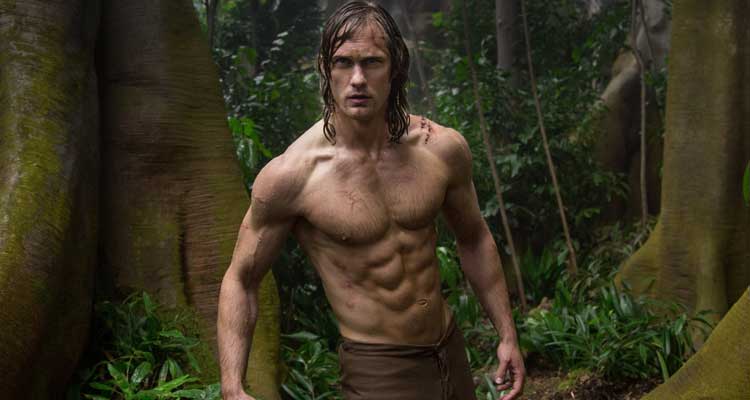 Alexander Skarsgard – Interview for THE LEGEND OF TARZAN

One of the most iconic characters of the last 100 years returns to the big screen this month in ‘The Legend Of Tarzan’. The original 1912 novel ‘Tarzan Of The Apes’ by Edgar Rice Burroughs spawned 25 sequels, alongside theatre shows, video games, action figures and over 200 different movies. This current version from Harry Potter director David Yates stars Alexander Skarsgard (son of famed actor Stellan Skarsgard) as Tarzan and Margot Robbie as Jane. Movies Plus met up with Alexander to talk about life in the jungle.

How is your Tarzan different from previous incarnations?
Well I didn’t really know what to expect when I got the script. There’s been quite a few incarnations – obviously the whole series of novels over the century, it’s a very iconic character. I open the script and page one is him – John Clayton – drinking tea with the prime minister in London, having a very polite conversation. I thought it was such a brilliant way in to this iconic character where it’s not the ape man in a loincloth, it’s like this civilized Victorian gentleman who’s already been here for eight years and who’s perfected being a British Lord. And then he goes back to the jungle, so in a way it’s almost the opposite of the novel or most of the old Johnny Weissmuller movies, those are about ‘taming the beast’ in a way? This is about releasing the beast. This is about somebody who’s already perfected that and then slowly he goes from being Lord Greystoke to Tarzan again, so he goes back to a more atavistic state, which I thought was a lot of fun. It was such a brilliant take on a very classic character.

In terms of the physicality of the role, it looks pretty intense. What did you do to prepare for that in terms of diet and fitness?
It was a combination. It was a very strict diet. I wanted to put on weight to begin with so for three months I basically ate 7000 calories a day nonstop, just lifting weights to bulk up. Then the idea was, I didn’t want to look like a broiler, I didn’t want to get too big because it was important that when this guy moves through the jungle, it has to look like an animal, it has to look like someone who grew up there and survived there. And I didn’t want him to be massive. It was important to put on weight but I also wanted to work on flexibility and to be nimble and fast, moving through the jungle. So it was a combination. Phase one was just eating and doing weights to bulk up and then a month or six weeks before principal photography we went down to six smaller meals a day and started doing a little bit more cardio and yoga and Pilates and that sort of stuff, and working with Wayne Mc Gregor on movement stuff, so to incorporate that. I still had a bit more volume than I did (before) but I was kind of lean.

What was it like working with Margot Robbie? Everybody loves Margot Robbie
Everybody loves Margot Robbie for a reason. She is the most loving warm human being, generous and sweet. Just unbelievable. And it was very important reading the script and when I first started talking to David (Yates, director) about the relationship between John and Jane. The whole second act of the movie is basically them trying to get back together. So you have the first act of the movie where they’re in love and then they get separated and the drive is basically for them to get back together like when he’s charging through the jungle it’s for him to get back with Jane. It’s obviously crucial that you have to be invested in this relationship – you have to believe in the love and feel for these people because if you don’t root for them to be together then we don’t have a movie and we only have twenty or thirty minutes in the beginning to set that relationship before we’re separated. But then, when Margot was interested and I first met her it took three seconds. I mean, how could you not have chemistry with this woman because she is so warm and so loving. It’s a true pleasure to work with her.

Wasn’t there a point where she hit you on purpose for the love scene?
Yeah there’s a moment where we come back to the village where Jane spent her teenage years, and that’s where she met Tarzan and they fell in love and they stayed there and then they went back to London. When they return to the village, that’s kind of the first time you see them having an intimate moment together. We wanted it to be animalistic I think because shortly after that we are separated and you want to feel that passion. David (the director) was like ‘I want it to be intense, I don’t want it to be sweet and pretty. We have those moments in the movie but this is primal’ So we shot it that way and David was like ‘Go for it Margot’ and she did. So I fight gorillas and leopards and everything in the movie but the only time I got injured was with Margot. 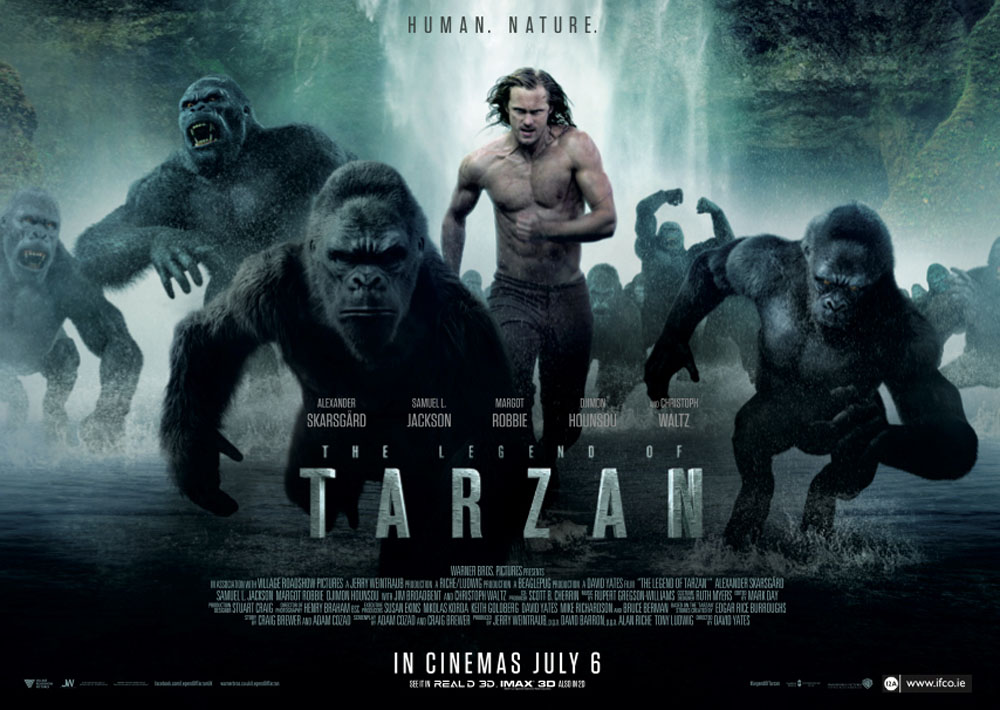 How was it working with so much CG?
Sometimes it would be a ball on a stick or a sandbag or a stunt guy in a big costume. Or sometimes it was nothing. Sometimes there would be an emotional moment with an elephant and it would be a tennis ball on a seesaw… It was interesting. I was excited because it was a new process. I’ve never done that before. They would show me pre-vis of what it would look like, visualized. So they would say ‘This is what it will look like, the elephant comes up here and you do this’. You just have to have that in your head when you play the scene with the tennis ball.

Is it fun?
It was! And the thing is, I was – I won’t say concerned but – when I heard they were going to shoot the whole thing in London I was like, is it just going to be a green box with no props, no set, nothing around us but then I got there and it was incredible. The sets they built – they had two hangars that they turned into jungle sets that were 200 meters long with real trees, real bushes, real leaves, real river running through the mountains inside. Climate controls so they could push a button and suddenly it was like monsoon rain. On the back-lot they planted African grass, so they had real African grass, in this industrial area in Watford. A village, a colonial town, a quarry – it was incredible. So we had real physical massive sets, which helped, even if we didn’t have animals. We had some real chickens and goats actually.

THE LEGEND OF TARZAN is In Cinemas July 6th