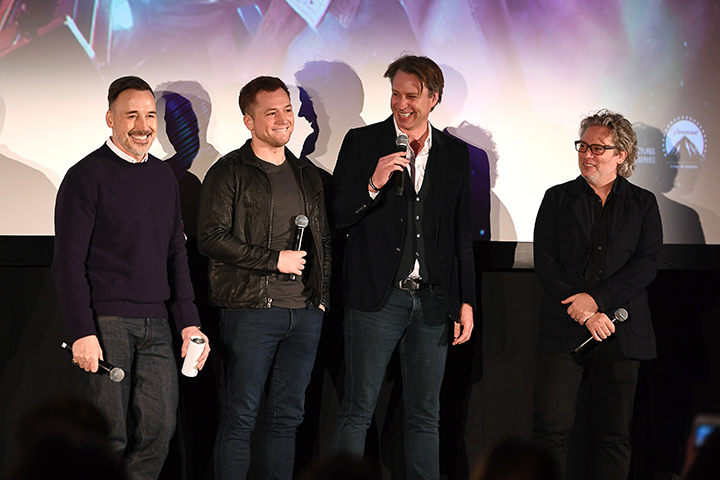 “It’s a story about someone who was not well becoming well,” Egerton told Movies.ie and other press gathered for a preview event at London’s iconic Abbey Road studios. “What I felt was very special about this project is largely down to Elton’s very specific personality type, and especially him having gone through recovery, which I think leads to a certain quality of openness and candidness,” Egerton said, “It’s right at the heart of what makes ‘Rocketman’ quite special because Elton gave me the licence to go and make him look quite ugly at times, that was always very important to me”

Preview footage shown to press included Elton John songs ‘Crocodile Rock’, ‘Your Song’ and ‘Saturday Night’s Alright For Fighting’, each song focusing on a different part of Elton’s life, the later was staged in a fantastical colourful scene that wouldn’t have looked out of place in ‘Moulin Rouge’.

The movie doesn’t start as you might expect, the Kingsman star revealed that “The movie begins with Elton marching into rehab in a real bad way, sweaty, grinding his teeth and that’s our jumping-off point for the film. We learn his life through him recanting his experiences from this therapy room.”

Director Dexter Fletcher added that the film is a rendition of Elton’s story told from the singer’s perspective, “Elton is our storyteller in the film, and it is his memory of those times, and sometimes our memory plays tricks on us or we remember things in a particularly colourful or different way, and I think that’s the idea we are playing with”. “We reveal our hearts through a song,” he continued, “Music is one of those great mediums that cuts down a lot of barriers. If a song gets you, it grabs your heart and it moves you.” The songs allow a character in the film “to open their heart and expose who they are and show their vulnerability.” 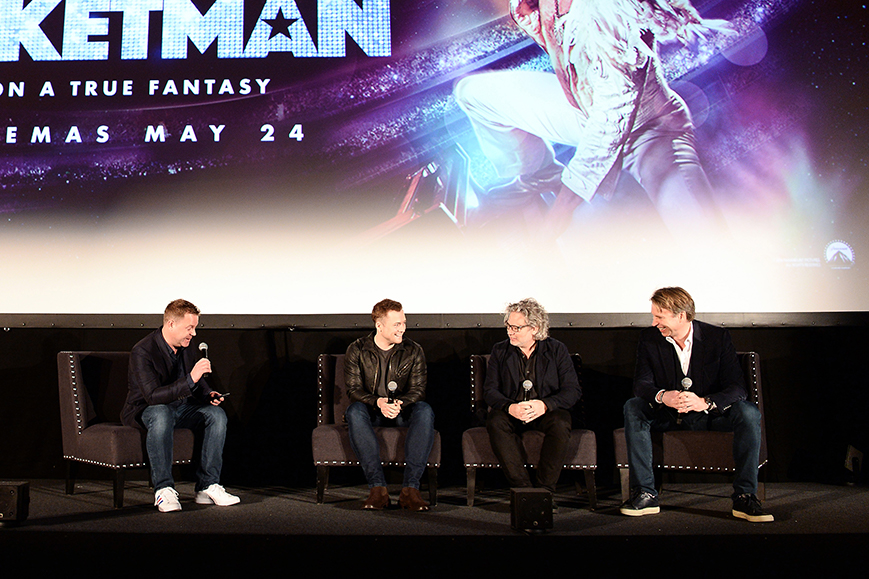