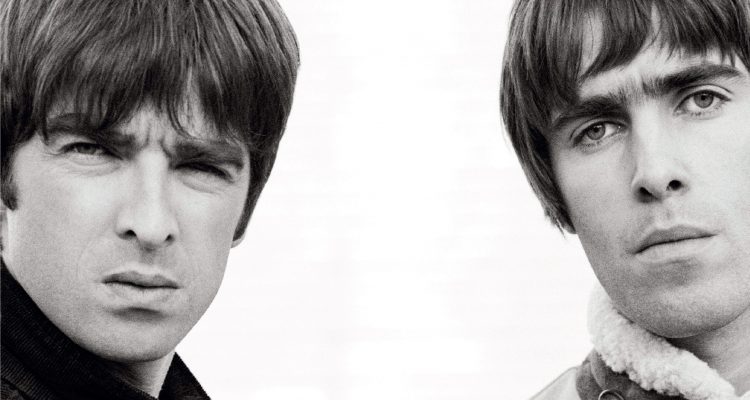 SUPERSONIC (UK/15A/122mins)
Directed by Mat Whitecross. Starring Liam Gallagher, Noel Gallagher, Paul Arthurs, Paul McGuigan, Peggy Gallagher
THE PLOT: Filmmaker Mat Whitecross takes a look back over the early years of Oasis, from their start, through their very public and well documented rows, to the culmination of their success two and a half years into their career; playing the famous Knebworth arena.
THE VERDICT: Robbie Williams very famously partied with Oasis at Glastonbury mere weeks before he left Take That in 1995, and the idea that Supersonic director Mat Whitecross also directed Take That’s music video for The Flood – when Williams had rejoined the boyband – is an interesting circle to come in. But then, Supersonic is nothing to do with Robbie Williams, and everything to do with the generation defining three years that made Oasis the biggest band in Britpop… No matter which side you come down on the Blur Vs Oasis debate.
‘Supersonic’ starts and finishes with the famed Knebworth concert in 1996, before going back to analyse the short road from the band getting signed to playing such a monumental concert. Through new interviews with Liam and Noel Gallagher, as well as label head Alan McGee, and the Gallaghers’ mother Peggie, the audience has the chance to live the Oasis mania over again, through the eyes of the band themselves. Noel and Liam show off their wit throughout the interviews, making sure that the audience knows their respect for one another – even though they seemingly have not spoken in years – as well as just how drug addled they were at the time. As well as the interviews, the film is made up of archive footage of Oasis at their height, as well as never before seen footage of recording sessions. The film is curated like a scrapbook, with animations underlying the feel of a nostalgic walk through the past.
What becomes clear throughout the film is the raw talent and skill that was present in Oasis, and it was this that was not only the thing that made them great, but also what pulled them apart. The volatility of the Gallaghers’ relationship is all too evident, as is the love and respect they have for the fans that listened to their music and gave them the fame that they enjoyed. This last idea is an interesting one when juxtaposed with the feeling that the band – in their own words – “didn’t give a fuck”, and it is this contrast that made the band work, and makes the film work so well.
‘Supersonic’ is filled with the Oasis songs that we know and love, as well as concert footage from their famous gig at Maine Road in their home town of Manchester, and Irish fans will get a particular thrill at the footage of the band’s gigs at the Point in March 1996 featuring in the film, reminding us all of how crap The Point used to be, and that being the reason why we absolutely loved it.
In all, ‘Supersonic’ is obviously a film for the fans of Oasis, but it is also a nostalgic walk down memory lane to the Britpop glory days of the 1990s, and the idea that a band from a council estate in Manchester could capture the feeling of a generation so completely. The decision to end the film at Knebworth in 1996 makes the film feel contained, and although the band soldiered on for many years after this, there is enough told in the chemistry of the band to know just why it all had to come to an end.
RATING: 5/5
Review by Brogen Hayes