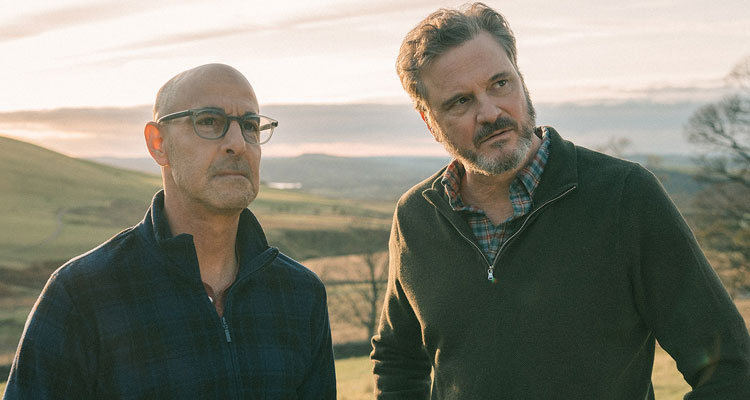 The Plot: Pianist Sam (Colin Firth) and writer Tusker (Stanley Tucci) have been together for a long time, but their quality time together is becoming limited as each day passes. Tusker was diagnosed with dementia two years before and has come to terms with what this means for both of them. The person that Sam loves will in time slip away as his mind fractures to the point where memory and recognition are no longer there. Sam is putting a brave face forward and doing what he can to support Tusker, but he’s unprepared for what lies ahead. As they head into the Lake District on a camping van holiday, some home truths need to be said…

The Verdict: In astrology, a supernova is the explosion of a dying star which increases in luminosity during this event. In the film Supernova, it becomes a metaphor for a character’s decline as he succumbs to the unfortunate ravages of dementia (a trending theme in a number of recent films including The Father). At least that’s what it appears to be. The luminosity of the character’s decline is there, as we learn about his sense of humour and his gradual acceptance of his situation. What sets Supernova well apart from any number of predictable disease-of-the-week movies is that it doesn’t force that decline on an audience in a manipulative and tear-jerking way. Writer/director Harry Macqueen’s film is more sophisticated in its structure, posing thoughtful questions about the fundamental nature of a relationship when an unwanted crisis is forced upon it.

The movie is delicately structured as a road trip between two men in a lived-in relationship, but with that sense of humour that comes with spending a long time with one person. Sam and Tusker bicker in a gentle manner, saying a lot with a few words and a knowing glance. The audience is clued in early on that Tusker has not yet reached that point of no return in his condition and this is the key to the film. They spend time together enjoying the countryside and meet up with old friends, but there’s a gnawing worry that things won’t be the same in a few months time. How Macqueen deals with this over the course of just 95 minutes is quite startling and beautiful in its simplicity. While his characters gaze at the stars, he seems to be suggesting that that sum total of a human’s life experience is as epic as anything the universe can offer. All of this is done in an emotive way that is grounded and realistic.

Here’s a mature and considered piece of filmmaking from a relatively young filmmaker about older characters from a different generation – one is reminded of Macqueen’s fellow British contemporary Andrew Haigh and his film 45 Years. For a second feature, Supernova is careful filmmaking which gets to grips with what makes the relationship between Sam and Tusker tick – even if it’s wobbling slightly when we join them. It helps that he cast two actors who already know each other so well. With that shorthand in place, Colin Firth and Stanley Tucci play off each other to brilliant and often moving effect. Originally cast as Tusker, Firth suggested that he and Tucci switch roles. Firth’s instincts were right – Sam is the stoic one, the reserved Englishman in torment because he can’t process the harsh reality in front of him. Tucci is in quiet acceptance of what is about to happen and he plays that to dignified effect.

Supernova shines bright throughout, with a strong emphasis on character, performance and what it means to love and be loved by another human being. Amidst the sound and fury of summer blockbusters, Supernova is a cinematic tonic that is good for the body and soul. Macqueen manages to say a lot with reduced dialogue and letting the anguish of the predicament play out on the faces of his lead actors (never better). Impressive filmmaking all round, marking Macqueen as a serious talent for the future. 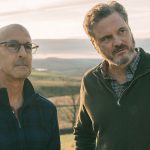