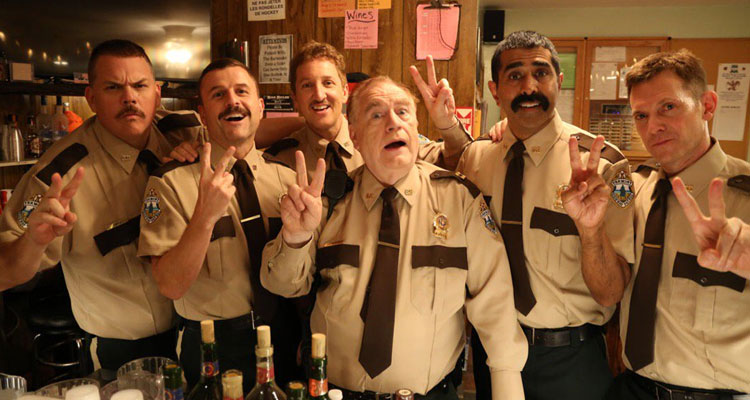 Everyone’s favourite law enforcement team is back by popular demand with the long anticipated follow up SUPER TROOPERS 2, opening in Irish cinemas June 15. Check out a new clip from the comedy sequel below.

When an international border dispute arises between the U.S. and Canada, the Super Troopers- Mac, Thorny, Foster, Rabbit and Farva, are called in to set up a new Highway Patrol station in the disputed area. Unconventional police work follows, and the result is…SUPER TROOPERS 2.

SUPER TROOPERS 2 is in Irish cinemas from June 15.