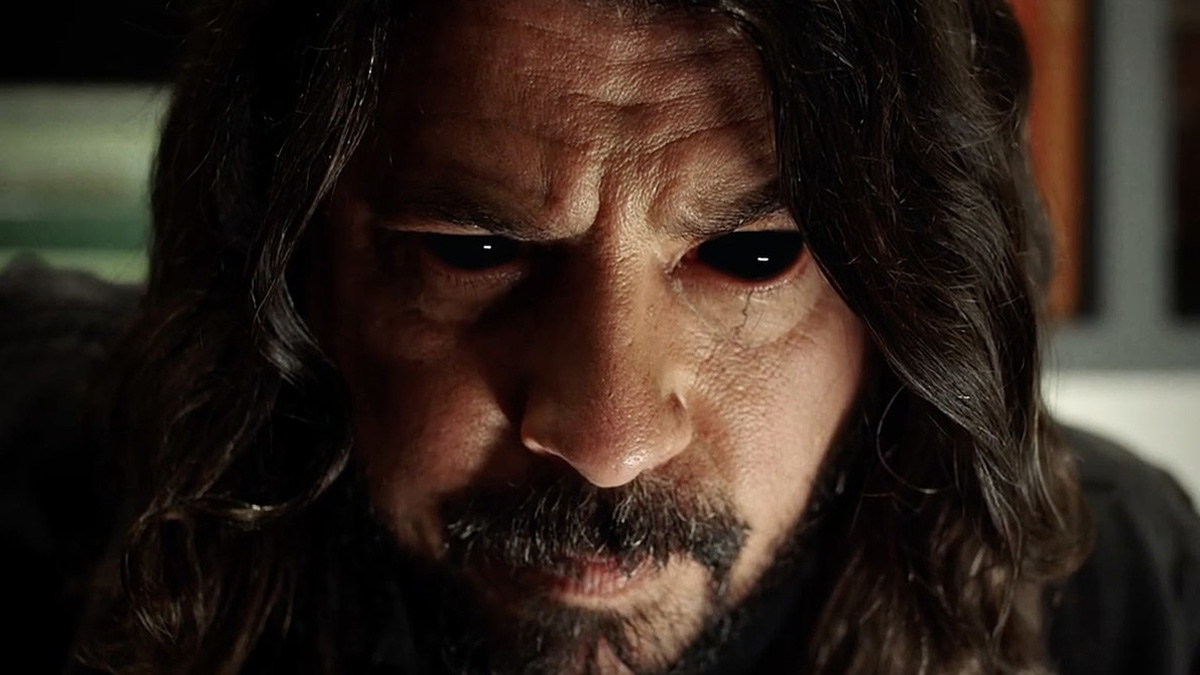 The Plot: The Foo Fighters are gearing up to record their 10th album. Looking for a cool place to pick up funky vibes, their manager suggests a mansion in Encino, California with a decorated rock n’roll history. There is something off about the place though including an irritating, nosy neighbour and the inconvenient fact that a technician gets fried in a freak accident. When frontman Dave Grohl is hit with writer’s block, he discovers a mystical book and song that unleashes a demonic spirit. Now possessed and with his mojo back, Dave is determined to get the album finished at any cost…

The Verdict: Rock bands in horror films are not as uncommon as one might think. In Tony Scott’s stylish vampire film The Hunger, English rockers Bauhaus made a striking appearance in the opening sequence suitably intoning the song Bela Lugosi’s Dead. And so that legacy continues with The Foo Fighters, who have made a full-throttle horror film on the sly with Studio 666. The result is a bizarre curio that will delight hardcore horror fans and fans of the band – or both simultaneously as it chucks out guts and gore with demonic glee. On other hand, it’s perhaps too gonzo for the average filmgoer raised on studio-made diet horrors with suspiciously low certs. There is also the overall air of a horror film that got lucky in the theatrical department and might otherwise have disappeared onto some streaming platform with little fanfare.

The film itself is something of a happy accident. While working on a new album in a spooky old California mansion, Dave Grohl was approached by a film company wanting to do a horror film with them. He came up with a concept for it and the rest was developed with writers Jeff Buhler and Rebecca Hughes. So, there is that meta element at play. The band essentially play themselves as they hang out, eat take-out, argue about the lack of progress being made and then descend into madness as Dave gets possessed and the spirits of a 90s rock band also rise up to take them all out. It’s a daft concept for sure and doesn’t try to overstretch itself beyond its three-star execution by Hatchet III director BJ McDonnell. It’s terrible and brilliant in equal measure, so settling roughly somewhere in-between seems appropriate.

Terrible in the wildly variable range of acting on display from the band (Grohl admits to not being an actor or even attempting to be one) to the supporting players like Will Forte’s spaced-out delivery dude. Brilliant in the way that it turns the kill volume up to 11 and then dishes out precision gore that will sate the appetite of the most devoted gorehounds. Subtlety is not something that the band referred to in developing the film, but that does create some comedic elements. The film further establishes its horror credentials by engaging John Carpenter and his son Cody to compose the score and it’s an evocative Carpenter family original. The Carpenters also cameo as themselves, with John amusingly sporting a Snake Plissken eyepatch (someone give him a new directing gig please before he departs this world). It’s all very knockabout horror that is cheap in concept but actually looks and sounds good on the big screen, thanks to decent visual effects and old-school practical make-up effects. Studio 666 is a rock(y) horror picture show that doesn’t try to be more than what it is, tongue firmly impaled in bloody cheek. Go see – if you dare. 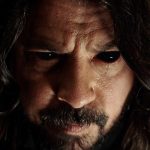