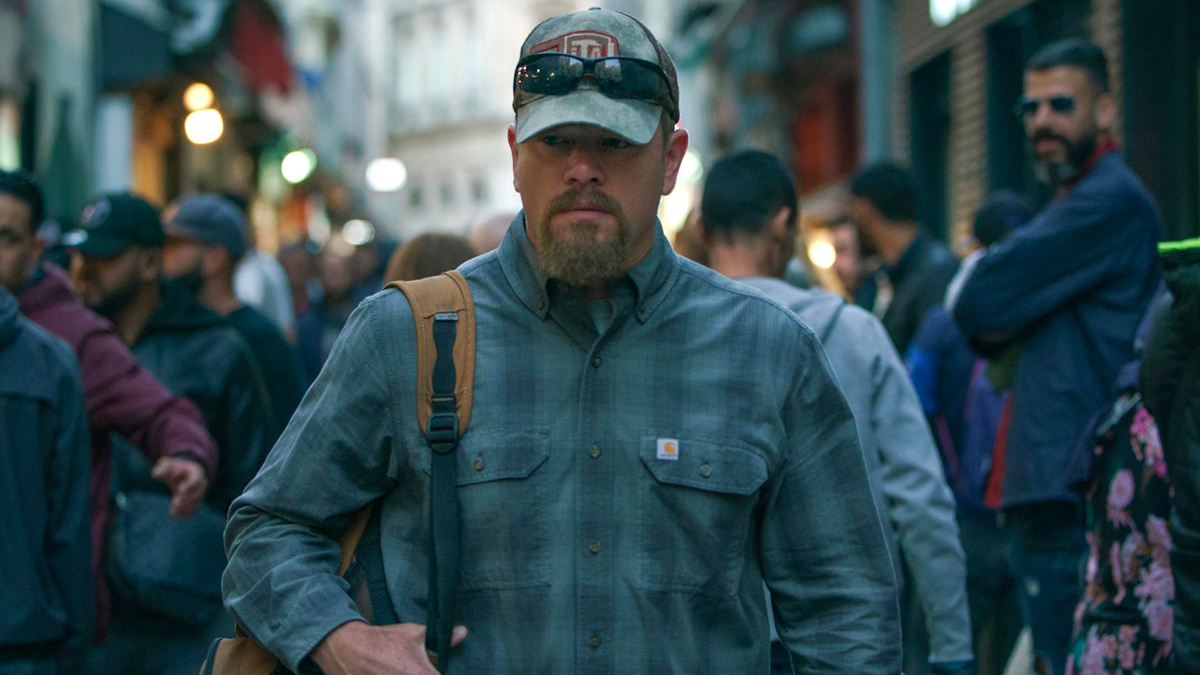 The Plot: American blue collar worker Bill (Matt Damon) is going through hard times, not just in his professional life but also his personal life. His daughter Allison (Abigail Breslin) has spent the last five years in a French jail, convicted of the murder of her lover Lina. Bill stubbornly believes in his daughter’s innocence and is intent on producing new evidence to clear her smeared name. Allison has moved on though, accepting her fate with only an occasional day of parole for good behaviour. With the help of theatre actress and translator Virginie (Camille Cottin), Bill hits the mean streets of Marseille to find answers…

The Verdict: Actor and director Tom McCarthy’s new film Stillwater has been hitting the headlines for the wrong reasons recently. If the plot sounds familiar, it’s because it’s loosely based on the infamous trial, conviction, imprisonment, re-trial and subsequent acquittal of one Amanda Knox. She claims that the filmmakers ripped off her story without her consent and at the expense of her reputation. McCarthy has said that he and his team decided to leave her case behind and just focus on the American student abroad scenario. It’s a juicy tidbit of information to form the backdrop of Stillwater – named after the Oklahoma town in which the story begins. Knox need not worry that much. Stillwater isn’t up to much as either a drama or a thriller, the trailer pumping it up as a tense watch but it oddly doesn’t go anywhere significant.

The setup places Dalkey’s favourite former resident Matt Damon as overly concerned father Bill railing against a foreign justice system he doesn’t understand. He’s a hard-headed, Trump-supporting, gun-toting American abroad who believes he’s right and can solve problems by bending and potentially breaking the law to suit his own ends. Given his own difficult past, he’s not unfamiliar with the inside of a jail cell himself. He argues with Allison about what her future holds and determines to find a solution to her conviction – one that doesn’t involve courtroom theatrics, duelling barristers and last-minute reprieves. There are the guts of a moving father-daughter story here, which does at least ground the film in an acceptably gritty reality. Damon and Breslin work hard to create that inner conflict but mutual respect between their opposing characters and they remain watchable throughout. It’s the rest of the film that puzzles.

There’s a strange inertia running throughout the film, right through to the anti-climax of an ending (all that’s missing is the American flag fluttering in the breeze). This mostly stems from McCarthy’s unwillingness to get to grips with the story in his uninspiring script with Marcus Hinchey and Thomas Bidegain. Did she / didn’t she? Even McCarthy doesn’t seem to care, unreasonably shifting the dramatic weight onto his actors to prop up the film instead and keep it moving. Plots, sub-plots and supporting characters come and go at will without any real narrative depth. Just when it looks like the film might be going down the Prisoners route in dealing with a potential lead, McCarthy then chickens out as if he didn’t know how to resolve it. There’s little attempt to connect these random scenes together in a meaningful way that gives the narrative a driving purpose. It’s half an hour longer than it needs to be as well, drawing out its tabloid-ish story unnecessarily.

Stillwater has the roots of a good film that unfortunately got pulled up and lost somewhere in the scripting and editing stages. Had it not been for Damon and Breslin, this would be almost indigestible as a film. It’s hard to shake off the overall impression that Stillwater is stillborn, a film that never really takes flight and thereby squanders its interesting potential.