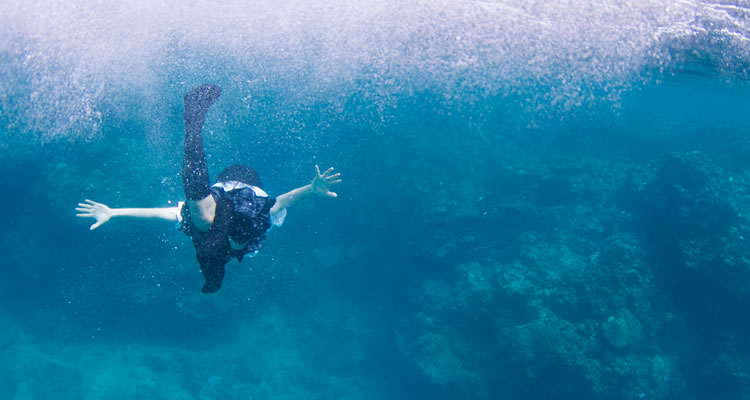 STILL THE WATER (France/Japan/Spain/IFI/121mins)
Directed by Naomi Kawase. Starring Nijiro Murakami, Jun Yoshinaga, Miyuki Matsuda, Tetta Sugimoto, Makiko Watanabe, Jun Murakami, Hideo Sakaki.
THE PLOT: When teenager Kaito (Murakami) discovers the naked, tattooed corpse of a man, it sends shockwaves through the subtropical island community. Most are concerned how a dead body might be bad for business, but Kaito quickly has bigger fish to fry – his girlfriend, Kyoko (Yoshinaga), is none too happy that he had ran from their seaside meeting spot the night before. Then again, it’s clear that Kaito is hardly Barry White – when Kyoko tells him that she loves him, Kaito merely replies, “Thanks”. The fact that the two have largely absent or ill parents would suggest these teenagers need one another, but love of any sort rarely runs smoothly. Besides, there’s the mystery of that dead guy to get back to at some point as well…
THE VERDICT: Cannes favourite Kawase takes a step away from her grandiose earlier outings, such as 2007’s THE MOURNING FOREST and 2003’s SHARA, for this stripped-down subtropical tale that, as expected, is beautiful to look at but, thanks to a flat script, hard to love.
It’s one of those films where you know there are layers upon layers of meaning in even the slightest gesture, but the simple truth is, you often get the impression that STILL THE WATER doesn’t quite know what it’s doing. For all the beauty, and all the teen angst, and the noir bookend, STILL THE WATER feels, well, a little shallow.
RATING: 3/5
Review by Paul Byrne