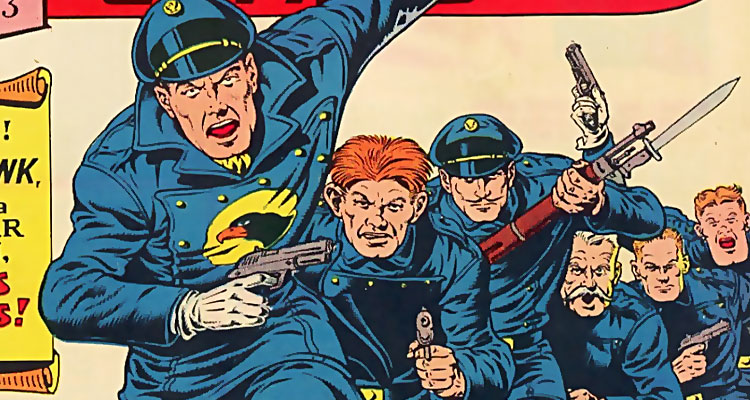 Legendary filmmaker Steven Spielberg, who is coming off the success of his adaptation of Ernest Cline’s ‘Ready Player One,’ is set to produce a movie based on DC Comics’ WWII-themed title ‘Blackhawk,’ with an eye toward directing.

“In the world of comics, ‘Blackhawk’ is a wartime adventure series focusing on the titular Blackhawk, who commanded a squadron of ace pilots also known as the Blackhawks or the Blackhawk Squadron. The squadron would battle the Axis powers, as well as more fantastic super-villains and war machines, such as the memorable shark planes, which could operate in water as well as in the air. While the team debuted in 1941 in the heart of comics’ Golden Age, they’ve also been adapted to the modern era as a part of The New 52 and have spawned a well-known DC heroine, Lady Blackhawk, who joined the series in the late 1950s.”

The film will reunite Spielberg with Warner Bros., the studio behind ‘Ready Player One.’ David Koepp, who has collaborated with Spielberg as a screenwriter on ‘Jurassic Park,’ ‘The Lost World: Jurassic Park,’ ‘War of the Worlds’ and ‘Indiana Jones and the Kingdom of the Crystal Skull,’ will take scripting duties.

Announcing the project, Toby Emmerich, Chairman, Warner Bros. Pictures Group, stated, “We are so proud to be the studio behind Steven Spielberg’s latest hit, and are thrilled to be working with him again on this new action adventure. We can’t wait to see what new ground he will break in introducing ‘Blackhawk’ to movie audiences worldwide.”

READY PLAYER ONE is in cinemas now.