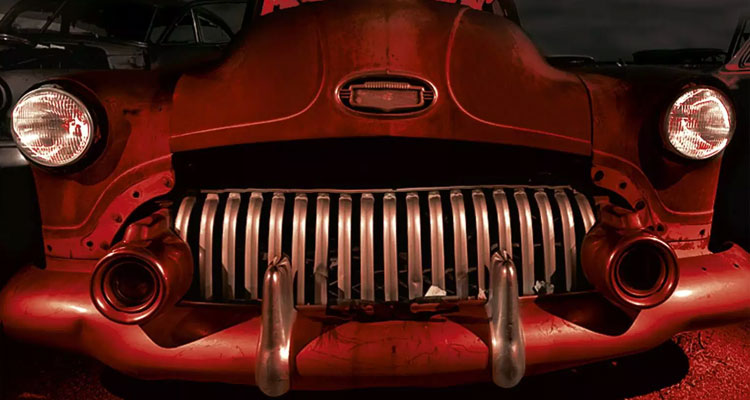 Stephen King’s FROM A BUICK 8 Next for Feature Adaptation

Yet another Stephen King novel is headed to the big screen. Mike Fleming over at Deadline is hearing word that William Brent Bell (’The Boy,’ ‘Wer,’ ‘The Devil Inside’) has been tapped to direct an adaptation of King’s bestseller ‘From A Buick 8.’

The book, published in 2002, centres around the rural town of Statler, Pennsylvania where the state police have kept a mysterious 1954 Buick Roadmaster in the shed behind the barracks for over twenty years. But when the town is plagued by strange and supernatural events, it turns out the Buick isn’t exactly a car- it’s a door to another dimension.

Ashok Amritraj over at Hyde Park Entertainment is on board to produce, with Addison Mehr and Priya Amritraj serving as executive producers.