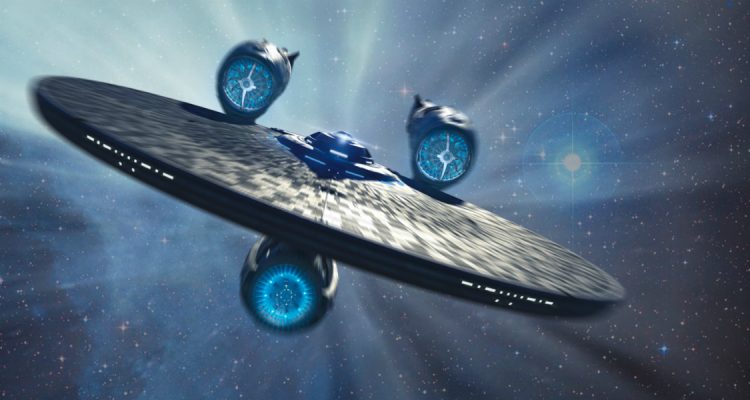 STAR TREK BEYOND (USA/12A/120mins)
Directed by Justin Lin. Starring Chris Pine, Karl Urban, Zoe Saldana, Zachary Quinto, Simon Pegg, Idris Elba, Sofia Boutella, Anton Yelchin.
THE PLOT: “It’s easier than you think to get lost”; three years into their five-year mission through space, the crew of the USS Enterprise set out on a rescue mission from Federation Starbase Yorktown. Deep in a nebula cutting off radio contact, the Enterprise is attacked leaving Captain Kirk (Chris Pine) and his closest cohorts stranded on an unknown planet, struggling to find a way back home.

THE VERDICT: One of the most anticipated blockbusters of summer 2016 is finally here, and the good news is that giving the screenplay to certified fanboy Simon Pegg – and co-writer Doug Jung – and direction to ‘Fast & Furious’ alum Justin Lin means that ‘Star Trek Beyond’ is fun, action packed and touches on just the right amount of humour.

The cast are all back for this new instalment; Chris Pine, Zoe Saldana, Karl Urban, Zachary Quinto, Anton Yelchin, Simon Pegg and John Cho all reprise their roles – it’s rather heartbreaking to see Yelchin get a huge amount of screentime in this outing, since the film was not only to be his last Star Trek flick, but is also dedicated to him – and they are joined by Idris Elba, Shohreh Aghdashloo, Sofia Boutella and Danny Pudi. All do well in their roles, with Elba making Krall menacing and frightening, Simon Pegg delivering his best Scottish accent and most humourous lines to date, Sofia Boutella bringing some fun and much needed new blood as Jaylah and Anton Yelchin obviously having fun with his action packed role.

Screenwriters Doug Jung and Simon Pegg have learned from the problems with ‘Star Trek Into Darkness’ and made the story of ‘Star Trek Beyond’ smaller, for the most part. There is plenty of action and comedy, which are carefully balanced, and this new story fits well with the films that have gone before. Moving the action to deep space was a stoke of brilliance, as was separating the characters throughout the film so the audience gets to see some new dynamics at work. The dialogue is fun throughout – and there is even a nod to one of Pegg’s past projects in the film – and difficult situations are dealt with tactfully and respectfully.

As director, Justin Lin brings the energy of his previous work to ‘Star Trek Beyond’, making the two hour running time zip past, and keeping the audience engaged as we see familiar characters thrown into something well outside their comfort zone. The pacing is strong and the comedy well timed, with the nods to the past 50 years of ‘Star Trek’ subtle but warm. There are times when the film struggles to maintain that warmth, however, and by the time the villain’s motivation is given it’s almost… almost too late. That said, there is a lot of fun to be had with ‘Star Trek Beyond’, particularly the final set piece, which is only marginally too long.

In all, ‘Star Trek Beyond’ learns from the mistakes of ‘Star Trek Into Darkness’, with Simon Pegg and Doug Jung delivering a strong script full of heart, comedy and warmth. Justin Lin ramps up the action throughout the film and the cast do well in their roles, with franchise newcomer Sofia Boutella easily stealing the show. Issues arise with keeping the audience engaged and the final set piece feeling drawn out, but ‘Star Trek Beyond’ is as fun as it should be.