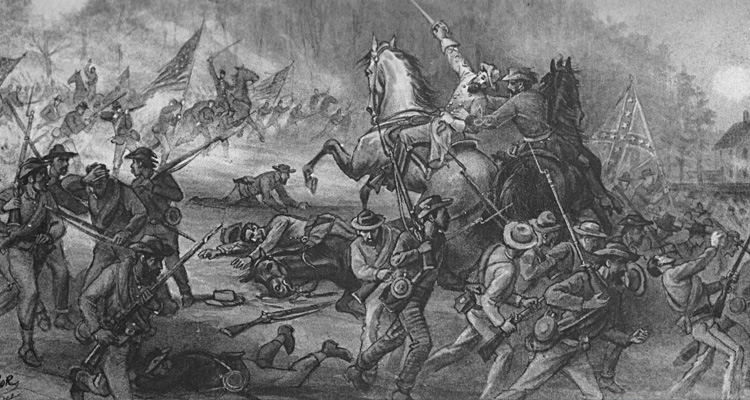 Stanley Kubrick’s THE DOWNSLOPE Being Developed As A Trilogy

Marc Forster (‘World War Z,’ ‘The Kite Runner,’ ‘Quantum of Solace’) has signed on to direct and produce ‘The Downslope,’ the first in a proposed trilogy based on Stanley Kubrick’s original 1956 screenplay.

A “sweeping, historical action-drama,” ‘The Downslope’ focuses on a bitter, strategic series of Civil War battles in the Shenandoah Valley between Union General George Armstrong Custer and Confederate Colonel John Singleton Mosby, known as the Gray Ghost for his stealth and elusiveness. His cavalrymen, known as Mosby’s Rangers, continually outsmarted the much larger enemy forces in a sequence of raids, which enraged Custer and eventually created a fierce cycle of revenge between the two men.

The succeeding stories will expand upon Kubrick’s original story and journey west, as post-war Americans settled the new frontier, delivering on the country’s unbending ambitions and dreams of Manifest Destiny.

Kubrick penned the project following the release of his allegorical war film ‘Fear and Desire,’ and prior to directing his seminal WW I period piece, ‘Paths of Glory.’ The notable filmmaker – who died in 1999 – spent years shaping the script with renowned Civil War historian Shelby Foote, creating detailed maps and notes as to how he planned to shoot the movie.

Producers Lauren Selig (‘Lone Survivor,’ ‘Everest’), Barry Levine (‘Hercules,’ ‘Oblivion’), and Reneé Wolfe, who recently worked with Forster on ‘All I See Is You,’ are helping to develop the project. The movie has the full support and encouragement of Kubrick’s family.