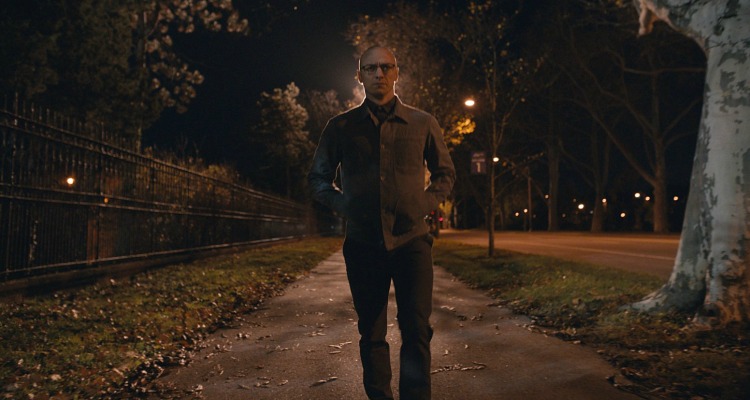 SPLIT (USA/15A/117mins)
Directed by M. Night Shymalan. Starring James McAvoy, Anya Taylor-Joy, Haley Lu Richardson, Jessica Sula, Betty Buckley.
THE PLOT: After Casey (Anya Taylor-Joy) goes for a meal with some of her classmates, she accepts a lift home from one of their parents. As Marcia (Jessica Sula) and Claire (Haley Lu Richardson) are engrossed in their phones in the backseat of the car, it is only Casey who notices that the man who gets into the driver’s seat is not her friend’s father. When the three awake in a locked room, they realise they have been taken hostage, but not by one person; it seems as though there are many personalities living inside one man’s body.
THE VERDICT: ‘Split’ feels like a companion piece to ‘Unbreakable’ in some ways, M. Night Shymalan’s 2000 thriller, in that this is a film that focuses on the physical aspects of one person, and whether the power of suggestion and belief is enough to change someone physically. While there may be merit to this idea, the fact that ‘Split’ is a film about a man struggling with multiple personalities, but the film focuses on the physical, is problematic from the beginning.
The cast of ‘Split’ do well in their roles, Anya Taylor-Joy makes Casey the heart of the film, and the more we learn about her, the more we empathise with this seemingly vulnerable character. Jessica Sula and Haley Lu Richardson have less to do, but they hold their own on screen, and Betty Buckley makes Dr. Fletcher an engrossing character, as she struggles to get through to the young man in her care. James McAvoy plays every other character in the film, to illustrate the fact that he is a man living with Dissociative Identity Disorder. McAvoy does well with most of the characters, making them feel fully fleshed out and real, and any disservice he manages is the fault of the script, and not the man who plays a 9 year old, a prissy and controlling woman, a flamboyant fashion designer and someone a lot more sinister.
M. Night Shymalan’s screenplay is divided into three parts; the kidnap drama, the sessions that McAvoy has with his therapist Dr Fletcher, and flashbacks to when Casey went hunting with her father and uncle. The flashbacks help to round Casey out, and allow the audience to understand why she responds differently to her situation than the other girls she is captured with, while there are times when the kidnap drama is interesting and engaging, especially when interspersed with a seemingly well-balanced character going to therapy. It is in the second and third acts of the film that everything begins to fall apart; the depiction of mental health – and the manifestation of the idea that your thoughts influence your body – is a troubling one, and never truly sits well with the rest of the film. The idea of watching a man struggle with multiple personalities on screen has never truly been done so explicitly before, and watching Casey react to them is an interesting one, but Shymalan treats the character’s mental health issues like a path to superheroism – much like Unbreakable – rather than something that exists within the world that we know.
As director, Shymalan tries to make ‘Split’ a good old fashioned thriller, but the world of the film does not feel heightened enough to support a character like the one – ones!? – that McAvoy plays. The portrayal of mental health issues in ‘Split’ are problematic from the start, and they only get worse as Shymalan tries to make his main character believable. The performances are strong in the film, but the pacing struggles, ‘Split’ looks great, but it is hard to shake the feeling that the film is silly, and potentially dangerous.
In all, ‘Split’ is a well-acted, well-shot but decidedly silly and problematic film. Anya Taylor-Joy and James McAvoy shine, but ‘Split’ is troubling in its depiction of mental health issues, and the film is simply too long for questions not to arise.
RATING: 2/5
Review by Brogen Hayes