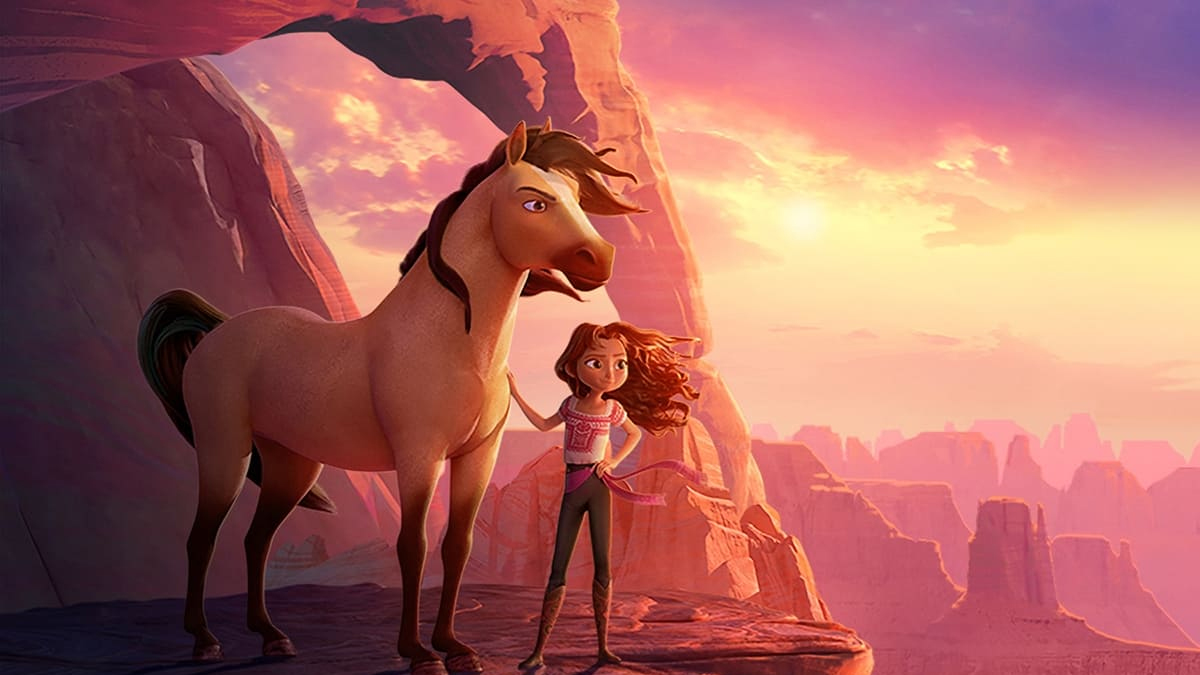 THE PLOT: Lucky Prescott (Isabela Merced), is a young girl with a wild streak, whose grandfather and aunt try their best with her but realise she needs to spend time with her father, since her mother died when she was a small child. Lucky’s mother was a circus performer whose speciality was horse riding, and in the small frontier town of Miradero, Lucky finds her life changed forever when she befriends a wild horse named Spirit.

THE VERDICT: Part of the Spirit franchise – which also includes Spirit: Stallion of the Cimarron and the Netflix spin off Spirit Riding Free – Spirit Untamed boasts an impressive voice cast, including Jake Gyllenhaal, Mckenna Grace, Andre Braugher, Walton Goggins and Julianne Moore, all of whom bring warmth and life to the film which, combined with the brightly coloured animation and charming characters, help to bring the film to life.

The story , screenplay by Aury Wallington and Kristin Hahn, is pretty much the standard fare of a young girl finding who she really is in unexpected places, but the littlest horse fans in the audience will be enthralled with the horsey adventures as Lucky and Spirit try to find a way to be friends, as Lucky and her father try to figure out their relationship at the same time. There is plenty of adventure in Spirit Untamed, with Lucky being almost as wild as her horse friend Spirit, and certainly as headstrong. The parallels between the two are sweet and give the film a little more emotional heft, with the villain of the piece – bandit Hendricks (Walton Goggins) being more of a catalyst than an out and out threat, but a catalyst that gets Lucky in touch with herself, her heritage, and Spirit, all at the same time.

Spirit Untamed is director Elaine Bogan’s first feature length project, but she manages to coax charming if unexciting performances from the voice cast and pace the film well. Bogan also makes the adventurous parts of the film exciting and the quiet moments heartfelt, with the friendships in the film getting stronger as the running time elapses. There may be a few too many musical numbers and montages throughout the film however, with music also being used to crate much of the more complex emotion in the film, but the story manages to just about recover from this, with the friendships and relationships built throughout.

In all, there is a lot of charm to Spirit Untamed, but there is very little here for the non-horse fans in the audience, and is definitely one of the few recent animated film that is aimed at little people, with nothing much to keep the grown ups in the cinema entertained. That said, the film is harmless and charming, well animated and pretty; it doesn’t break the mould, but sometimes the mould is just fine as it is.