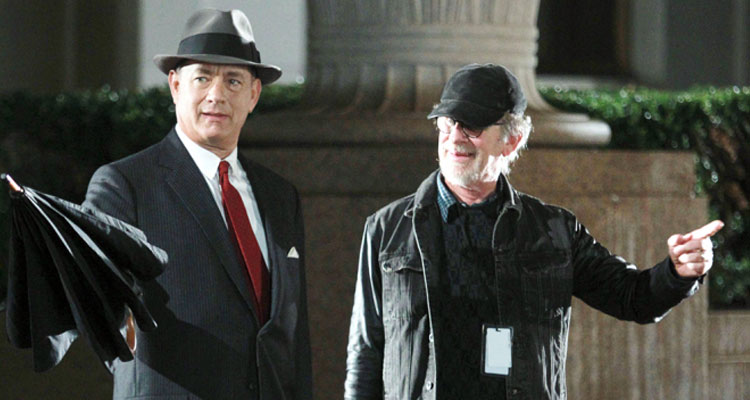 It’s been three long, Spielberg-less years since The War Horse, and one of the most beloved directors of our time is about to make his comeback with Bridge Of Spies, starring Tom Hanks as a cold-war spy, and written by none other than the Coen Brothers. Arriving in Irish cinemas on November 27th, it’s merely Spielberg’s first step on his road back to taking over your local cinema. We’ve done a bit of digging, and here’s what we’ve found that he’s got on his upcoming slate:

A lot of us probably already know the 1989 animated adaptation of the Roald Dahl classic kids book, and the idea of Spielberg taking it on with his use of cutting edge of special effects gets us very excited. With his cast including Rebecca Hall, Bill Hader and Jermaine Clement, Spielberg used to be synonymous with family movies, but aside from The Adventures Of Tintin back in 2011, he hasn’t actually made a kids-friendly movie since Hook in 1991. Here’s hoping this is how he teaches younger kids just how amazing a director he actually is.

Based on the blockbuster novel by Ernest Cline, telling the story of a dystopian future in which everyone is hooked up to a massive online world, and when the creator of the world dies and leaves behind his vast treasures to one of the players, two plucky teenagers must face danger from all sides in an effort to win. Yes, it’s essentially a mix of Willy Wonka and The Matrix, and casting is still ongoing, with the frontrunners including Me, Earl And The Dying Girl’s Olivia Cooke and our very own Barry Keoghan.

“I’ll probably do Indiana Jones 5 with Harrison Ford.” That was Spielberg talking, and the most committal thing he’s said about the project so far. There had been rumours a few years back that Shia LeBeouf was being lined up as a replacement, whereas the more recent story involved Chris Pratt taking up the whip and fedora. Either way, Spielberg is still getting first choice on the project, and with George Lucas out of the way, we can probably expect something closer to Raiders Of The Lost Ark than Kingdom Of The Crystal Skull.

IT’S WHAT I DO

In between Hunger Games and X-Men sequels, Jennifer Lawrence has found the time to hook up with Spielberg for his upcoming biopic on Lynsey Addario, a wartime photographer who was one of four journalists held captive by the Libyan army in 2011. The movie is based on Addario’s own memoirs, which has been adapted by the same guy who adapted The Hunger Games: Mockingjay Parts 1 and 2. Small world, eh?

Right now there’s not much information on the movie, with rumours of Javier Bardem taking the lead as Spanish explorer Hernan Cortes, who wages war against the Aztec emperor Montezuma II. Perhaps even more interesting is the fact that the script is being worked on by Steven Zallian (who adapted Schindler’s List for Spielberg), but was originally written over fifty years ago by Dalton Trumbo, the infamously black-listed screenwriter of Spartacus (who himself has a biopic of his life about to hit cinemas, the man himself being played by none other than Bryan Cranston).

THE BRIDGE OF SPIES is now showing at Irish cinemas