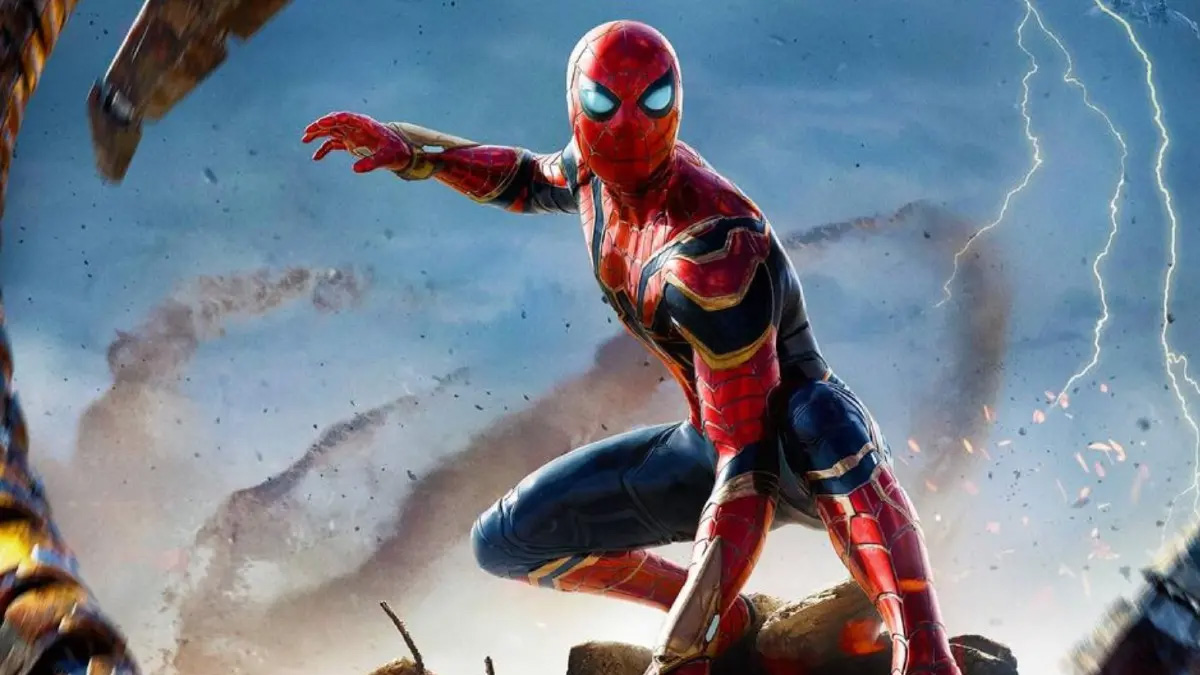 The Plot: Having being unmasked as Spider-Man by the late Mysterio, Peter (Tom Holland) now finds himself declared as public enemy number one. Much to the dismay of MJ (Zendaya) and Ned (Jacob Batalon), they now have to shield Peter from the intense media glare which perceives him as a threat that brings chaos in his wake. Peter approaches Doctor Strange (Benedict Cumberbatch) to cast a forgetfulness spell, to wipe any memory of Spider-Man’s true identity. The spell doesn’t quite work and becomes unstable. It temporarily opens up the multiverse and lets a number of former Spider-Man villains slip through. Not from his world, but parallel dimensions in the multiverse…

The Verdict: When it comes to Marvel films, they can be overhyped to the point of exhaustion. Case in point: Spider-Man: No Way Home, which bizarrely prompted a sold-out screening ticket on sale for thousands of dollars online. It’s the third standalone Spider-Man film that Marvel have co-produced with Sony which weaves its web much closer to the Marvel Cinematic Universe (MCU) than the two previous iterations of Spider-Man. Once the hype dies down, the lights dim and those familiar logos come up on the silver screen, it becomes clear that the hype on this one is justified. Not only that, but it also works hard to earn it too. Boy, does it deliver on those pent-up expectations as audiences ask themselves how Peter is going to deal with sudden fame / infamy and what that means for the public perception of their friendly neighbourhood Spider-Man.

The story picks up mere seconds after Far From Home, as Peter is put in the spotlight and has to defend his actions after his shock unmasking. What follows is a highly ambitious attempt by returning director Jon Watts and his cast and crew to take a deep dive into the world(s) of Spider-Man. Watts sets out to see how many rabbits can be pulled out of the magic hat – or perhaps from behind Doctor Strange’s cape and make all these heady elements work together in unison. Going down the legacy road is one already laden with dynamite, so tiptoeing around it carefully is challenging. 2007’s Spider-Man 3 suffered from the too-many-villains-spoil-the-superhero-broth syndrome, prompting a subsequent reboot. However, what co-writers Chris McKenna and Erik Sommers have done here is worthy of applause in its own right. The multiverse has been hinted at before and we’ll be seeing more of it next year in the Spider-Verse and Doctor Strange sequels. By spinning webs from the MCU Spider-Man to its legacy predecessors, they’ve found a way to bypass the multiple villain problem and forge a new path forward without any pitfalls.

As the MCU Spider-Man has to contend with potentially dangerous villains from the multiverse, his innate sense of justice and youthful belief that nobody is truly evil comes into play. This is the film’s trump card, overturning any confidence issues in how it will handle these legacy elements and more importantly not mess them up. Sam Raimi set the template, Marc Webb refined it and now Watts builds further on it by taking Spider-Man in exciting new directions. There’s a comfortably confident blending of these three multiverse worlds, best exemplified by one particular scene for the ages which prompted not one but two rounds of applause at this reviewer’s screening. Watts doesn’t lose sight of his own world here, bringing the story full circle and adding a surprisingly touching finale to remember. Holland acquits himself well among more seasoned players, but it’s that trio of Peter, MJ and Ned that is the beating heart of the story. Without their friendship, the film might not be as meaningful as it is.

Spider-Man: No Way Home isn’t a gimmicky cash-grab which plucks familiar faces from previous films and hopes it will somehow pass as convincing for a superhero-hungry audience. There’s a clever thought process at work here, extending a web-slinging hand to the previous films and then neatly weaving them into the spidery architecture of the MCU. There’s fan service of course, but it’s done in a sophisticated way that Marvel already know how to do in their sleep (well, apart from the first end credits scene which seems to have been crowbarred in). No Way Home is a dazzling delight that has its heart in the right place and its mind looking deeper into the multiverse, already brimming with mind-bending potential. It’ll be interesting to see where the MCU goes from here, but for now this is a crowd-pleasing Christmas cracker to open and watch it reveal its many secrets.

In short: A dazzling delight