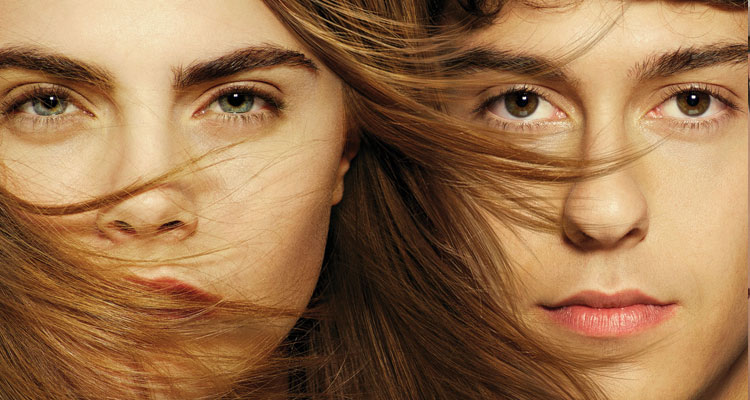 One of the first things we check now when it comes to young adult novel adaptations is the soundtrack. PAPER TOWNS is currently riding high on a crest of positive word of mouth critics, the soundtrack is already out and we can’t get enough of it. Galantis, HAIM, Vampire Weekend, Santigold and Twin Shadow all feature on the OST.

Check out this PAPER TOWNS tune from VANCE JOY

It occurred to us that some of the best soundtracks of late have been released alongside these YA movies.
Time for some investigating:

When one of the scenes in the movie featured Muse’s Supermassive Black Hole, which was then the opening track of the OST CD, the album sold in the bucketload, and went on to win the Favorite Soundtrack award at the American Music Awards that year. Clocking on to the fact that these movies can help sell some music too, it was only a matter of time before everyone started doing the same.

Unlike the first soundtrack, the OST to New Moon featured all new records that were unique and exclusive to the soundtrack to the vampire romance sequel. What’s even more impressive is the line-up that got involved: Thom Yorke, Death Cab For Cutie, St. Vincent, Bon Iver, Editors, OK Go, The Killers, Lykke Li and more besides.

After a full-day slow-reveal on Myspace (remember Myspace??), we were finally told that Muse, Sia, Florence & The Machine, Beck, Cee-Lo Green, Bat For Lashes and The Black Keys were all involved in this soundtrack. Seriously, look at those names and tell us you’re not impressed!

After word that some of the cast members might be singing on the album (Robert Pattinson actually does moonlight as a musician), while some big names (such as Evanescence) actually tried and failed to get their songs on the soundtrack. The end result was underwhelming compared to the previous two Twilight OSTs, with only Bruno Mars and Christina Perri really standing out on the set-list.

This was more like it: Green Day, St. Vincent, Ellie Goulding, Passion Pit, Feist, James Vincent McMorrow. But despite this being something of a return to form the series, it was still only the second best-selling movie soundtrack for that year. So what took the top spot, you ask?

Arcade Fire, Kid Cudi, Glen Hansard, Maroon 5 and none other than Taylor Swift (who pops up on two songs) provided their talents to the first of the Hunger Games soundtracks. Overseen by musical legend T-Bone Burnett (currently busying himself sound-tracking True Detective), the album was a huge success, one that lead on to MUCH bigger things.

Realising how big a money-maker they had on their hands, the producers began to take this VERY seriously, and the Hunger Games sequel netted some HUGE names: Coldplay, Christina Aguilera, Of Monsters & Men, Lorde, Imagine Dragons, Santigold and Ellie Goulding all got involved. “Elastic Heart”, the Sia/Diplo/The Weeknd song, actually went on to be a certified hit single, too!

Given the keys to the kingdom, Lorde was announced as the curator for the entire soundtrack this time around. Not using it just as a medium to show off her own skills, she managed to acquire the single most impressive rolodex of names so far: Kanye West, Ariana Grande, Major Lazer, The Chemical Brothers, Miguel, Bat For Lashes, Tinashe, Charli XCX, Tove Lo, Pusha-T, HAIM, Q-Tip, CHVRCHES and talked none other than Grace Jones out of semi-retirement! Rolling Stone Magazine listed it as one of the best pop albums of the year.

Similarly to Paper Towns, this movie was also based on a novel by John Green, and share the same producers as the Paper Towns OST. For the Shailene Woodley heartbreaker, we had Ed Sheeran, Kodaline, Lykke Li, M83 and Jake Bugg provide tracks, while Charli XCX’s ‘Boom Clap’ went on to be a chart-topper.

WATCH THE TRAILER FOR PAPER TOWNS