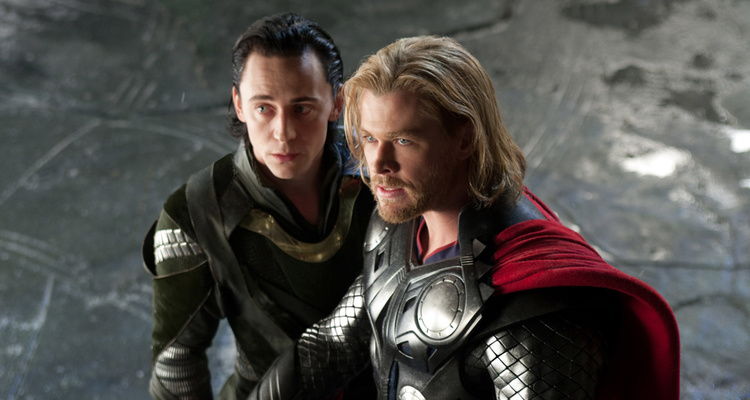 Siblings in the Movies… From ‘Thor’ to ‘Skeleton Twins’

This week, ‘Hell or High Water’ is released in Irish cinemas. Starring Chris Pine and Ben Foster as brothers Toby and Tanner who hold up several branches of the same bank to try and save their family ranch. Their plan is foolhardy but seems to be going well until Texas Ranger Marcus (Jeff Bridges) is on the case, chasing them down before they can hit another branch.

To celebrate the release of ‘Hell or High Water’ – directed by ‘Starred Up’ helmer David Mackenzie – Movies.ie have taken a look back at other great films that star sibling duos. Keep reading to find out more.

THOR
Brothers Thor (Chris Hemsworth) and Loki (Tom Hiddleston) find themselves at odds after their father Odin (Anthony Hopkins) falls into Odinsleep, leaving Thor in charge of Asgard. Loki soon learns that he is a descendant of the evil Frost Giants, and turns on his adoptive father and brother in an attempt to take control of Asgard.
Thor and Loki always seemed to have a healthy sibling rivalry, but it is only when true power comes into play that the real animosity between the two comes to light. Having a family struggle play out on the world stage – or rather, the stages of two worlds – makes the family drama dangerous and vital, and having enemies know one another’s strengths and weaknesses so intimately makes for a thrilling battle. Of course, making Loki the true, fully fledged villain of ‘Avengers Assemble’ finally cemented this new relationship.

STEPBROTHERS
Brennan Huff (Will Ferrell) and Dale Doback (John C. Reilly) are two middled-aged slackers who still live at home, and show no signs of changing. That is, until Brennan’s mother and Dale’s father meet, fall in love and get married. Dale and Brennan initially hate each other, but soon find some common ground and begin a brotherly friendship. The trouble is, the closer the two men grow, the more destructive and bratty their behaviour becomes.
‘Stepbrothers’ reunited John C. Reilly, Will Ferrell and director Adam McKay after their hilarious turn in ‘Talladega Nights: The Ballad of Ricky Bobby’. The story relies on Ferrell and Reilly’s chemistry together, and plays with the notion that two bratty men-children are even more destructive together than they are apart.

FROZEN
After the newly crowned Queen Elsa (Idina Menzel) accidentally turns her kingdom to ice with her mystical powers she runs away to the mountains to hide and become the evil queen she believes her people think she is. Elsa’s younger sister Anna (Kristen Bell) is the only one who can see through Elsa’s image, and she teams up with a mountain man, a reindeer and a talking snowman to bring Elsa home.
‘Frozen’ is not only a great Disney film, filled with wonderful songs and hilarious characters, but it also pokes fun at the old fashioned Disney story of couples falling in love at first sight. The main love story in the film is that between two sisters, and this is not only a departure for Disney, but is also a great message for the young fans of the film.

THE SKELETON TWINS
Twins Milo (Bill Hader) and Maggie (Kristen Wiig) have not seen one another in many years, but when Milo attempts suicide, the call from the hospital interrupts Maggie’s own attempt at death. The twins reconnect and, over time, begin to realise what drove them apart in the first place.
‘The Skeleton Twins’ seems, at first sight, to be a dramedy about suicide, but it is really the story of family and the fact that no matter how we try, we cannot escape the ones who love us, and hurt us, the most. The connection between Hader and Wiig in the film is completely charming, and the film brings tears and laughter in equal measure.

ADAPTATION
Based on Susan Orlean’s non-fiction book ‘The Orchid Thief’, ‘Adaptation’ sees writer Charlie Kaufman insert himself into the story, along with his fictional twin Donald. As Charlie (Nicholas Cage) struggles to adapt the book for the big screen, Donald (also Nicholas Cage) lives an outward, confident and happy life; something Charlie resents.
Not only is ‘Adaptation’ one of Nicholas Cage’s best performances, but it is also an examination of living in the shadow of a more popular and happy sibling. As well as this, the audience is drawn into the process of creating the film, even as they watch it.

‘Hell or High Water’ is released in Irish cinemas on August 26th 2016. Watch the trailer below…