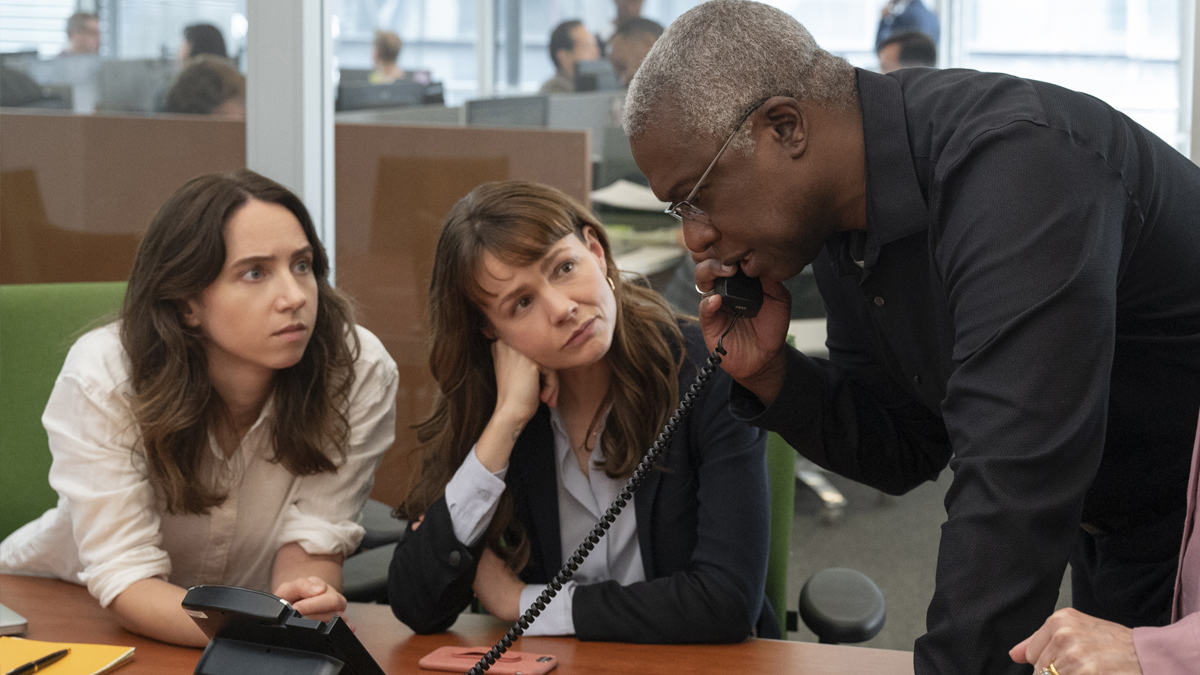 The Plot: New York Times investigative reporters Megan Twohey (Carey Mulligan) and Jodi Kantor (Zoe Kazan) are investigating misconduct claims by a number of women against Donald Trump. Men in positions of power believe they can silence these women, which leads them down the rabbit hole to investigate sexual misconduct claims against celebrated film producer Harvey Weinstein. As the women dig deeper and uncover shocking allegations against Weinstein, they discover a wall of silence built around these former employees and actresses who were starting out in their careers such as Laura Madden (Jennifer Ehle) and Ashley Judd. As Weinstein threatens legal action, Twohey and Kantor try to gain the women’s trust and put their names to the stories. To publish or not to publish…

The Verdict: Words are small things really. Letters and syllables strung together to form a collection of words which make up a phrase and form a larger sentence. And yet words have the power to communicate urgent revelations, topple US Presidents as in the Watergate scandal, overturn / restore reputations and start a much-needed discussion in society about the way women (and men) should be treated with due respect in the workplace. When it comes to investigative journalism, the pen is truly mightier than the sword. That’s very much a thought running throughout She Said, which documents the uncovering by the New York Times of over two decades of abuse and sexual harassment by one Harvey Weinstein. A man whose own brother Bob subsequently labelled him a very sick man. Currently serving 23 years in prison and with further cases ongoing against at the time of this film’s release in which a further 60 years may be added to his sentence, it’s certainly topical and very timely. What more can be said about this well-documented case?

Quite a lot it seems. This is a story that is too important to not make a movie about given that the Weinstein case has had so much impact beyond Hollywood, reverberating around the world and starting that all-important discussion about respect in hopefully every workplace. While the real-life journalists who cracked open this case admit to being flabbergasted that they’re being portrayed by real-life friends and actors Carey Mulligan and Zoe Kazan, a good story is worth telling. She Said documents the investigative journalism process in the best sense of the phrase, tapping into that All The President’s Men vibe of silenced voices needing to speak and a building paranoia about the abuse of power in the higher echelons. Rebecca Lenkiewicz’s screenplay plays out in offices (that’s the actual New York Times office, used for the first time in a film), streets, driveways, cafes and restaurants as the two reporters track down a number of women who worked with/for Weinstein, but discover that they were paid shut-up money to bury their allegations. As one woman (an excellent Samantha Morton) states, Weinstein kills every misconduct story that comes up. Not this one though. The voices are getting louder.

Director Maria Schrader, who made a very different film last time around with the charming I’m Your Man, crafts an old-school dramatic thriller built upon the solid foundation of quality investigative journalism. Working closely with her lead actors, she ensures that their real-life characters don’t get lost in the story to the point where they become merely cyphers. These women have lives, families and know how to handle themselves, with Twohey bluntly fending off unwanted advances from a guy in a bar during a work discussion (touché). They don’t back down in the face of the Weinstein silencing machine, backed up by their no-nonsense editor (Andre Braugher) who amusingly knows how to silence Weinstein in his own way. Mulligan and Kazan can do these kinds of well-written roles in their sleep, but they’re particularly good here at working with the other actors including Judd playing herself. It’s in those scenes with supporting actors like Morton and Jennifer Ehle that really sell the utter horror of what happened in those hotel rooms with Weinstein. Re-enactments are not necessary. The audience can fill in the blanks here.

Watching it all unravel as Weinstein’s world collapses under the weight of the allegations is dramatically tense stuff for a film that doesn’t have a car chase or shady meetings with informants in underground car parks. However, there is a sense of watching eyes and listening voices that underlines just how tense a decision to publish is. She Said is a hopeful film set very much in daylight, exposing the ugly truth of workplace bullying and harassment by dragging it out of the darkness and into the light for all to see what it looks like. It’s an important film with a lot to say and a lot to take home afterwards, but it does so in an entertaining, gripping and informative fashion that speaks truth to power. Words are indeed more powerful than they seem.

In short: Speaks truth to power