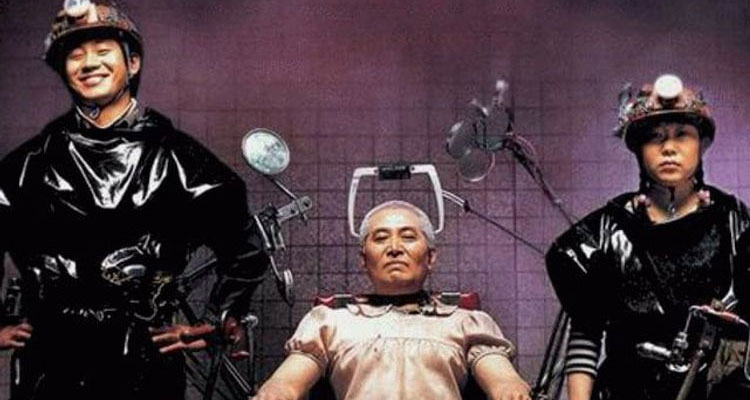 SAVE THE GREEN PLANET! Remake Coming from PARASITE and MIDSOMMAR Producers

It has been announced that CJ Entertainment, the Korean studio behind Bong Joon Ho’s Oscar winner ‘Parasite,’ will team with ‘Midsommar’ and ‘Hereditary’ duo Ari Aster and Lars Knudsen for an English-language remake of cult Korean movie ‘Save The Green Planet!’

Directed by Jang Joon-hwan, the 2003 original is an off-beat, black comedy-sci-fi mashup following a man who believes the world is on the verge of an alien invasion and sets out to save the planet by first kidnapping his boss.

“Swinging with youthful abandon between white-knuckle suspense, absurd slapstick, grim horror and a deeply felt (and earned) sense of tragedy, Save the Green Planet! is one of the most remarkable films to come out of South Korea — among this recent wave or any wave, for that matter,” said Aster in a statement.

“One thing we learned from our success with Parasite is that audiences globally are excited to see genre-bending films with big themes,” said Miky Lee of CJ Entertainment. “Jang is a master of this in his own right, and we’re so glad to be working alongside Ari, Lars, and Will to help translate what made the original so special to an English language version that feels relevant to what’s going on today.”

Joon-hwan Jang will return to direct the English-language film, with Will Tracy (‘Succession,’ ‘Last Week Tonight With John Oliver’) penning the screenplay.