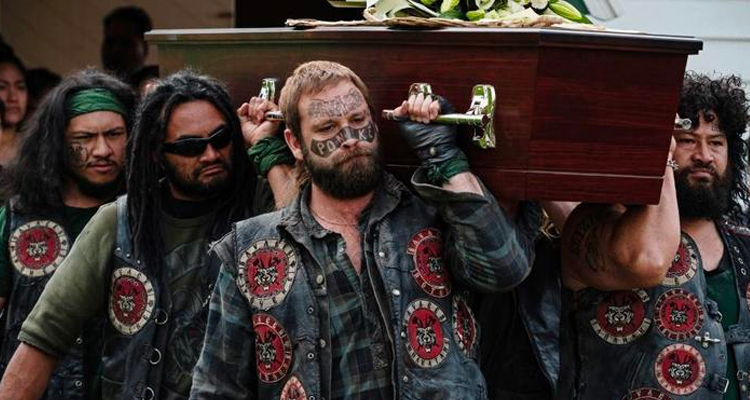 The Plot: Danny AKA Damage (Jake Ryan) didn’t grow up the easy way. Living under a strict father who shunned his fledgling criminal behaviour, he found himself sent to a borstal to cool his blood. However, things only got worse there and he made a decision not to return to the family fold. They didn’t want him anyway. In his teenage years, he joined street gang The Savages and was inducted into a way of life that thrives on toxic masculinity and violence. Now in his 30s, Danny is at a crossroads in his life. Still an outcast from his family, he begins to question his future. This is much to the dismay of his best buddy Moses (John Tui). Once in a gang there appears to be no way out…

The Verdict: New Zealand is known for many things – the location of Middle Earth, diverse landscapes, a seemingly unbeatable rugby team and for having a national spirit in aggressively tackling a pandemic. A film about a street gang doesn’t exactly sound typically Kiwi, but Savage is far more thoughtful than it initially appears. If anything, it recalls the dissection of an outcast community in crisis that Once Were Warriors so effectively tackled back in 1994. What makes Savage all the more remarkable is that it’s a feature debut from writer/director Sam Kelly. That’s not apparent from his carefully-calibrated direction and command of his burly, ethnically-diverse cast. While the title alludes to a continuous theme of the cycle of violence, at its core this film is about finding peace – both within the individual and the community.

Kelly’s script uses the three-act structure, Moonlight-style, to tell the story of Danny over three time periods: as a young boy in 1965 starting out on the wrong path; as a teenager in 1972 falling in with a gang that becomes his new family; and as an adult in 1989 when loyalty to his biker brothers id tested as he tries to reconnect with his brother Liam (Seth Flynn). Danny has a finely-crafted story arc that tells the audience enough to hint at the internal struggle that he’s going through. Violence is a way of life for The Savages, constantly at war with other gangs and more often than not, with each other. Early on, Moses tells Danny that human beings are animals too and to let the beast out. The result of this is a crucial moment when Danny contemplates murder – a potentially life-changing event that goes beyond an everyday scrap in the yard.

If you live by the sword, you die by the sword – a fact that slowly dawns on Danny. As such, Kelly’s script is inspired by New Zealand’s history of street gangs which saw both white and Maori members working alongside. He’s less interested in a history lesson though and more interested in showing the effects of being an outcast and the corrosive effects of casual violence. Kelly echoes this repeating cycle by having a similar teenage character in the 1989 segment, whom Danny realises is heading in the same direction as he did. The uniformly excellent performances immerse the audience in an involving story of brotherly love and the limits of loyalty, with a satisfying conclusion that offers a glimmer of hope. Jake Ryan burns up the screen as Danny, his hulking frame able to deftly convey both physical aggression and tender compassion when required. Savage is a brutally good debut that pulls no punches, marking Kelly out as a name to watch. Seek it out.