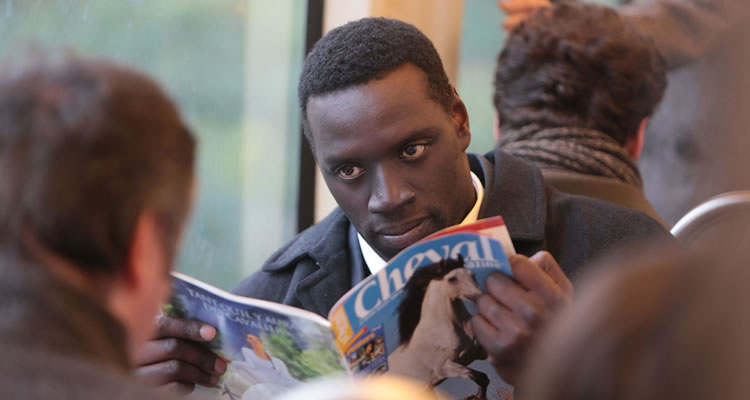 THE PLOT: Samba Cissé (Omar Sy), a migrant from Senegal has lived and worked in Paris for 10 years. After unsuccessfully trying to gain legal residency in France, Samba is arrested and interred in a detention centre. Immigration officer Alice (Charlotte Gainsbourg) is assigned to Samba’s case, and while she struggles to get Samba the legal paperwork to allow him to stay in France, the two grow closer.

THE VERDICT: Based on the novel Samba Pour France by Delphine Coulin, Samba is directed by the team behind INTOUCHABLES; Olivier Nakache and Eric Toledano. The film starts out as a dramatic comment on the system of immigration in France, before evolving into a dramatic comedy and something less concrete.

Omar Sy brings the charm as the title character Samba; a good guy who makes mistakes. Sy makes the character endearing enough for the audience to root for him, and the film proves that this is an actor to watch out for, especially since he is starring in JURASSIC WORLD, out later this year. Charlotte Gainsbourg’s gently fragile character works well on screen; her empathy for Samba is the catalyst for the film, and her performance is understated and lovely. Gainsbourg also works well with the rather manic Manu – played by Izia Igelin – and Sy works well with the boisterous and flirty Wilson, played by Tahar Rahim.

The story, adapted for the screen by Delphine Coulin, Muriel Coulin, Olivier Nakache and Eric Toledano starts out well enough, with the relationship between Samba and Alice taking centre stage. The trouble is that once Samba is told to leave France and doesn’t, the film seems to run out of energy, and instead becomes a catalogue of the mistakes that Samba makes, while he is obviously trying to be a good person. The final resolution for the film is not the one we might expect, but it still feels convenient, and also more than a little selfish, especially since Samba is a man who is plagued by the mistakes he makes. That said, however, the film is sweet and warm, and rather funny in places, even if it seems to forget the message of inclusion and acceptance that it starts off with.

Directors Olivier Nakache and Eric Toledano seem to have focused on the characters in SAMBA, and allowed the story to fall by the wayside for the sake of spending more time with the rather sweet and gentle relationship between Samba and Alice. This is all well and good, and the characters are certainly well rounded and endearing, but this means that the issue of immigration and legally staying in ones adopted country falls by the wayside, making Samba more of a rom-com than a dramedy with a message.

In all, SAMBA is a well-acted film filled with engaging characters and a sweet story. The trouble is that the story is more concerned with being sweet than finishing what it started, meaning Samba starts with a bang, but ends with a convenient whimper.

Review by Brogen Hayes
3
Forgets its own message