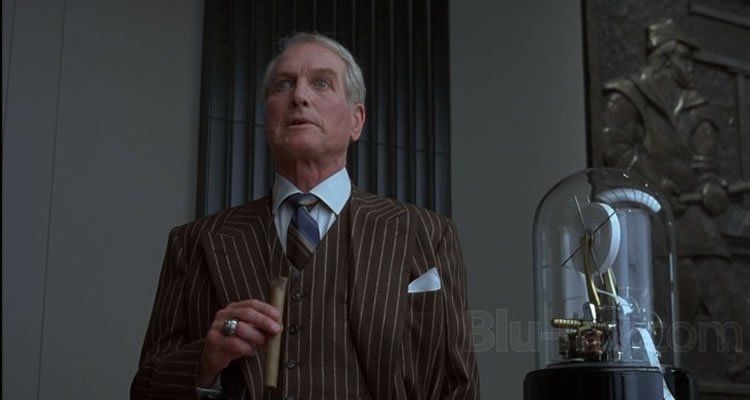 Ruthless Businessmen in the Movies… From Ebenezer Scrooge to Sidney J. Mussberger

This week, Michael Keaton stars as Ray Kroc, in ‘The Founder’. Directed by John Lee Hancock, ‘The Founder’ tells the true story of how Kroc, a salesman from Illinois, came across a restaurant founded by Dick and Mac McDonald, and turned the business into a successful franchise around the world… Cheating Dick and Mac out of the business as he did it.

To celebrate the release of ‘The Founder’ in Irish cinemas, Movies,ie has taken a look back at other ruthless businessmen in the movies. Keep reading to find out more…

EBENEZER SCROOGE – ‘A MUPPET CHRISTMAS CAROL’
There have been many big screen versions of Charles Dickens’ most famous miser over the years, but we wanted to start this chronicle of ruthlessness on a light note, so we went for Michael Caine’s version of the character in ‘The Muppet Christmas Carol’. Scrooge pushes away everyone around him, pinches pennies at the expense of his health – and that of his staff – but although Scrooge is a character who thinks that humans are not equal to money, he soon gets his comeuppance when three spirits come calling on Christmas Eve.

MARK ZUCKERBERG – ‘THE SOCIAL NETWORK’
Portrayed by Jesse Eisenberg as being socially awkward and blunt, Mark Zuckerberg in ‘The Social Network’ is shown to be a man who will do anything to get control of the social networking site that made him a billionaire. The Winklevoss Twins – both played by Armie Hammer – and investor Eduardo Saverin (Andrew Garfield) quickly find themselves pushed out of the product that they came up with and invested in. They do not take this lying down, however, and sue Zuckerberg for millions. Zuckerberg is shown to be callous and cut throat, something that the real life Zuckerberg was not too fond of, although he admits that his wardrobe in the film is incredibly accurate.

CARTER BURKE – ‘ALIENS’
A junior executive from the Weyland-Yutani Corporation, Carter Burke (Paul Reiser) seems to be a harmless bureaucrat, but it is soon revealed that Burke was not only responsible for the colonists that rescued her discovering the Xenomorphs in the first place, but also wanted the two facehuggers that they caught returned to the corporation he works for, under the assumption that the pay day would be a big one for him. Burke seemed to have no regard for human life other than his own, so audiences often find themselves cheering when the greedy and ruthless executive gets his comeuppance in the form of being impregnated with a chestbuster. Crime never pays, Carter!

DANIEL PLAINVIEW – ‘THERE WILL BE BLOOD’
Played by Daniel Day Lewis in Paul Thomas Anderson’s 2007 film ‘There Will be Blood’, Daniel Plainview started off as a prospector in New Mexico, but once he struck it rich, he became ruthless, violent and filled with anger. Although he adopts an orphan named H.W. (Dillon Freasier) and paints himself as a family man, Daniel shows no qualms about killing those who get in his way, and humiliating those who come to him for help or kindness. Good does not triumph over such evil in ‘There Will Be Blood’, however, as Daniel’s actions mean that he is the last man standing.

SIDNEY J. MUSSBERGER – ‘THE HUDSUCKER PROXY’
Played by Paul Newman in the Coen Brothers’ ‘The Hudsucker Proxy’, Sidney J. Mussberger is a man with aspirations to power and greatness, however he believes that running the company of the recently deceased Waring Hudsucker (Charles Durning) into theground is the only way to save it, since shares in the company are about to go public, and failing products means he can but more of the company at a cheap rate. Enter Norville Barnes (Tim Robbins), a green but enthusiastic young man who Mussberger promotes to the role of president of the company. The company goes from strength to strength under Norville’s somewhat lucky care, so Mussberger plans a callous and untimely end for the enthusiastic young man who seems to have a golden touch.

‘The Founder’ is released in Irish cinemas on February 17th 2017. Watch the trailer below…