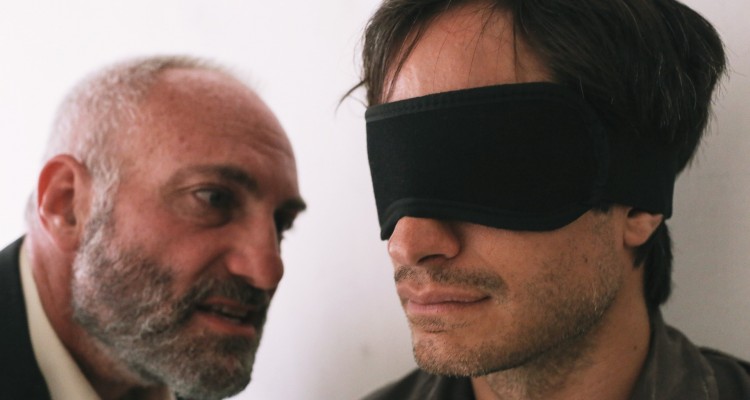 ROSEWATER (USA/15A/103mins)
Directed by Jon Stewart. Starring Gael Garcia Bernal, Shoreh Aghdashloo, Kim Bodnia, Dimitri Leonidas, Haluk Bilginer, Golshifteh Farahani
THE PLOT: Iranian-Canadian journalist Maziar Bahari (Gael Garcia Bernal) returns to Tehran to cover the election of 2009. When the people rise up, believing the election was fixed, Bahari finds himself accused of being an American spy and imprisoned on trumped up charges.
THE VERDICT: ROSEWATER is an interesting film, not least for its backstory; after Bahari appeared on The Daily Show with Jon Stewart, the two became friends, prompting Stewart to make his directorial debut with Rosewater, adapted from Bahari’s book And ‘Then They Came For Me’.
Gael Garcia Bernal is making a habit of choosing roles in films that are not only about important political events, but also have a strong message, and this is true for Rosewater. Bernal gives a strong but understated performance as Bahari, truly coming into his own when Bahari is imprisoned. Although this is Bernal’s film, he is ably supported by Shoreh Aghdashloo, Kim Bodnia, Dimitri Leonidas, Haluk Bilginer and Golshifteh Farahani who bring both compassion and fear to the film.
Jon Stewart’s screenplay, adapted from Maziar Bahari and Aimee Molloy’s book, starts as a film about the power and necessity of journalism, but evolves into s tale of how one man survives being locked away for crimes that he did not commit. This is when Bernal, and the film come into their own, mixing an oddly sweet humour with the tragedy that Bahari suffered.
As director, Stewart odes make some slightly odd style choices at the start of the film – betraying, perhaps, his background on TV – but these soon subside, and allow the story to come to the fore. Stewart coaxes strong performances from his actors, without ever seeming to pander to them, and although the pacing of the film is a bit of a mess, enough affection is built for the central character that we want to see him succeed.
In all, ROSEWATER is an admirable first feature from veteran TV host Jon Stewart, and one that tells a tragic story in a seemingly honest way. Bernal carries the film ably on his shoulders, but there are times when the film struggles through issues with pacing and some odd stylistic choices. It comes together in the end though, making ROSEWATER a moving tale, well told.
RATING: 3/5
Review by Brogen Hayes