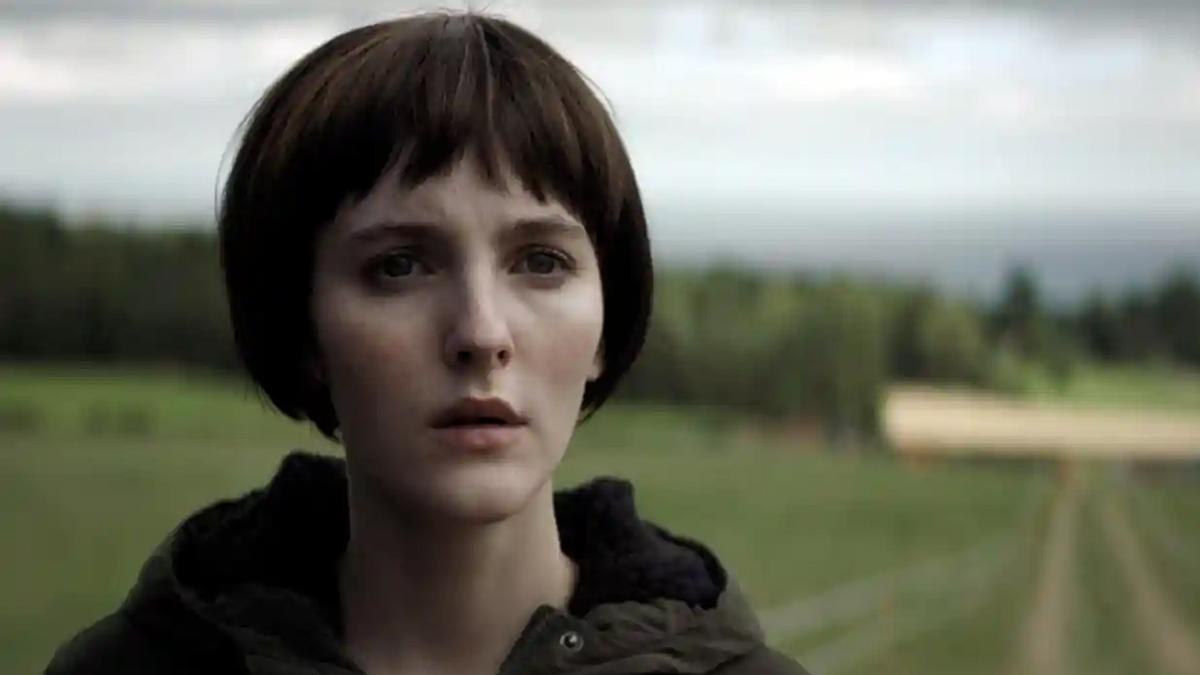 The Plot: Rose (Ann Skelly) is a veterinary student who is learning about the process of putting animals to sleep. In her own dreams, she thinks of another person that she could have been. This is Julie, the name that was on her birth certificate before she was put up for adoption. Despite her birth mother not wanting contact with her, she tracks her down anyway. She observes Ellen (Orla Brady) at work as an actor and confronts her about the past. It’s a painful past for Ellen and one which involves sly archaeologist Peter (Aidan Gillen). To get to the truth and find some sort of peace, the three of them will have to come to terms with the past and the resulting consequences…

The Verdict: When it comes to films dealing with trauma, the ghosts of the past involving reprehensible human behaviour are more frightening for its characters than anything spectral. This is a key theme at the core of new Irish film Rose Plays Julie, a drama in which its three lead characters are damaged souls with a haunted look about them. If there are ghosts here, then they only exist in the minds of the characters as they are forced to dig up the past and dissect it to a clinical degree. No wonder there’s a subtle archaeology parallel going on. Be careful what you dig up – it may come back to bite you and leave you nursing your wounds. At its core, the film is less about seeking justice and reconciliation and more about how a distorted, distressed family unit puts the shattered pieces back together again before burying them once more. The past is restless and relentless.

This distinctive, singular piece of filmmaking could only have come from the minds of Dublin-born but UK-based husband and wife team Joe Lawlor and Christine Molloy. In a number of their previous films such as Helen and Mister John, they’ve dealt with similar themes of identity and a crisis of conscience in their characters as they search for some sort of truth in their lives. Rose Plays Julie builds further on that, revisiting a past trauma that affects each character in their own way with varying levels of guilt and denial. The story primarily focuses on Rose as she wonders what path in life she might have had if her birth mother hadn’t abandoned her and thereby adopts the persona of that other person, Julie. It certainly makes for involving storytelling as Rose inveigles her way into the life of her birth mother Ellen and then digs further to see what skeletons are in the family closet. It’s quietly gripping and subtle without being gratuitous. But at what cost though?

There is a glacial veneer laced over the film, which keeps the audience at a deliberate remove from the characters. Dialogue is stripped back to only what’s essential to move the plot forward – which it does well enough in the considered pacing. The performances are all very finely tuned, with Skelly in particular leaving an impression as a potentially disturbed young woman playing with fire. It’s all in her piercing eyes and gaunt face. What’s left unsaid between the characters is more significant overall, but that means filling in the blanks when the characters are not particularly accessible to begin with. They’re just out of reach as they process their trauma, resulting in a narrative that makes a definite impression but not an entirely convincing one when it comes to seeking closure. That may just be Lawlor and Molloy’s icy, detached filmmaking style, so it won’t be for everyone. Rose Plays Julie is a film to admire for its strong performances and careful direction, but it’s a prickly, thorny one that raises more questions than answers. That at least warrants a cautious recommendation.