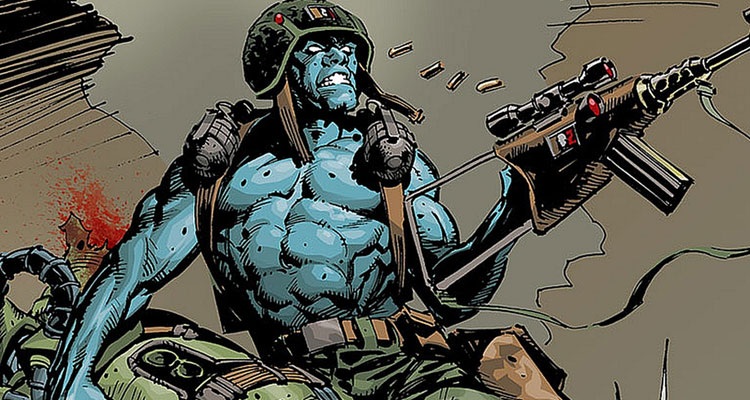 Duncan Jones, the talented filmmaker behind ‘Moon,’ ‘Source Code’ and ‘Warcraft,’ has announced that he is working on a big screen outing of the 2000AD comic series ‘Rogue Trooper.’

Created by Gerry Finley-Day and Dave Gibbons, the legendary award-winning comic follows the adventures of Rogue, a genetically created, blue-skinned, manufactured super soldier and his three comrades as they search for the Traitor General. His comrades are in the form of biochips – onto which a G.I.’s entire personality is downloaded at the time of death for later retrieval – and are named Gunnar (mounted on Rogue’s rifle), Bagman (on his backpack) and Helm (on his helmet). He is genetically engineered to be immune to almost all known toxins, can submerge in strong acid unaffected, and is able to withstand a vacuum in his bare skin.

You can check out Jones’ fun announcement video below.