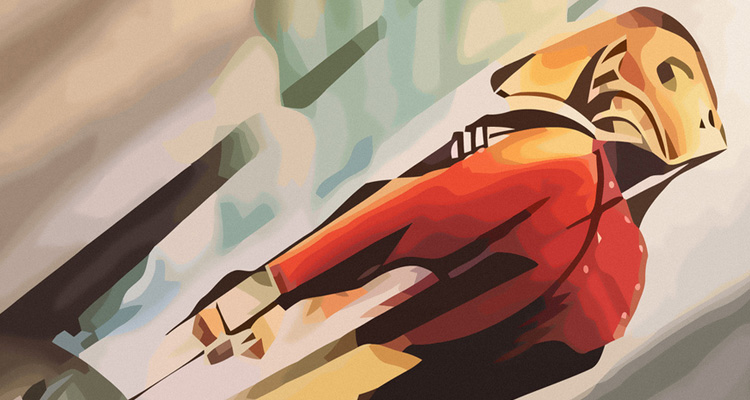 THE ROCKETEER Getting Sequel/Reboot Treatment

The folks at Disney are, according to THR, in the early stages of development on ‘The Rocketeers,’ a sequel-reboot of Joe Johnston’s underrated 1991 gem, ‘The Rocketeer.’

Based on the indie comic book by Dave Stevens, the thirties-set original starred Billy Campbell as Cliff Secord, a young stunt pilot who stumbles onto a prototype jetpack that allows him to become a highflying masked hero. Alan Arkin, Jennifer Connelly, Timothy Dalton, and Terry O’Quinn co-starred.

Set six years after the original Rocketeer Cliff Secord has vanished, an unlikely new hero emerges: a young African–American female pilot, who takes up the mantle of Rocketeer in an attempt to stop an ambitious and corrupt rocket scientist from stealing jet-pack technology in what could prove to be a turning point in the Cold War.

Max Winkler (‘The Ceremony,’ ‘Flower’) and Matt Spicer are on board to pen the project, with Brigham Taylor (‘The Jungle Book’), Blake Griffin and Ryan Kalil. Tendo Nagenda and Chaz Salembier are overseeing the project for the Mouse House.