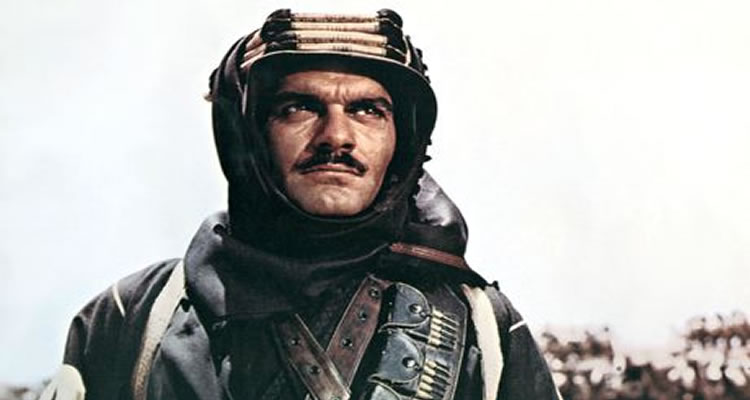 Egyptian born actor Omar Sharif died of a heart attack today, Friday July 10th according to his agent.
The actor an Oscar nomination and two Golden Globe awards for his role as Sherif Ali in the 1962 epic ‘Lawrence of Arabia’ and won a further Golden Globe three years later for his role in ‘Doctor Zhivago’.

Watch the trailer for Doctor Zhivago

Actor Omar Sharif – known for his roles in DOCTOR ZHIVAGO and LAWRENCE OF ARABIA – died today at the age of 83. Sharif’s agent confirmed he died in Cairo having suffered a heart attack.

Sharif, born Michel Demitri Chalhoub in Alexandria, Egypt in 1932, assumed the stage name Sharif, which means “noble” in Arabic. The actor rose to fame with a role in David Lean’s epic LAWRENCE OF ARABIA, having already starred in over 20 Egyptian productions. In Lean’s film, Sharif played Sharif Ali – opposite Peter O’Toole – a role for which he was Oscar nominated.

In 1965, sharif re-teamed with director David lean, to take on the leading role in the romantic drama DOCTOR ZHIVAGO; set against the backdrop of World War I. As well as these well-known roles, Sharif also starred in FUNNY GIRL with Barbra Streisand and had a cameo role in the spoof comedy TOP SECRET!

In later years, sharif stepped away from acting and became well known as a professional contact Bridge player. Sharif was one of the world’s best players, forming the “Omar Sharif Bridge Circus” in 1967, which toured the world. As well as this, Sharif released contact Bridge games in MS-DOS, and Amiga, with “Omar Sharif on Bridge” still available on windows.

Omar Sharif will be remembered for his piercing eyes and incredible performances in screen, and is a true loss. Movies.ie extend our condolences to his friends and family.