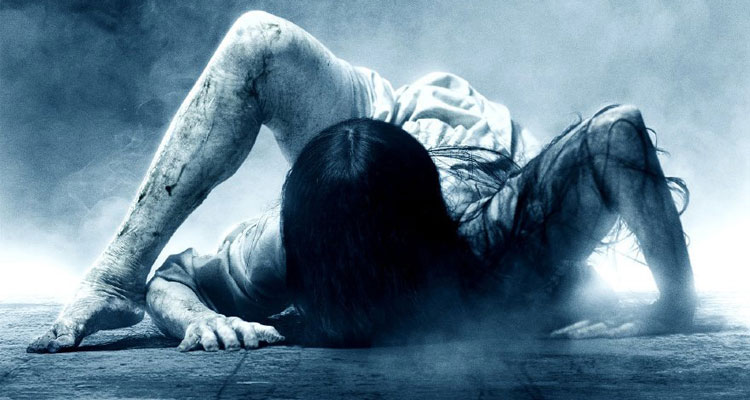 RINGS (USA/15A/102mins)
Directed by F. Javier Gutiérrez. Starring Vincent D’Onofrio, Johnny Galecki, Laura Wiggins, Alex Roe, Matilda Lutz.
THE PLOT: 12 years after the events of The Ring Two, college professor Gabriel (Johnny Galecki) comes across a mysterious tape in a VCR he bought at a flea market. After watching the tape, Gabriel’s phone rings and he is warned he has just seven days to live. In order to protect himself, Gabriel passes the tape among his students, but when Julia (Matilda Lutz) watches the tape to save her boyfriend Holt (Alex Roe), she sees images no-one has ever seen before.
THE VERDICT: ‘Rings’ is the third instalment in the US ‘Ring’ franchise, and not only have all of the actors from the first two films been replaced, it seems great swathes of the ‘Ring’ movie mythology has been altered in order for this sequel to even happen.
The cast is made up of Johnny Galecki, Vincent D’Onofrio, Matilda Lutz, Alex Roe, Aimee Teegarden, Bonnie Morgan and Laura Wiggins. None of the cast truly get a chance to make their characters anything but one dimensional and stereotypical. We never learn what the characters like and dislike – other than premature death, obviously – and so there is precious little to root for when Samara comes to call.
David Loucka, Jacob Estes and Akiva Goldsman have replaced Ehren Kruger as screenwriter on this new instalment in the franchise, and the lack of continuity shows throughout the film. While there are touches of ‘Scream’, ‘Final Destination’, ‘Oculus’ and ‘Don’t Breathe’ scattered throughout the film, these only serve to highlight how derivative and unoriginal ‘Rings’ is, and coupled with a dull and pedestrian story, and precious little actual dread or horror, ‘Rings’ pales in comparison with the truly scary predecessors.
As director F. Javier Gutiérrez never truly manages to get ‘Rings’ moving with any sense of urgency, and with characters that are thinly sketched and scares that are obvious a mile off, Rings’ simply becomes dull and pedestrian. Add to this the overuse of iPhone torches and darkness that make the action on screen almost impossible to see, and it is clear that the ‘Ring’ franchise has run out of steam with this final instalment that could be a reboot.
In all, ‘Rings’ is not scary, suspenseful or particularly engaging. The screenplay messes with the mythology created by the first two films, the characters are dull and the pacing meanders. There is probably a new story to be told of Samara and her curse, but this, with its feel of ‘Final Destination’, ‘Oculus’, ‘Don’t Breathe’ and ‘Scream’, is derivative and, perhaps the worst crime of all for a horror movie, boring.
RATING: 1/5
Review by Brogen Hayes