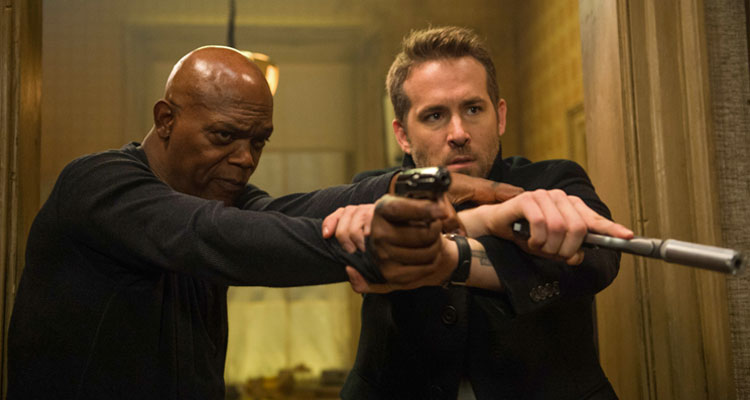 Reynolds, Jackson, and Hayek Returning for THE HITMAN’S BODYGUARD Sequel

A sequel to last year’s action-comedy hit ‘The Hitman’s Bodyguard’ is officially in the works with Ryan Reynolds, Samuel L. Jackson and Salma Hayek reprising their respective roles.

Directed by Aussie filmmaker Patrick Hughes (‘Red Hill,’ ‘The Expendables 3’), the first film followed Michael Bryce (Reynolds), the world’s top protection agent as he is called upon to guard the life of his mortal enemy, a renowned international assassin (Jackson), and safely escort him to International Court of Justice in The Hague. Hayek starred as Jackson’s equally notorious wife.

The sequel, titled ‘The Hitman’s Wife’s Bodyguard,’ will see Bryce (Reynolds) enlisted by Jackson and Hayek’s characters to join them on a mission along the Amalfi Coast.

Production is expected to start in March. Hughes is back in the director’s chair, directing from a script by Tom O’Connor.