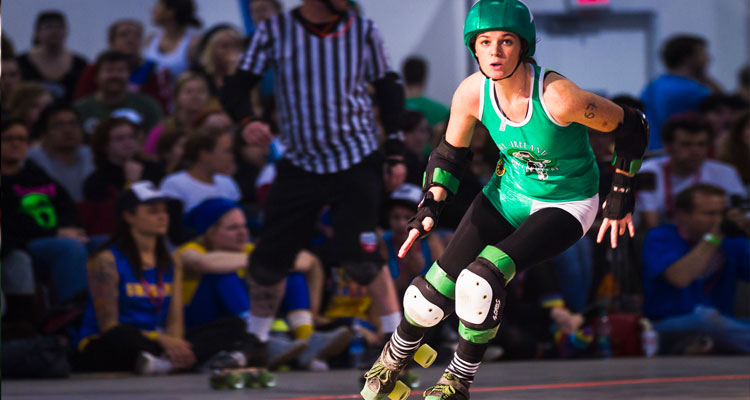 REVOLUTIONS is an exciting new documentary about an Irish Roller Girls team from director Laura McGann, catch it at the IFI Dublin from June 30th and at Triskel Arts Centre in Cork from July 2nd. Check out the interview with Laura below.

When did you get interested in women’s roller derby?
I think I must have been targeted by Dublin Roller Girls Facebook advert, something popped up on my newsfeed in June 2011 and it caught my attention so I started digging, I watched their videos and couldn’t quite believe my eyes. I had seen Whip It, with Drew Barrymore and Ellen Page and I loved how fearless and queer the scene was and I knew I had to reach out to find out more.

Initially it was the sport that grabbed my attention, it’s not every day you discover that there’s an underground scene of super tough women playing this incredibly aggressive sport at high speed and on skates down the road in Inchicore. It transpired that the first ever Roller Derby World Cup was going to happen later on in the year and Ireland was about to form the first national team and compete at the World Series in Toronto. I jumped out of my skin to be honest. Not only was this a super interesting looking world but there was actually a story to follow too. The first day I brought my camera along was the first Team Ireland training session in Inchicore. I was warned by a passing skater that she would skate through me if I got in her way…I was a bit nervous for the camera but took the order without reacting and stayed well out of the way! This was Zola Blood, one of the best Jammers in the country – she would go on to win Ireland’s most valuable player (MVP) at the World Cup, I would film with her for the next 5 years and we would become great pals. I met women that day who showed an intense passion for the sport, the energy was fizzy, they zealously disagreed with each other yet the spirit was so joyful. They were fiery and fearless and didn’t give a shit. I was caught, hook line and sinker!

As I got to know the girls, I discovered another layer to the story. As Zola put it “Roller Derby was like a coping mechanism for the unemployed.”

Any good story starts with someone who wants something, and in Ireland in 2011 a lot of people were left wanting. The country was crippled by the recession and people’s entire careers were wiped out over night. Zola had a Ph.D but no job, and Crow’s small business had ground to a halt. Many women in their 20’s and 30’s who were just getting their lives off the ground felt thrown on the scrap heap, completely surplus to requirements. Crow was making a fiver here and there and Zola had changed the font on her CV 150 times to no avail.

Roller Derby teams are all run like grass roots organisations where everyone has an essential role and at a time when so many people were unemployed or struggling at work, the excess energy that these women had was poured into Derby – the workforce’s loss became roller derby’s gain! There were some really though times both on and off the track, but this film is about holding on, not giving up and sticking together.

How much research/planning was involved for the documentary?
Initially I had to do a fair bit of research to acquaint myself with the sport and where it came from but once I started shooting it was all about following the story as it happened. So I suppose the research was more being there and being embedding with the teams and our main characters and being in the room when things happened. So it’s research but not in the traditional sense…definitely more fun too.

What was the story you originally hoped to capture and is the film close to your original vision?
You just never know what story you’re going to capture when you start making a documentary – I knew it would have a sporting arc and the World Cups would book end the characters story to some extent but the real story was about people’s lives and you can never really tell what is going to happen. As much as you need to try to imagine what might happen it’s important to let real life play out and not to try to control it in any way or shoehorn in anything that’s not there. Bob, the coach of the Irish team asked me what my angle was a couple of times and I explained that I really don’t have an angle I just want to observe what was happening and try to tell that story in as pure a form as I can, whatever that story turned out to be. Relaxing and knowing that story will emerge is key, you don’t decide what the story is before you start and try to make that film. When you start making a film you have an idea in your head of what it could potentially be and it always ends up being completely different – if it was the same it’d be boring.

The film follows a number of Irish women over four years – with so much footage to choose from at what stage did the story begin to come together?
The story became clear as we were filming – a lot is worked out in the edit. Andrew Hearne our editor is so calm even when surrounded by 4 years of footage and he always got to the crux of each scene and made it work – but the story is developing when you’re in the room shooting it happening. When we were prepping the film for the edit I got post it notes and wrote each scene on one post it – I think I had 37 post its – 37 scenes – I knew I had to bring it down to TOPS 17 post its. The challenge at this point was to pear the story back to its simplest form and then expand again in the edit.

Was it difficult to capture rivalries within the team?
It was difficult when people were hurt and upset. Our main characters are Crow, Bob and Zola and at times they were hurt by one or both others and it was important that I was impartial, which was hard but I could see everyone’s point of view and if I had ever taken sides it wouldn’t have been possible to tell the story from each perspective and it would have been once sided. Everyone was trying to do what they thought was right, but sometimes people came away with hurt feelings.

What was the atmosphere like when the Irish team travelled to the Roller Derby World Cup?
The atmosphere at the world cup was electric. Everyone was on a high. It was the centre of the universe for that week., the most important place in the world – it was such a huge opportunity for the Irish skaters and they were determined to show the world what they were made of! Other countries were asking why Team Ireland were even bothering to go and that gave the Irish girls fire in their bellies. No one puts Irish Roller Derby in the corner!

Is there much of a following for Irish roller derby at the moment?
Roller Derby fans are super fans – you don’t kind of like roller derby, you either haven’t heard of it or you’re fanatical about it.

Do you think the film will encourage others to take up an interest in the sport?
I’m sure it will, the visibility will be great for the sport – especially teams outside of the capital where numbers can be small.

Was it difficult to get a release for the film?
I had to jump up and down with the film for a while to get noticed. I was thrilled when Wildcard Distribution came onboard; I knew it wouldn’t end up in the back of my drawer.

What do you hope audiences will take away from the movie?
I think The Rolling Stones song, “You Don’t Always Get What You Want” encapsulates the story – For me the theme of hope was always present in the film, keeping your chin up when things aren’t turning out the way you planned and finding something wonderful on the other side.

What advice would you give to other young documentary makers hoping to make a film?
The same advice I was given before I made my first doc in 2008, just go make it – don’t wait for someone to fund you or give you permission, just go and do it.

Finally, whats planned for you next?
I shoot a lot of documentaries for RTE but my next feature is in the pipeline and it’s got girls in it again. 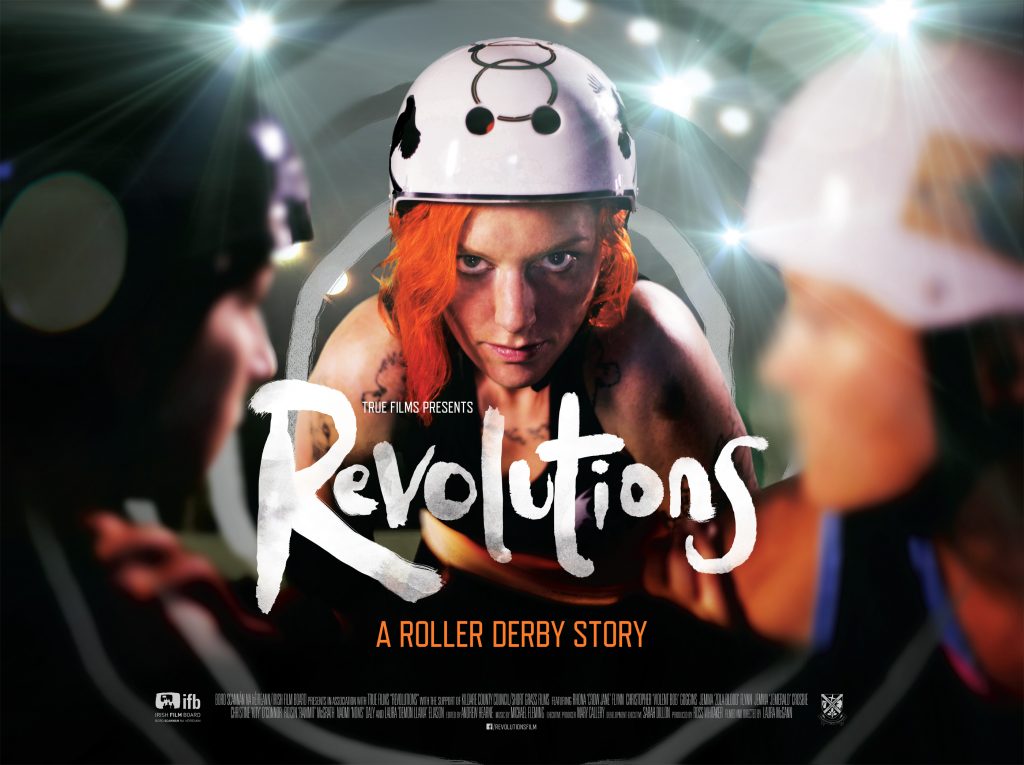