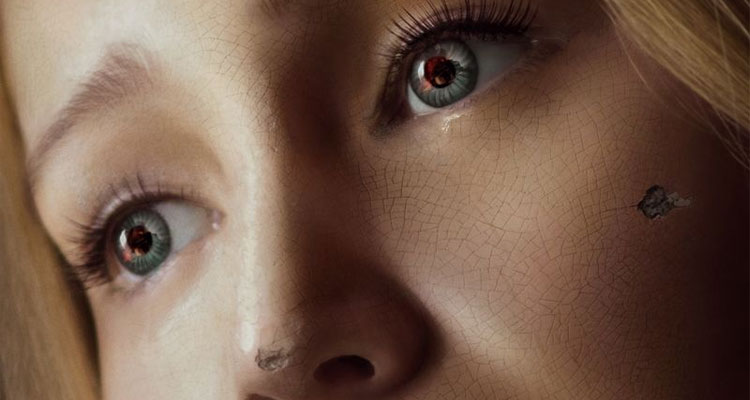 MOTHER! (USA, 18, 121 mins)
Directed by Darren Aronofsky. Starring Jennifer Lawrence, Javier Bardem, Ed Harris, Michelle Pfeiffer, Domhnall Gleeson, Brian Gleeson.
THE PLOT: A man known only as Him (Javier Bardem) is a famed, middle-aged writer who is going through a unproductive block at the moment. His younger wife known as Mother (Jennifer Lawrence) has devoted her future to him and the country house that they live in, which she is restoring with love. They live an idyllic life there, an island of peace and quiet from the outside world. But then the outside world comes crashing in, when a nosey fan (Ed Harris) and his ice queen wife (Michelle Pfeiffer) turn up uninvited. Him becomes quite taken with them and bathes in the adulation. Mother feels uncomfortable with the presence of these strangers, given the liberties they take as they make themselves quite at home. Mother starts to go off the rails…
THE VERDICT: Brace yourself for Darren Aronofsky’s new film ‘Mother!’, it really is something else. But then again, what do you expect from the director of ‘Requiem For A Dream’ and ‘Black Swan’? Conventional storytelling doesn’t float his boat – just look at the surprise appearance of rock monsters in ‘Noah’. What it is though is a tightly wound coil that is slowly released, springing forth all manner of booby traps and mental mind games, playing with audience expectations of where the story is really heading.
Aronofsky’s script is quite daring and experimental. Even Pfeiffer described it as esoteric. It shifts gears several times. At first, it seems like a chamber piece where the characters are all moving positions in a power play over who gets to exert dominance in this house. We watch as the mostly passive Mother tries to humour her husband while maintaining some sort of order over her unruly guests. Then it shifts again when more people are introduced into the mix, leading Mother to unravel further. Aronofsky is not interested in red herrings or clichéd plots to drive someone crazy here. He’s interested in the endgame.
The bravura third act, which is best described as domestic warfare, will ultimately decide how you feel about the film overall. You’ll either want to shake Aronofsky’s hand for being so bold and daring, or punch him in the face for pushing audience limits. It deliberately strays into 1980s video nasty territory and will no doubt prompt some people to walk out. However, this reviewer likes having his buttons pushed and expectations challenged by a director. It’s a bleak, nightmarish view of human behaviour overall, in tone with the director’s previous output. People are never what they seem in this film and don’t behave according to societal norms.
There’s an undeniable power to the third act though, driven by highly committed performances, particularly a game Lawrence, and a strong visual style. ‘Noah’ must have rubbed off on Aronofsky somewhat, as he alludes to Biblical references in his visuals and storytelling. The crumbling house takes on a prison-like feel, becoming a character in itself. ‘Mother!’ is quite unlike anything else you’ll see this year. Whether you love it or hate it, you’ll be talking about it afterwards. That’s surely better than not being talked about.
RATING: 4 / 5
Review by Gareth O’Connor

AMERICAN ASSASSIN (USA/18/112 mins)
Directed by Michael Cuesta. Starring Dylan O’Brien, Michael Keaton, Taylor Kitsch, Sanaa Lathan, David Suchet.
THE PLOT: Young American Mitch (Dylan O’Brien) is on holidays in Spain with his fiancée. While he watches, she’s murdered by ISIS-style terrorists who open fire on a beach. 18 months later, Mitch is gunning for revenge and is attempting to infiltrate a terrorist cell and pose as a jihadist. He finds himself in over his head though. Having been watched by the CIA, he’s brought in by Deputy Director Kennedy (Sanaa Lathan). She sees something in him, a drive to achieve a common goal. He could be a valuable weapon, particularly now that a dangerous situation has arisen. Weapons-grade Russian plutonium has been stolen by renegade American terrorist Ghost (Taylor Kitsch). To stop him, Mitch must first undergo a rigorous training schedule dictated by the no-nonsense, ex-Navy Seal Hurley (Michael Keaton)…
THE VERDICT: Based on the best-selling novel by Vince Flynn and adapted here by no less than four writers including Edward Zwick, ‘American Assassin’ is a violent, full-throttle action thriller. It leaves the likes of the recent, underwhelming Stratton in the dust wondering what just happened. Part of that is down to the brisk plotting, which sets up the key elements of Mitch’s journey early on – personal loss, reckless revenge, a chance to prove himself and work for his country, rather than himself. In a sense, it becomes the flipside of Luc Besson’s ‘Nikita’, but with a more international angle involving a race against time.
Mitch is something of a blank slate initially, upon which Kennedy and Hurley will write their lessons. He’s not good at following orders though, going off script at times. Those early scenes involving Mitch training with Hurley work well, thanks to good rapport between O’Brien and Keaton. Keaton is the wild card here – a torture scene sees him amusingly turn the tables on his interrogator. He brings what is basically an average action thriller up an extra few notches and adds a welcome touch of class. You can also see that the other actors are keeping up with him too – perhaps some focused direction from ‘Kill The Messenger’’s Michael Cuesta. Even the usually bland Kitsch makes an effort.
Cuesta stages some brutal, bone-crunching fist fights and good action overall, culminating in an explosive finale. Yes, that familiar plot device – the ticking bomb with big red numbers – appears once again. The film doesn’t really need it, given that there’s enough international intrigue and globe-hopping locations (London, Istanbul, Rome) to keep the plot ticking away. Mitch’s own agenda seems a little lost later on, like it was swept under the carpet by the writers in order to pursue this new direction for the character. Did they think we wouldn’t notice? Anyway, ‘American Assassin’ does that little bit more than what it says on the tin. It’s an entertaining actioner that has the potential to launch a new action hero.
RATING: 3.5 / 5
Review by Gareth O’Connor