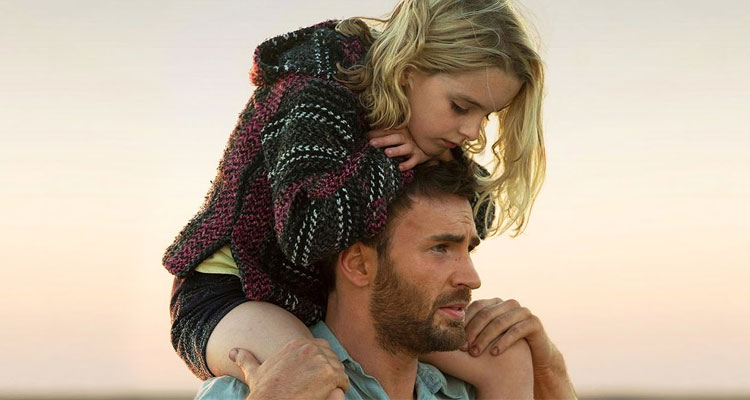 GIFTED (USA/12A/101 mins)
Directed by Marc Webb. Starring Chris Evans, Mckenna Grace, Lindsay Duncan, Jenny Slate, Octavia Spencer.
THE PLOT: Freelance boat repairer Frank (Chris Evans) lives with his niece, a precocious 7-year-old named Mary (Mckenna Grace) and their one-eyed cat Fred. She’s sassy and smart to boot. Home-schooled until now, Frank thinks it’s time for her to learn about the outside world and experience life in a normal school. From day one though, teacher Bonnie (Jenny Slate) spots something different about Mary. She’s way ahead of the rest of the class when it comes to maths. Light years in fact. Thinking that Mary might be gifted, she approaches Frank. It’s then that the secret history of Mary’s origins come to light. The re-appearance of Frank’s mother Evelyn (Lindsay Duncan) only complicates the situation, as she believes that Mary would be better off with her. A custody battle begins…
THE VERDICT: ‘Gifted’ sees a return to small-scale, character-based dramas for director Marc Webb. With a new ‘Spider-Man’ in town, that’s not a bad thing. He’s better off telling these smaller stories with grand themes. ‘Gifte’d certainly has some grand themes, about parenthood, intelligence, ambition and the bond of love that can be tested but not broken. Written by Tom Flynn, ‘Gifted’ explores the imperfect relationship between Frank and Mary. Yes, they irritate each other but there’s a knowing respect and acceptance of each other’s imperfections.
Films about child prodigies are not exactly new. Webb plays up the familiarity of this story, rather than try to reverse engineer it. ‘(500) Days Of Summer’ this ain’t. The film is mostly structured around a clichéd court battle between Frank and Evelyn, with even their lawyers getting in on the act. There’s a danger that this could end up being weepie TV-movie-of-the-week stuff, with a child’s future hanging in the balance. Thankfully, Webb manages to just about steer it in the right direction and keep it grounded and schmaltz-free.
10-year-old Grace is the real find here. She manages to be both a child and an adult at the same time, wise beyond her years. Her performance echoes that of Dakota Fanning in ‘I Am Sam’. Her interplay with a spot-on Evans is a joy to watch and they become the beating heart of the film. One scene in a hospital (wait for it) sums up their chemistry perfectly. Duncan also shrugs off any suggestion that she’s playing a scheming grandmother by bringing depth and past regret to her performance. You can see early on where the film is ultimately heading, but the journey is what counts. It may be familiar, but ‘Gifted’ is charming, sweet and heart-felt. It’s also got the best child performance since Jacob Tremblay in ‘Room’.
RATING: 3/5
Review by Gareth O’Connor

CARDBOARD GANGSTERS (Ireland/ 18/ 92 mins)Directed by Mark O’Connor. Starring John Connors, Fionn Walton, Kierston Wareing, Jimmy Smallhorne.
THE PLOT: 24-year-old DJ Jay (John Connors) is also a small-time drug dealer who lives with unknowing mother in the self-described jungle of Darndale. He dreams of moving to Marbella, but that will have to be put on hold right now. He’s lost his dole and is short on cash. His girlfriend Sarah (Toni O’Rourke) is up the pole too. Knocking off off-licences just won’t cut it. He makes a move towards dealing in harder drugs with his mates, including best friend Dano (Fionn Walton). This catches the attention of local Mr Big, Derra (Jimmy Smallhorne) who doesn’t like someone else moving in on his turf. A flirtation with Derra’s wife Kim (Kierston Wareing) also complicates matters…
THE VERDICT: Mark O’Connor’s fourth feature’ Cardboard Gangsters’ is undoubtedly his best. While he showed early promise with ‘Between The Canals’ and ‘King Of The Travellers’, there was a misstep with the muddled ‘Stalker’. ‘Cardboard Gangsters’ shows his cinematic potential come to full fruition here, with a clear confidence in his directorial style, use of local colour and a story that grabs you early on.
Co-written by O’Connor with lead actor Connors, who also featured in ‘King Of The Travellers’ and ‘Stalker’, the story takes a straightforward approach to the characters. They are simply drug dealers in the kind of story that could be ripped from a newspaper headline. However, O’Connor is also clear about the fact that this is a highly dangerous game, not for “cardboard gangsters” as one of Derra’s cronies puts it. Jay’s journey from the small-time to the big-time sees him wrestle with his conscience about how far he’s willing to go to protect and provide for his family. Breaking into a house and threatening someone with a chainsaw is nothing compared to deciding whether to pull the trigger or not.
Jay has a gradual character arc which is revealed in complex layers, aided by a commanding performance by Connors. He’s got a strong physical presence, but his performance is a lot more than that. He really gets down to what makes Jay tick, even though Jay doesn’t always make the right choices for himself and others. There are some similarities here to Noel Clarke’s London-based ‘Hood’ trilogy. There’s a very street feel to the film, honest about its characters and the environment that created them. O’Connor keeps them relatable and yet at a cautious distance.
‘Cardboard Gangsters’ is very much a modern Irish crime film which pulls no punches. Even amid all the threats, fights and shoot-outs, it remains a thoughtful character piece with an ending that is realistic, rather than optimistic. It’s a big step forward for both O’Connor and Connors, showcasing their talents while remaining true to the story and its locale. After travelling around many international film festivals, ‘Cardboard Gangsters’ is a terrific slice of Dublin life that deserves to do well with local audiences.
RATING: 4 / 5
Review by Gareth O’Connor

NAILS (Ireland/16/85 mins)
Directed by Dennis Bartok. Starring Shauna Macdonald, Steve Wall, Ross Noble, Charlotte Bradley, Leah McNamara.
THE PLOT: Dana (Shauna Macdonald) is jogging in Sandymount when she crosses the road and is knocked down by a car. She survives and wakes up inside a hospital. However, all is not well. She’s paralysed and is unable to leave her bed. She’s also got a hole in her throat, making speech very difficult. With the help of a laptop computer voice, she expresses her thoughts to concerned husband Steve (Steve Wall), daughter Gemma (Leah McNamara) and nurse Trevor (Ross Noble). While in the room late at night, she wakes up to discover a strange presence with her. A presence that scares her, to the point where she installs video cameras to prove that she’s not hallucinating. But what she sees is not what others see. A malevolent spirit dubbed ‘Nails’ wants her…
THE VERDICT: ‘Nails’ is an Irish horror film that is the feature debut of American Dennis Bartok. He previously wrote inventive horror anthology Trapped Ashes way back in 2006. It’s taken this long for him to make the jump to features, but it’s been mostly worth the wait.
‘Nails’ is an atmospheric, economical horror that makes the most of its low budget and confined environment. The private hospital becomes a character in itself. Rundown and sparsely populated, it’s seen better days. There’s something eerie about the way shadows move on the walls and that nobody else can see what Dana sees. Most of the film is set in Dana’s room, where she encounters ‘Nails’. Bartok makes good use of his location here, building up tension with some jumpy peek-a-boo moments. He also suggests early on that there’s a reason for why all this is happening.
Like a lot of horror films, there’s a murky past to the spirit that needs to be discovered before Dana can fully recover and thereby resolve the story. That’s not exactly original – it’s a familiar trope of ghost films. Bartok, who co-wrote with Tom Abrams, plays to audience expectations here. Bartok doesn’t quite nail everything about the (back)story, but it’s still quite gripping. It helps to have Shauna ‘The Descent’ Macdonald in the cast, as she’s able to effectively convey strength and vulnerability from one scene to another. She makes up for some variable acting elsewhere in the cast. The design for the spirit is also good, without relying too much on the conventional boogeyman look. ‘Nails’ may be in familiar, unremarkable horror territory, but it’s still a decent and tense effort.
RATING: 3/5
Review by Gareth O’Connor

WHITNEY: CAN I BE ME (UK/USA/15A/105 mins)
Directed by Nick Broomfield, Rudi Dolezal. Starring Whitney Houston, Robyn Crawford, Bobby Brown, Cissy Houston, Bobbi Kristina Brown.
THE PLOT: This documentary charts the meteoric rise and tragic fall of pop legend Whitney Houston. Beginning with her early years as a gospel singer, it became evident that she was a star in the making. Making her first appearance on television at the age of 19, her soulful voice and emotionally-charged performances were an immediate draw. This was despite criticism from the African-American community that her music was not ‘black enough’, being manufactured more for acceptance by white America. Her close friendship with Robyn Crawford also drew attention, as did her reliance on drugs. All of this culminated in a destructive marriage to the bad boy of rap, Bobby Brown, and a desperately sad demise in a hotel bathroom in 2012…
THE VERDICT: You wait five years for a soul-searching documentary on the iconic Whitney Houston… and then two come along. While Kevin Macdonald is working on his version, Nick Broomfield is first out of the gate with ‘Whitney: Can I Be Me’. In a sense, it’s an unauthorised biography of the late singer. Other than archive footage and a few snippets from Whitney’s brothers, there’s no official Houston family involvement here. That’s both a hindrance and a help to Broomfield, who is notable for making confrontational documentaries and tackling his subjects head on.
It’s a hindrance in the sense that we don’t quite get a fully rounded view of what Whitney was going through. There are hints, like an interview where she says that success doesn’t change you – fame does. What pushed her over the edge in the end – lifelong drug abuse that ran in the family or, as someone suggests, a broken heart? On the other hand, it’s a help because we instead get some brutally honest perspectives on how this funny, sparky, talented lady fell so far from the top. Like her ex-Scotland Yard bodyguard (not Kevin Costner) who clearly outlined what was wrong with her life situation to her family and was sent packing for it.
Broomfield assembles a wealth of material, with the centrepiece being previously unseen behind-the-scenes footage from Whitney’s last world tour in 1999. Shot by co-director Rudi Dolezal, it’s revealing – but only to a point. Broomfield is keen to triangulate a perspective on Whitney from the people who knew her best: confidante and rumoured lover Robyn Crawford, who was essentially her pillar of strength; Bobby Brown – who indulged her drug abuse by adding alcohol into the mix; and her controlling and disapproving mother Cissy. While there are narrative gaps here, Broomfield does enough to suggest the power struggle with Whitney caught in the crosshairs.
The thing that comes out the strongest though in this absorbing documentary is Whitney herself. Working for 2 years on the film, Broomfield found that he needed it to be her story in her own words. Whitney’s unflinching honesty in her interviews, rare in a world-famous celebrity, is the thread that runs through the film. You certainly get the feeling that she had so much more to give to the world. A quietly moving documentary that packs an emotional punch.
RATING: 3.5 / 5
Review by Gareth O’Connor