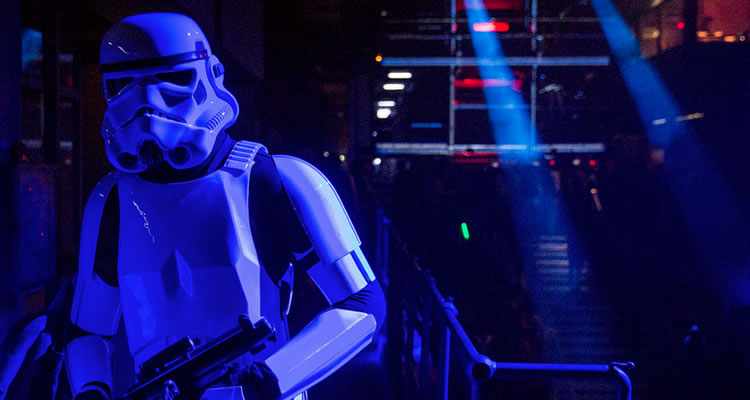 Immersive cinema experience company SECRET CINEMA is back is back this year with their most ambitious event yet. Last year they built the town of Hill Valley from ‘Back To The Future’ and spectators could wander around in the company of Marty McFly and Doc Brown. This year they’ve gone for a sci-fi theme with a screening of THE EMPIRE STRIKES BACK, we got a call to join the Rebel Alliance and headed to London so we could help fight the Empire and ultimately watch the movie in possibly the coolest venue, ever.

While we can’t reveal the venue location or too many details, (we swore secrecy to the Sith lord – he doesn’t like spoilers!) the detail is incredible and you really do feel like you’re in one of the movies. What you see and explore are top secret. Not to be shared in case the Empire discover the Rebel Base, but we can tell you that you’ll see a few a few familiar faces, a few familiar places and details that any fan will instantly recognise. 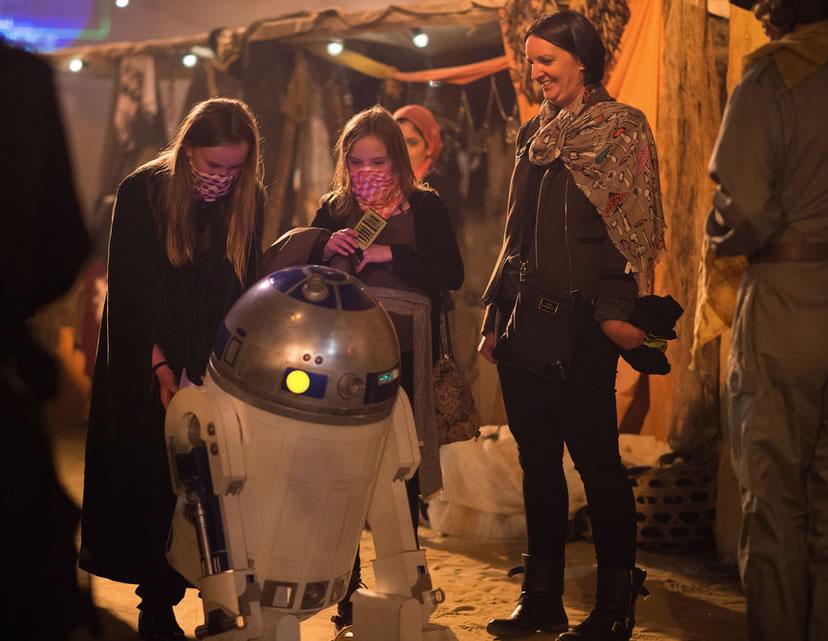 From the first minute of arriving you really are brought into the Star Wars universe.  You’ll travel on more than one ship and walk the sandy paths of a distant planet, explore their huts and shelters before flying off on a mission to a galaxy far, far away. It’s good fun to wander around and watch familiar scenes being played out, you can choose to interact with the cast or just sit back and have a cocktail and watch the saga unfold. However, we would suggest taking part in some activities, you’d be surprised how quickly you really do get into the spirit of it all. 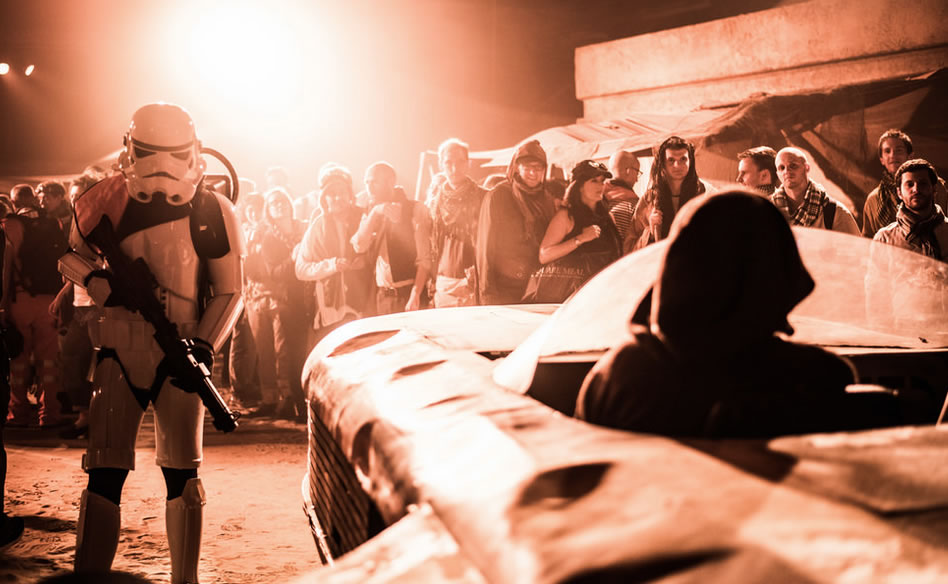 During the event you have the opportunity to buy drinks and food, many of which have a Star Wars theme. You can visit this area during the early part of the night and again after the movie. Audience members are encouraged to dress up where possible – you don’t need to put in too much effort, a scarf is essential, however those showing up in tracksuit tops or high-heel shoes did stand out a bit compared to some audience members who put quite a lot of work in. Unfortunately you won’t be able to take selfies with aliens as your phone will be locked away in a sealed bag for the event.

The below video shows some of the action from the night

After the interactive part of the night, the audience is ushered into another enormous room to view the movie on a specially built screen. There are more surprises and scenes organised to coincide with the movie. It is worth noting that some people don’t treat the night as a proper cinema experience, so standard cinema etiquette didn’t apply, an open bar during the screening meant that some people weren’t as interested in seeing the film as others. 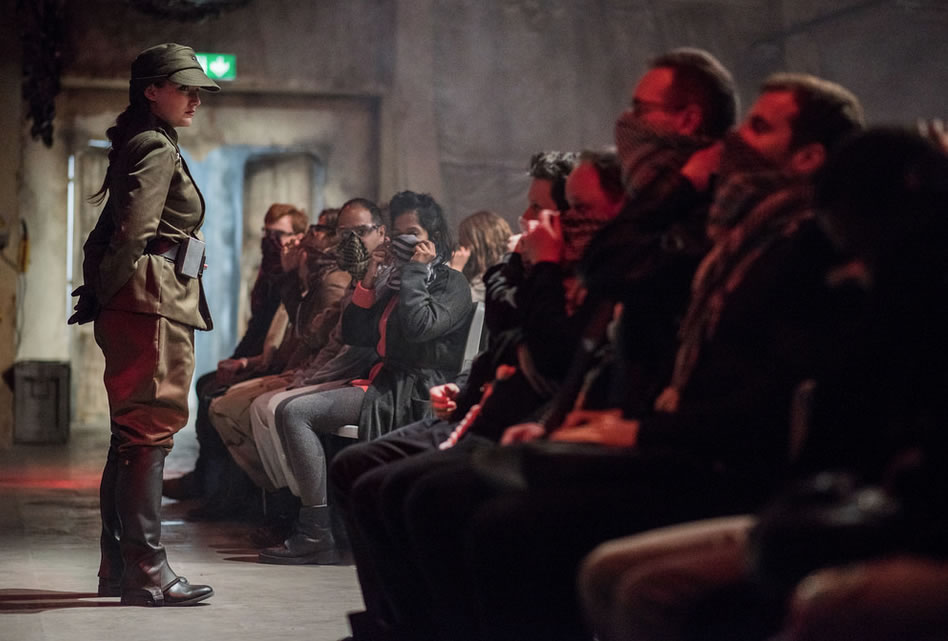 Tickets to the event cost £75 (that’s around €100), while it may seem rather steep, once you enter the screening area, you’ll see exactly where every cent went, the cast is large and the scale of the recreated sets are eye-popping. You’d spend a similar total on a traditional show at the West End but this is a once in a lifetime experience, the scale of the venue means it can’t tour and is unlikely to be replicated anywhere else. We can’t recommend this event enough for fans of Star Wars.