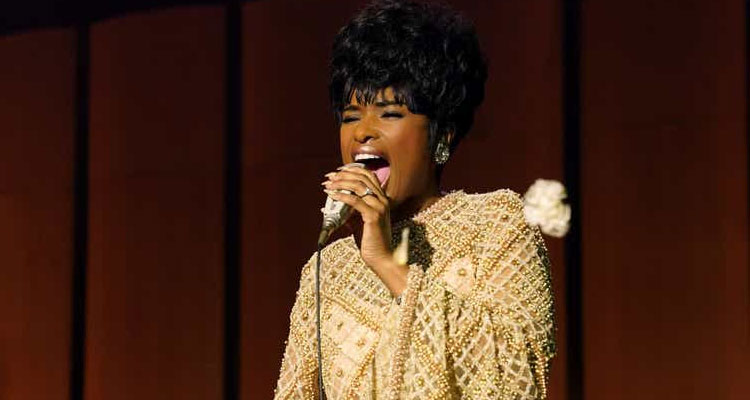 The Plot: Aretha Franklin (Jennifer Hudson) always had soul. Whether it was singing in her father C.L.’s (Forest Whitaker) church as a child or her ultimate path to international stardom, she had a singing voice powerful enough to be heaven-sent. To get to that point, she had to prove herself to her father and deal with his disapproval of her choice of partner in Ted (Marlon Wayans). While searching for that one hit song to make her name, she chose not to lose sight of her ambitious goals. It’s all about finding… r.e.s.p.e.ct…

The Verdict: ‘Be your own artist, and always be confident in what you’re doing. If you’re not going to be confident, you might as well not be doing it.’ The late Aretha Franklin was known as the Queen of Soul and had an unshakeable belief in herself at a crucial time for African-American representation during the Civil Rights Movement. It was a life well-lived, still drawing sold-out crowds well into her elder years. Inevitably, such a significant figure in American music and culture would end up with a Hollywood biopic and here it is in the attractively-packaged form of Respect. Former Oscar winner Jennifer Hudson, hand-picked for the role by Franklin herself, is given the challenging task of embodying all that Franklin represented. Not just in her voice, but also in her cultural impact and her personal life coming from a privileged background but still having a rocky road to stardom. Hudson succeeds, but is the rest of the film worthy of her and Franklin?

The script by Tracy Scott Wilson from a story by Callie Khouri (Thelma & Louise) charts two decades in the life of Franklin from 1952 – 1972. From her childhood to finding eventual fame with songs like Respect to building up to her iconic series of gospel performances at a Baptist church in Los Angeles – as documented in the kinetic 2018 release Amazing Grace. Along the way Franklin has to contend with a music industry that isn’t quite in tune with her experimental wavelength and personal difficulties closer to home. As with many biopics about public figures with well-documented, richly-detailed lives, first-time feature director Liesl Tommy has focused on too much ground to cover. There’s a lot packed into the extended running time, a sort-of Aretha Franklin’s Greatest Hits in cinematic form, along with a few crashing lows for added dramatic effect. That’s fine for a standard biopic, but Franklin was anything but standard. If there was a mold for soul singers, she broke it long ago.

Tommy’s focus is scattershot at times. Franklin’s ascent to stardom is documented in spiriting fashion, as she battles through the male egos trying to dent her confidence. Less is known about Franklin’s work with the Civil Rights Movement and Tommy only gives it lip service here. Some of the supporting characters are underdeveloped, leaving Forest Whitaker coming across as very kind in one scene and incredibly harsh in another as Franklin’s father. He’s incapable of a bad performance of course, but one gets the sense that C.L. Franklin was a much bigger player in his daughter’s life. This doesn’t quite translate in the film though. The tone of the film is reminiscent of a scene in which Franklin travels to Birmingham, Alabama (significant for other reasons) to tease out a song with a local band in the recording studio. There are false starts, cut-outs and various attempts to find the right rhythm for the song. The film is similar in that it can’t quite settle on what made Franklin such an extraordinary talent.

Made with the co-operation of Franklin’s family, there are benefits and pitfalls that come with that such as the film being too safe and respectful. That’s not to say that the film doesn’t work though. Hudson is terrific in the lead role and drives the film forward with conviction, so there are enough good things here to warrant an honourable mention. While the film covers her personal and professional life in some detail, it doesn’t illustrate the tremendous energy she could generate as a soul singer and performer in a room filled with other people. For that, you should seek out the amazing Amazing Grace. A decent biopic then, but nothing more than that.