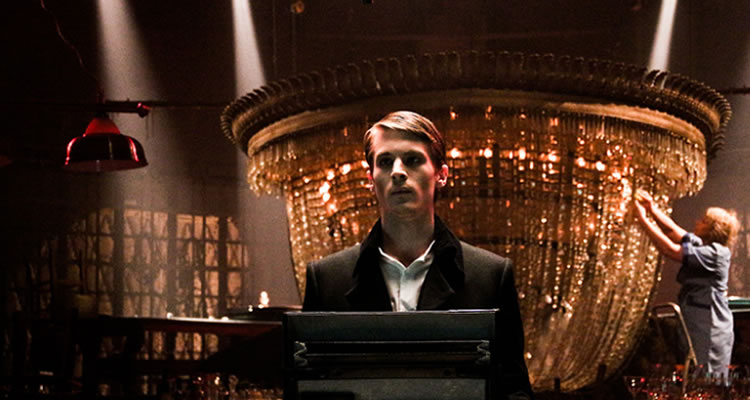 THE QUEEN OF SPADES (Russia | Italy/TBC/120mins)
Directed by Pavel Lungin. Starring Ivan Yankovskiy, Kseniya Rappoport, Igor Mirkurbanov, Mariya Kurdenevich, Evgeny Zelensky.
THE PLOT: Andrei (Ivan Yankovskiy), a young tenor at a renowned opera theatre, has been obsessed with Opera singer Sophia Meyer (Kseniya Rappoport) since he was young. Now dating her Meyer’s niece Lisa (Mariya Kurdenevich), Andrei sees his chance to work with his idol when she returns to Russia to stage a production of Tchaikovsky’s opera ‘The Queen of Spades’. As Andrei and Sophia get to know one another more, Andrei is drawn into a dangerous world, one that may end up costing him everything.
THE VERDICT: Based on the opera o the same name by Tchaikovsky, which in turn is based on a short story by Alexander Pushkin, ‘The Queen of Spades’ feels as though it has taken inspiration from The Phantom of the Opera – the book by Gaston Leroux, not the musical – and the recent Natalie Portman film Black Swan, as it examines obsession to be the best, and how this more often destroys rather than accentuates. The trouble with ‘The Queen of Spades’, however, is that the descent into true madness takes too long then happens at a gallop, leaving much of the film’s 120 minute running time feeling loose and drifting.
Ivan Yankovskiy leads the cast as the young Andrei, and while the actor gives the character a certain passion, the decisions he makes are often unclear to the audience, making it hard to root for an erratic and foolhardy character. Kseniya Rappoport brings grace to Sopha, and handles the darker side of the character well, but as she is written, Sophia feels as though she belongs in 19th century Paris, not present day Russia. The rest of the cast features Mariya Kurdenevich, Igor Mirkurbanov and Evegny Zelensky.
Pavel Lungin and David Seidler’s screenplay places Tchaikovsky’s opera front and centre of the film, and tries to have Andrei mirror the lead character in the Opera; Hermann. Since this is a choice that Andrei makes, rather than one that develops through the narrative, this seems something of an odd choice, and while it is true that Andrei’s descent into madness and ruin is complete by the end of the film, this all takes place in the final act, meaning the first 90 minutes of the film often feels as though it is going nowhere.
Pavel Lungin’s aim as director seems to have been to recreate the artifice of the opera, and to shine a light on the bubble that these characters operate in, with little regard for the outside world, but this just makes the film feel artificial in the wrong way, creating a world that is to specific and contained for the audience to truly understand. The pacing of the film is a mess, with the first 90 minutes devoted to a cat and mouse game that feels entirely one sided, and a sudden change in a character that seemed perfectly logical at the start of the film, and little explanation as to what caused this change.
In all, ‘The Queen of Spades’ could be an interesting, if slightly familiar, look at the destruction that obsession can cause. As it stands however, Pavel Lungin’s film is a badly paced, over the top and unrewarding film that is more obsessed with the opera that it is named after than telling a new and potentially engaging story.
RATING: 1/5
Review by Brogen Hayes