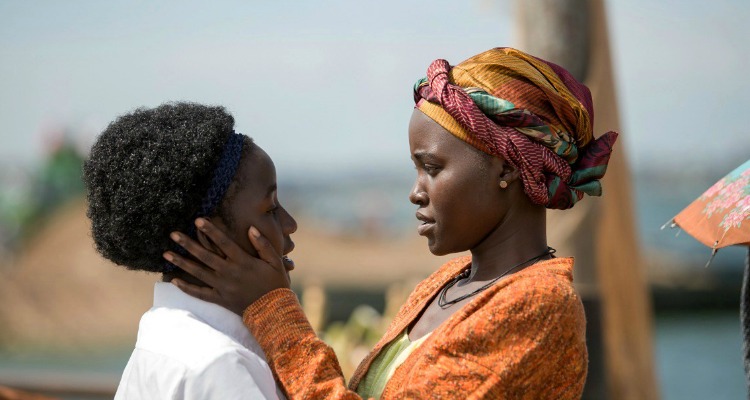 QUEEN OF KATWE (USA/PG/124mins)
Directed by Mira Nair. Starring Lupita Nyong’o, David Oyelowo, Madina Nalwanga, Martin Kabanza, Taryn Kyaze
THE PLOT: Living in a Ugandan slum and selling vegetables to support her mother, Phiona (Madina Nalwanga) doesn’t see how her young life could possibly change, until she is introduced to the game of chess. It is not long before Phiona shows true skill and logical thinking when playing the game; two things that take her far.
THE VERDICT: Based on a true story, ‘Queen of Katwe’ is an uplifting story of skill and redemption, filled with likeable characters, but there are times when the film drags its heels slightly, as it tries to cover an extended time period and multiple characters.
Madina Nalwanga leads the cast as Phiona, and she makes the character stubborn, confident and charming. Nalwanga shows great range in the role, although there are times she struggles with the character’s more arrogant traits. Lupita Nyong’o takes on the role of Harriet, Phiona’s mother, and infuses the character with grace and guts.Nyong’o is always a joy to watch on screen, and her performance in ‘Queen of Katwe’ is formidable. David Oyeolwo plays Robert, the missionary who introduces Phiona and otherkids in the area to the game of chess. Oyelowo makes Robert caring and kind, and his relationship with the younger actors in the film is lovely. The rest of the cast features Taryn Kyaze, Ivan Jacobo, Ronald Ssemaganda Ethan Nazario Lubega and Nikita Waligwa.
William Wheeler’s screenplay for ‘Queen of Katwe’ is based on Tim Crothers’ ESPN article and book of the same name. The dialogue and characters in the film are well fleshed out, rounded and feel real, but in trying to cover the time period from 2007 to 2011, there are times when the film feels drawn out. As well as this, there are characters – such as Phiona’s sister Night (Taryn Kyaze) – who have obviously been put in the film to make a point about life for Phiona and people like her, but they drift in and out of the story sporadically, and feel as though they detract from the story as a whole.
As director Mira Nair has created characters that feel real and utterly relatable, and the chemistry on screen between the cast is delightful, but the pacing of the film lets it down, and it struggles to recover. That said, there is a feel good, joyful quality to the film that feels organic, and as a whole, the film feels honest and authentic.
In all, ‘Queen of Katwe’ is an uplifting tale of strength and skill, and even though the film itself drags its heels and often feels a little messy, the performances are great and ‘Queen of Katwe’ is a film with a lot of heart and tons of soul.
RATING: 4/5
Review by Brogen Hayes