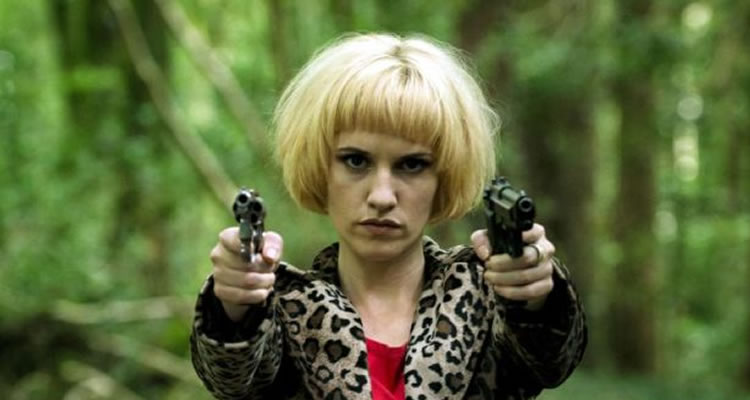 PURSUIT (Ireland/15A/95mins)
Directed by Paul Mercier. Starring Liam Cunningham, Brendan Gleeson, Ruth Bradley, Barry Ward, Don Wycherley.
THE PLOT: Based on the Irish folk tale of Diarmuid and Gráinne, Pursuit is the story of Gráinne (Ruth Bradley), who is betrothed to the much older Fionn (Liam Cunningham) with the hope that this will create peace between two rival gangs. As the happy day approaches, however, Gráinne leaves her husband-to-be, kidnaps his henchman Diarmuid (Barry Ward) – confessing she always loved him – and the pair go on the run for their lives.
THE VERDICT: The idea of taking an Irish folk tale and throwing it into an urban Irish setting is a fantastic idea for a movie, but one that doesn’t always work that well in ‘Pursuit’.
The transition from the mythological tale to the urban on the big screen makes a lot of sense and is done well, for the most part. However, there are times when names could have been changed without damaging the story, especially naming Gráinne’s father – the leader of one of the gangs – Mr King – after King Conor of the legend – feels a little precious and shoehorned in.
The cast do well with the story and certainly seem to be having fun with this Bonnie and Clyde-esque story, but it is also glaringly obvious that there are many varying levels of acting experience on the screen. Liam Cunningham excels as the dangerous and violent Fionn, Ruth Bradley makes Gráinne unpredictable but ultimately relatable, but some of the other actors come off rather stiff and wooden from time to time, making the film feel uneven.
The story is cleverly adapted for the screen by director Paul Mercier, and the action and romance work well together, but there are times when the pacing of the film struggles, and there are far too many strands, names and customs dragged from mythology into the present day.
RATING: 3/5
Review by Brogen Hayes