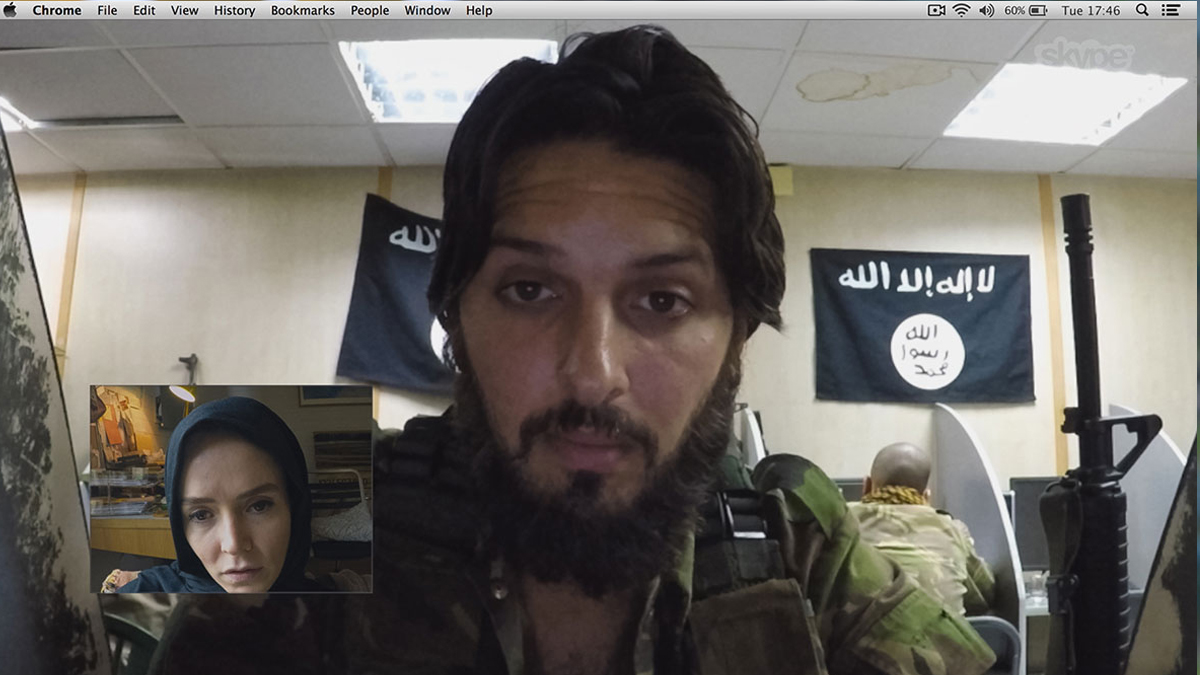 The Plot: London-based journalist Amy (Valene Kane) is looking for a scoop. Having read up on stories about ISIS recruiting young British and European women to join their ranks, she creates a fake profile to work undercover and lure in a jihadist. She’s approached by Bilel (Shazad Latif), who describes his profession as killing people where he fights in Syria. As they get to know each other, an attraction develops and Amy finds herself drawn deeper into his spider’s web…

The Verdict: Screen-based entertainment first emerged with Unfriended in 2014. An exceedingly dull film that played out entirely on various screens on a laptop desktop, it tried unconvincingly to pass itself off as a horror film for attention-deficit audiences. Since then, other screen-based films have emerged within various genres like Searching – a surprisingly effective attempt at a missing-person thriller. Profile takes the format once again and adapts it for a drama with vague thriller undertones to test the boundaries of what can be done with this curious new breed of Skype-sponsored films. Not much really. The screen-based concept is as clunky and unwieldy as before, limiting its narrative possibilities and draining the story of what little dramatic tension there already is. Profile has its work cut out from the beginning.

Why this three-year-old film sat on a studio shelf and is only emerging in cinemas now remains a mystery. It already looks quite dated, not just in its story but in its format. After the last 17 months, aren’t we all tired of seeing people talking in little boxes onscreen rather than actually talking face-to-face? To be fair, unlike other films of its ilk this one is inspired by a true story. French journalist Anna Arelle wrote a book called In The Skin Of A Jihadist about the online recruitment of teenage girls and young women into ISIS. The infamous case of Shamima Begum is a typical example of this. Director / co-writer Timur Bekmambetov has used this undercover story to show how even journalists can be drawn into this dangerous web of secretive terrorism. Amy, posing as a slightly younger woman called Melody who has converted to Islam, attempts to lure in jihadist Bilel who is fighting on the ground in Syria. Over their video calls and messages, the shy Amy is charmed by Bilel and he encourages her to come to Syria to fight with him and be his partner.

Profile at least starts well, establishing the character of Amy, her lifestyle and the pressure she’s under to deliver from her seemingly always-available boss Vick (Christine Adams). As she chats to Bilel and asks about joining the jihadist movement, there is an edgy tension there to see if he can twig to what’s really happening early on. As the story wears on though, it becomes increasingly implausible as Amy makes all manner of mistakes. The story then becomes more like Profile: How I Catfished And Fell For A Jihadist – which doesn’t do it any favours. Bilel seems like a smart, tuned-in guy who enjoys killing and believes in his cause… and yet Amy comes across as convincing to him, even though she’s barely convincing to the audience. There is a singular lack of focus on the character of Amy here. She’s a very distracted woman, fielding multiple simultaneous calls from Vick, her irritated boyfriend, her sister and more over the course of the film along with looking at cat videos and researching the freezing of her eggs. It gets exhausting trying to keep up with her erratic screen-hopping antics.

There’s a seed of a really interesting story in here, about how young women can fall prey to shady ISIS recruitment tactics and then end up in tragic warzone lifestyles that affect their future prospects. That combined with an undercover journalist story should be a juicy, topical story taken from a female perspective. Instead, Profile is a rather boring and tedious film saddled with a restrictive setup that never escapes from the confines of its rectangular screen. There’s no opportunity for that seed to grow here, buried away as it is behind various tabs and windows in an environment as chaotic and non-sensical as its lead character’s mind. Why talented filmmakers like Bekmambetov (Night Watch, Wanted) persist in making these awkward screen-based films is another mystery. Time to put them in the recycle bin at last? This is one unconvincing Profile to click out of. 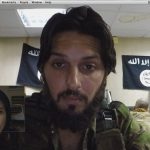