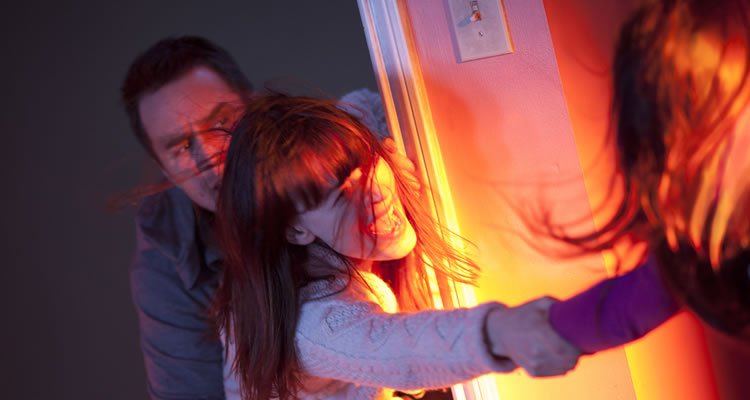 HORROR REMAKES THAT TURNED OUT GREAT

It’s been over thirty years since cinema audiences were first exposed to the “family friendly” scares of the original ‘Poltergeist’ movie, although truth be told, any unfortunate kiddies brought along to see it with their parents probably didn’t sleep very well for the next decade or so. Now with the remake starring Sam Rockwell, Rosemarie DeWitt and Jared Harris opening in Irish cinemas this month, audiences might be concerned that Hollywood is hitting up the remake barrel again. But fear not, fellow horror lovers, as there’s been plenty of times when revisiting a classic horror has actually brought about another great scary movie for a whole new generation to enjoy!

Here’s our picks for the five best horror movie remakes ever made:

Just fear years after the original J-Horror had cinema-goers screaming into their popcorn and eternally fearing little girls with long dark hair, along came the then relatively unknown director Gore Verbinski to bring the creepy Asian ghost story to American audiences. Coming across like the hybrid child of David Fincher and Alfred Hitchcock, Verbinski’s take on the tale kept things mostly true to the original, while still maintaining a sense of weird ambiguity, which is something you just don’t see in mainstream Hollywood horror. Nor is leading actress’ Naomi Watts performance, playing a gut-wrenching yet hard-as-nails reporter who is willing to do whatever it takes to save her son from the virus-like videotape that kills anyone who watches it within… (adopts scary voice)… seven days.

A little over a quarter of the century after George A Romero’s seminal classic, with the brain-dead commercialism subtext even more pertinent than it was then, except this time the zombies are even scarier because they can run faster than most Olympians. Director Zack Snyder set out his stylish stall early, kicking off with the news-montage opening credits sequence showing the slow-crumbling of society over the soundtrack of Johnny Cash, and things only get more morbid from there. A great cast (including Phil from Modern Family!), some fantastic scares as well as some genuinely funny scenes – remember the celebrity zombies? – and a lot of inventive gore went a long way towards making it one of the best horror movies of the 00s.

Back in the 1980s, nobody did Body Horror quite like David Cronenberg. Building up through the likes of Rabid, The Brood, Videodrome and Scanners, it’s probably fair to say that The Fly is Cronenberg’s horror masterpiece. Featuring a phenomenal performance from Jeff Goldblum as a scientist who accidentally merges his DNA with that of a fly, then slowly begins to degrade into a half-human/half-fly hybrid (flybrid?), while still trying to woo journalist Geena Davis even as parts of his body are literally falling off. The 1958 original is seen as a retro-classic, but the practical special effects to be found in the remake are still stomach-churningly impressive even today.

The 1956 original is still a great horror film, even if the anti-Russia subtext is a little too obvious now, but the Philip Kaufman directed remake stands head and shoulders above it. A group of people in San Francisco discover that the population is slowly being replaced by emotionless alien clones, this is pure, unnerving, paranoid-inducing psychological horror of the highest degree. Donald Sutherland, Brooke Adams and Jeff Goldblum (again!) ground the potentially silly plot in all-too-scary reality, and that final shot is one that’s still scorched in our minds. They tried to remake it again in 2007 with Nicole Kidman and Daniel Craig, but failed miserably.

A remake of 1951’s The Thing From Another World, and prequelized/remade in 2011 with Mary Elizabeth Winstead, John Carpenter’s take remains not only the best version of the story, but still one of the best horror movies ever made. A group of scientists in the Antarctic discover something in the ice, an alien life-form that can assume the appearance of anything or anyone it kills, picking them all off one by one. While Kurt Russell is the leading actor, the real star is Rob Bottin’s special effects, creating nightmarish visions of the alien monsters, something that today’s CGI just can’t replicate.

POLTERGEIST is at Irish cinemas from May 22nd