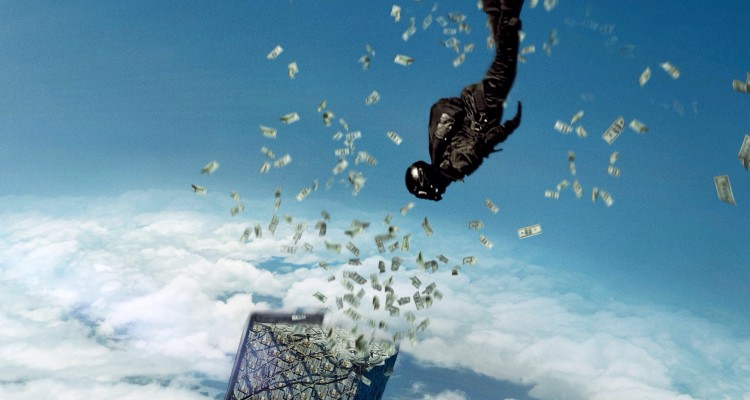 POINT BREAK (USA | Germany | China/12A/114mins)
Directed by Ericson Core. Starring Edgar Ramirez, Luke Bracey, Ray Winstone, Teresa Palmer, Delroy Lindo.
THE PLOT: After his friend is killed while motor biking the Spine Trail, Johnny (Luke Bracey) turns away from his life of extreme sports to become an agent for the FBI. Seven years later, as Johnny finally nears the end of his training, a gang of criminals use extreme sporting techniques to rob the rich and give to the poor. Knowing his name precedes him, and suspecting that the gang are trying to complete a series of eight challenges and ordeals, Johnny sets out to infiltrate the gang and take them down from the inside.
THE VERDICT: This remake of Kathryn Bigelow’s 1991 film seems fairly unnecessary since the original is so beloved, and has been lampooned and parodied many times over. The idea of bringing the story into the present day may have seemed like a good idea on paper but, aside from some impressive stunts and pretty underwater cinematography, this new screen version of the film is clichéd, hackneyed and laughably self involved.
Luke Bracey takes on the leading role of Johnny Utah and frankly, has very little charisma on screen. Édgar Ramírez fares slightly better as Bodhi, but is never really given a chance to develop his character. Elsewhere Ray Winstone turns up to be grumpy and shouty, Teresa Palmer gets to surf once as the love interest Samsara, and Delroy Lindo plays an FBI instructor who takes a chance on the plucky Johnny.
Kurt Wimmer’s screenplay adds the layer of the thieves stealing from the rich and giving to the poor to ‘give back’ to the planet for being able to pull the stunts they pull, as well as the idea that fulfilling eight ordeals will lead those that do to spiritual nirvana. This could have enriched the original story, but instead paints the gang of criminals and their adrenaline charged lifestyle as anything but aspirational, and in fact, rather self involved and smug. The film is also filled with terrible dialogue and faux-enlightened spiritual statements, such as “If a tree falls in the forest and no-one puts it on YouTube, did it ever really happen?”. All the film lacks is a speech from a preachy vegan about the benefits of following a plant-based diet.
Director Ericson Core, whose previous film was 2005’s ‘Invincible’, manages the action scenes fairly well, shooting them in an exhilarating way and making the scenery of the planet look beautiful and vast. This is where the fun ends however, with little chemistry between any of the leads and some rather terrible CGI undermining any charm the film could have had.
In all, ‘Point Break’ tries hard to update the original, but with terrible dialogue, vague notions of ‘giving back’ as the motivation and little chemistry between the lead actors, the film fizzles rather quickly. There’s some nice cinematography in there though.
RATING: 1/5
Review by Brogen Hayes