To celebrate the release of the new Phil Lynott film in Irish cinemas on December 26th we have some fantastic merchandise to giveaway, including an exclusive Philo mask! This new film from the multi-award winning director Emer Reynolds tells the story of how Philip Lynott, a young black boy from working class 1950’s Dublin, became Ireland’s greatest Rock Star as front-man for Thin Lizzy. 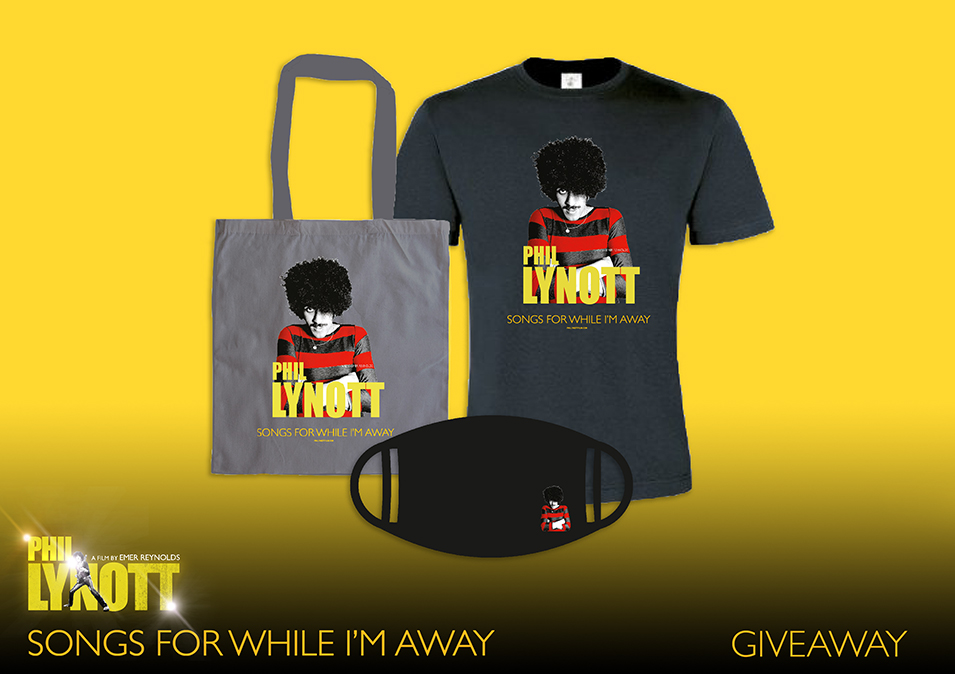 ABOUT THE FILM
PHIL LYNOTT: SONGS FOR WHILE I’M AWAY is a feature documentary on the life and music of Phil Lynott, telling the story of how a young black boy from working class 1950’s Dublin, became Ireland’s greatest Rock Star.

As lead singer of Thin Lizzy, Phil Lynott was a songwriter, a poet, a dreamer, a wildman. Told extensively through the words of Phil himself and focusing on some of his iconic songs, the film gets to the heart of Philip, the father, the husband, the friend, the son, the rock icon, the poet and the dreamer.

ENTER THE COMPETITION
To be in with the chance of winning some merchandise just answer the following easy question.
Q: What is the name of the well known Irish band that Phil Lynott sang in?