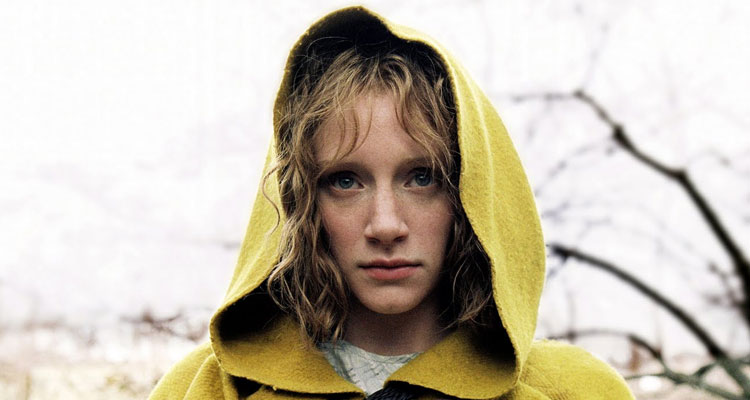 JUPITER ASCENDING is released in Irish cinemas this week; coming from Andy and Lana Wachowski – and keeping their recent brilliant but mental film CLOUD ATLAS in mind – it is sure to be one of the most bonkers film releases of 2015. Here at Movies.ie, we love a good bonkers movie – we gave Terry Gilliam’s THE ZERO THEOREM 4/5 after all – so we decided to take a look back at some of the best movies that are downright nuts.

A hurricane threatens LA, but as it crosses the ocean it somehow manages to suck thousands of sharks up out of the water, and send them flying through the city with human snacks on their mind.
Don’t try to understand the science of SHARKANDO, or to wonder what thousands of sharks were doing hanging around the path of a hurricane, or how they didn’t asphyxiate before the hurricane made landfall. Instead, sit back and marvel at the bonkers brilliance of SHARKNADO; a film that sends sharks hurtling through the streets of LA, stars Tara Reid and managed to become a trending topic on Twitter in 2013.
SHARKANDO has already received a sequel titled SHARKNADO: THE SECOND ONE – which has the brilliant tagline ‘Shark Happens’ – with a third due for release in 2015.

The untimely death of Robin Williams last year sent many of us searching through our DVD collections to watch the man’s greatest works. One such work was the immensely mad TOYS.
Released in 1002, TOYS tells the story of a military general who inherits a whimsical toy factory, and begins making war machines, much to the horror of his nephew and all those who hold the reputation of Zevo Toys dear. Leslie Zevo (Robin Williams) sets out to scupper the general’s plans, using the whimsical and wholesome toys as weapons.
Barry Levinson’s film did not do well when it was first released, despite the fact that it is madly brilliant. Robin Williams character lives in a pop-up house, drives a bumper car to his father’s funeral and wears a smoking suit, and whimsy underlines almost every moment in the film. Even Hans Zimmer and Trevor Horn’s soundtrack is on the whimsical side, and if that’s not enough for ya, Joan Cusack – who sleeps in a bed shaped like a giant suck – turns out to be a robot. Bonkers yes, but a little brilliant.

M. Night Shyamalan is known for making movies that are a little bats**t crazy, and THE VILLAGE is a particularly fine example of the director at his maddest.
THE VILLAGE starts off as a psychological horror thriller, with the residents of an 18th century village terrorised by mysterious and presumably otherworldly creatures that stalk their town at night. So far, so average, but then Shyamalan does his trademark trick of pulling the rug from under the audience, by revealing the village to be a secluded hideaway in contemporary times, paid for by the estate of its founder, who also managed to get the US government to make the village a no-fly zone… Um…?!
There is a lot that’s wrong with the third act of THE VILLAGE, but this wrongness is also what makes the movie so brilliantly mad. The idea of hiding people away in modern America is not too far fetched, but having so many people agree to keep the secret is where the wheels fall off.

Based on a novel by Hunter S. Thompson and directed by Terry Gilliam, FEAR & LOATHING IN LAS VEGAS never really stood a chance at being a remotely normal movie, but that’s why we love it.
Raoul Duke (Johnny Depp) and his attorney Dr Gonzo (Benicio Del Toro) travel to Las Vegas to report on the Mint 400 motorcycle race. Along the way, however, the two pick up a huge quantity of illegal drugs with the plan of experimenting with all of them, as is their wont.
FEAR & LOATHING IN LAS VEGAS is a bonkers and wonderful film about the fall of the American Dream, how messed up you can get while snorting adrenaline, and the dangers of examining both of the above at the same time. Duke and Gonzo are out of their minds for most of the film, and it is never clear what’s real and what’s hallucinated. Despite this, and the fact that the film doesn’t really tell a clear story, FEAR & LOATHING IN LAS VEGAS is one of the best, most chaotic and simply crazy examinations of the excesses of America.

Leos Carax’s first feature film since 1999 – HOLY MOTORS – was released in 2012. The film premiered at the Cannes Film Festival to a delighted audience who, although they probably not sure what they had watched, knew they liked it.
Over the course of his working day, Oscar (Denis Lavant) keeps many different appointments around the city of Paris and inhabits many different characters – an elderly beggar woman, a father, a lover and a weird sort of leprechaun man. The audience is unclear and the question arises; where is the line between fantasy and reality?
Anyone going into HOLY MOTORS expecting a linear story with plenty of answers may as well give up before they begin; Lavant’s character spends his day biting off peoples’ fingers, singing on rooftops with Kylie Minogue and journeying around Paris in a limousine.
HOLY MOTORS is absurd, mysterious, compelling and filled with energy; nothing makes sense and it doesn’t have to, the audience is along for the ride, and what a mad ride it is.

Honourable Mentions to: THE APPLE, LOST HIGHWAY and SNAKES ON A PLANE.

JUPITER ASCENDING is released in Irish cinemas on February 6th 2015