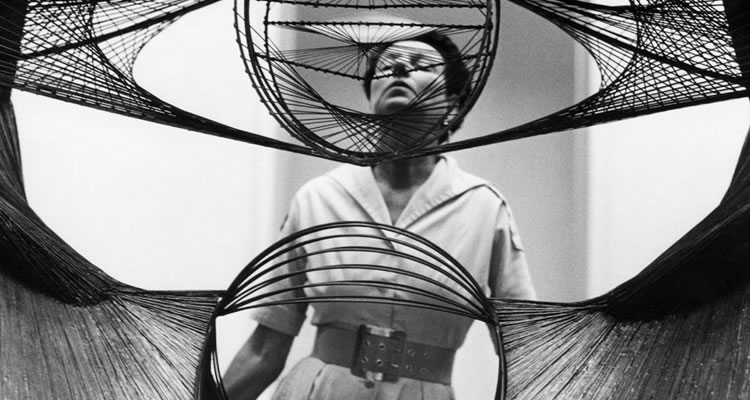 PEGGY GUGGENHEIM: ART ADDICT (USA|UK|Italy/TBC/96mins)
Directed by Lisa Immordino Vreeland
THE PLOT: Director Lisa Immordino Vreeland takes a look back at the life of Peggy Guggenheim; daughter of the Guggenheim empire and self confessed enfant terrible who began her own art collection after meeting, and becoming romantically involved with, some of the greatest artists of the 20th century. Guggenheim’s story is told with the help of newly discovered interview tapes with the art supporter, her biographers and admirers.
THE VERDICT: There is very little doubt that Peggy Guggenheim lived an extraordinary and tragic life; her father died on the Titanic when she was a small child and her sister Hazel’s children died when they fell from a rooftop. On the other side of the coin, Peggy Guggenheim became a hugely respected and beloved art appreciator, exhibitor and dealer throughout her life, and although many might say that she was not the most beautiful of women, had many high profile and intense love affairs throughput her life.
Lisa Immordino Vreeland tries her best to make Guggenheim’s extraordinary life fit within the confines of the film, but although this is a fascinating story of a woman who blazed her own trail through the art world, there is simply so much going on that the film often feels cluttered and rather manic. Interviews with biographer Jacqueline B Weld, Francine Pose, John Richardson, Edmund White and Calvin Thomas – among others – flesh out the story through their own perspectives as art historians and authors, but also serve to fill the film with voices and opinions that somehow detract from Guggenheim’s remarkable life. Add to this an interview with Guggenheim herself, and the spotlight of the story swinging from her personal to professional life and back again, and the film loses focus.
In all, however, ‘Peggy Guggenheim: Art Addict’ has a fascinating at its heart; a woman who discovered Jackson Pollack and had a profound impact on the art world. The trouble is that by trying to fit so much into the film, the focus is a little scattered and there is simply too much information to be fully absorbed.
RATING: 3/5
Review by Brogen Hayes