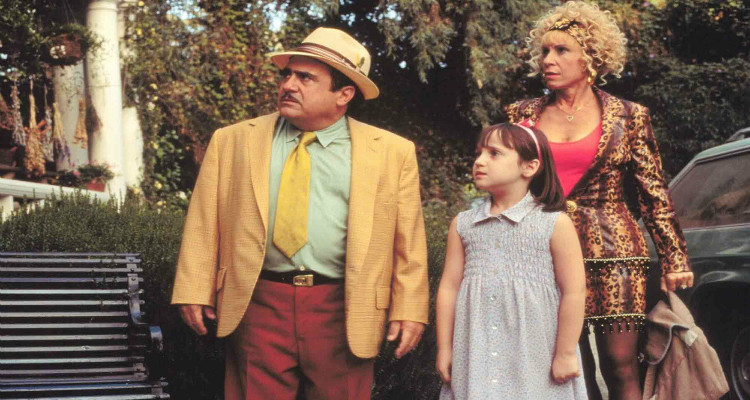 Peculiar Children in the Movies… from Matilda to Harry Potter

‘Miss Peregrine’s Home for Peculiar Children’ is released in Irish cinemas this week. Directed by Tim Burton, the film is based on Ransom Riggs’ book of the same name, and tells the story of a young boy named Jacob (Asa Butterfield) who finds a mystery than spans worlds. When Jacob finds Miss Peregrine’s Home for Peculiar Children the mystery deepens, and Jacob meets some very peculiar children indeed.

To celebrate the release of ‘Miss Peregrine’s Home for Peculiar Children’ in Irish cinemas, Movies.ie has taken a look back over some other films that featured some peculiar, weird and just plan odd kids…

Matilda – ‘MATILDA’
Directed by Danny DeVito and based on Roald Dahl’s book of the same name, ‘Matilda’ follows a young girl named… well… Matilda (Mara Wilson) who is a genius, but part of a family of painfully ordinary people who mistreat and ignore her. Matilda takes solace in books, but her frustration finds its own way out, in the form of telekinetic powers, which Matilda uses to take down the principal of her school – Miss Trunchbull (Pam Ferris) – who is a bully and a tyrant.
As well as being a wonderful tale of mystery and borderline magic, ‘Matilda’ is a story that makes the unpopular, bookish kids feel as though there is something special about them… Even if they don’t have telekinetic powers!

David Freeman – ‘FLIGHT OF THE NAVIGATOR’
In 1978, David Freeman (Joey Cramer) went missing when he was walking to collect his brother from a friend’s house. Although he believes he is only gone for moments, when David returns to his family, he learns that he has been gone for 8 years, his little brother is now older than him, and this new world is more than a little weird. And that’s not even including the spaceship that took David on the adventure of a lifetime.
Recently paid homage to in Netflix’s ‘Stranger Things’, ‘Flight of the Navigator’ is a charming story of space travel and a kid feeling like he doesn’t belong in the place he is told is home. One of the great 80s kids movies – that doesn’t really hold up in terms of special effects – ‘Flight of the Navigator’ is the story of intergalactic adventure… And friendship.

Cole Sear – ‘THE SIXTH SENSE’
Child psychologist Dr Malcolm Crowe (Bruce Willis) starts treating a young boy named Cole (Haley Joel Osment) for hallucinations, but Cole is adamant that what he sees are not hallucinations, but ghosts who walk around like the living, unaware that they are dead. Crowe decides that Cole should use his gift to help the restless souls who find themselves unable to move on, and as a result, Cole’s life becomes easier… And so does Crowe’s.
M. Night Shymalan’s 1999 supernatural thriller has been parodied numerous times, but it is a smart and engaging film that keeps audience on their toes. It is also a story of friendship and allowing people – living or dead – to come to the truth in their own time.

Alton – ‘MIDNIGHT SPECIAL’
Alton (Jaeden Lieberher) is a special kid; endowed with otherworldly powers, it seems that everyone is looking for him, including a cult with a mysterious leader and the government. To protect his son from those who seek to take advantage of him, Roy (Michael Shannon) takes Alton on the road, seeking coordinates that Alton received from an unknown source.
‘Midnight Special’ is a film that puts the strange kid at the heart of a story populated by adults. Although many in the film believe the young boy to be a messiah, the answer is more otherworldly and unsettling than it seems at first. ‘Midnight Special’ is a story of the unconditional love between a father and son, as well as knowing the best time to hold on to someone, and the best time to let them go.

Harry Potter – ‘HARRY POTTER AND THE PHILOSOPHER’S STONE’
Harry Potter (Daniel Radcliffe) lives with his aunt, uncle and young cousin, but never feels like he belongs in their home, not least because he is forced to live in the cupboard under the stairs. Strange things happen around Harry, and on the night of his 11th birthday he finally discovers why; he’s a wizard. It is not long before Harry is taken off to Hogwart’s School of Witchcraft and Wizardry to hone his natural talents, but when there, Harry learns that he is more famous than he thought, and has someone out to get him.
Of course, ‘Harry Potter and the Philosopher’s Stone’ spawned a whole franchise of magical movies, but the first is the only one where Harry feels like he is always the odd child; in both the human (muggle) world, and the world of witchcraft and wizardry. Harry’s story resonates with kids around the world, who all hope they are as special as Harry, and their letter from Hogwart’s will arrive any day now.

‘Miss Peregrine’s Home for Peculiar Children’ is released in Irish cinemas on September 30th. Watch the trailer below…