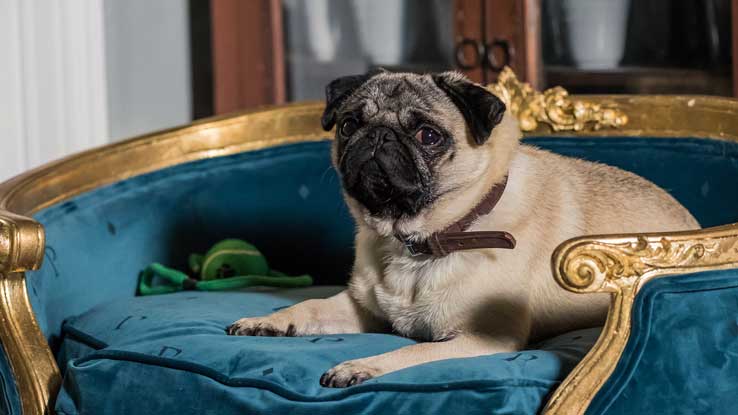 The Plot: New teacher Sarah (Beattie Edmondson) has just moved in with her boyfriend… who almost immediately moves back out. Depressed at being dumped, she finds that her late grandmother has bequeathed a surprise to her – a pampered pug dog called Patrick. It’s hate at first sight, as Patrick makes a mess of Sarah’s home. However, she soon warms to him and his friendly if somewhat mischievous manner. Having a dog as a new companion isn’t such a bad thing it seems, as it draws the attention of two potential suitors (Ed Skrein and Tom Bennett) and the admiration of her class. Patrick might just be the right dog for her after all…

The Verdict: Patrick comes with the tagline Pug… actually. It’s a pun on an oddly much-loved Richard Curtis romcom, though it’s the superior Notting Hill that actually gets a visual namecheck. Director Mandie Fletcher and co-writers Vanessa Davies and Paul de Vos were obviously hoping to do a doggy spin on the well-honed Curtis Romcom (TM). That’s a lofty ambition, setting up characters who seem to exist solely in the movie world. It worked for Curtis, but it clearly doesn’t work here. We have a stern principal who changes personality overnight, far-fetched plot contrivances and a weak-handed approach to its odd couple. It’s more like Ugh… actually.

Who doesn’t love a cute dog movie? Well, cat lovers and eye-rolling cynics perhaps. Neither will find much to convince them here. There is a seed of an entertaining idea, contrasting the constantly flustered Sarah with the more laid-back Patrick. It had the makings of an oddball romance between woman and dog, as they bond over adventures and misadventures. The problem is that the execution is so mediocre that it struggles to elicit more than a chuckle. Sarah ping-pongs between two barely-written love interests, doing a disservice to Edmondson’s likeable if somewhat two-dimensional character. Other characters, including Jennifer Saunders’ cake-loving teacher and Bernard Cribbins’ old fogey (still going, bless him) appear to be parachuted in from a British television sitcom.

Television is an apt reference point, since the end result is more suited to the small screen. Its faults are more forgivable when you can change channels quickly. In the dark of the cinema, Patrick has you cornered and soon grates on the nerves. It wouldn’t be unkind to the human performers to suggest that the dog gives the best performance. With those cute / ugly features, it’s hard not to fall for him. The doggy drama does work, but Fletcher makes a dog’s dinner out of the human drama. The two never quite bond in the way that was presumably intended. Even Turner & Hooch was better than this. So, what we have here is a pleasant film that is happy with being what it is and nothing more, barely getting by on its cutesy moments. Richard Curtis can rest safe and sound. This dog has no bite. 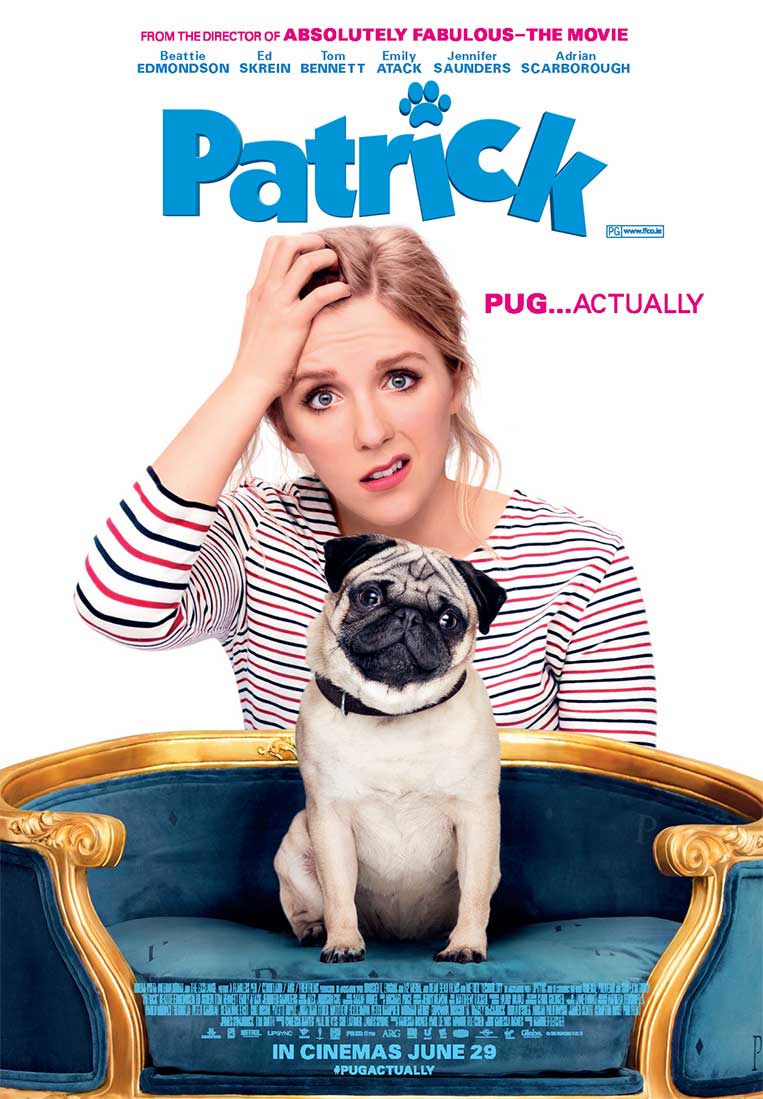