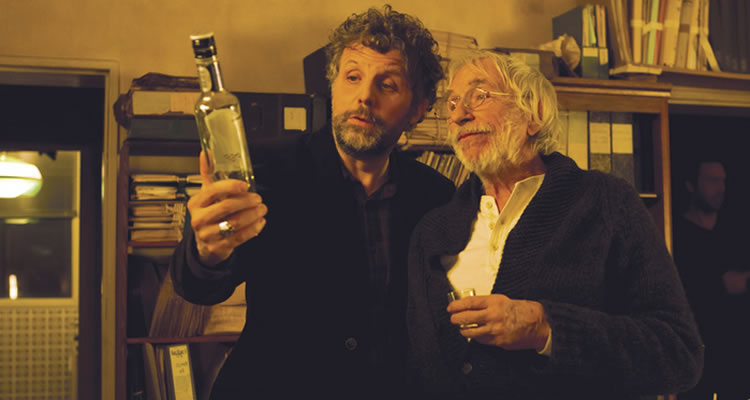 PAPER SOULS(France/IFI/90mins)
Directed by Vincent Lannoo. Starring Stephane Guillon, Julie Gayet, Jonathan Zaccai, Pierre Richard, Jules Rotenberg, Claudine Baschet, Marc Olinger, Alain Azernot.
THE PLOT: Having lost his wife, and almost his will to live, five years ago, retired novelist Paul (Guillon) has turned his mourning into moolah by offering his services as a funeral speech writer. Living like a ghost suits Paul, with only his elderly neighbour Victor (Richard) aware of his sad existence. When a young widow, Emma (Gayet), comes to Paul with a request to write an account of her long-time deceased war-photographer husband’s life, as an 8th birthday gift for their young son (Rotenberg). Reluctant at first to take on the task, Paul is won over by Emma’s charm, and her close relationship with her son. After taking on the task though, Paul is soon visited by Emma’s supposedly dead husband…
THE VERDICT: A soft comedy about the hard reality of death, PAPER SOULS weaves a sweet amount of magic in its first half. Somehow though, like a slow death, that charm slips away gradually, as director Vincent Lannoo and writer Francois Uzan get muddled somewhere between the mystic and the mirth. We never learn the logic behind the dead man’s return, the joy here to be found in the interplay between Guillon and Gayet as they circle one another.
RATING: 3/5
Review by Paul Byrne