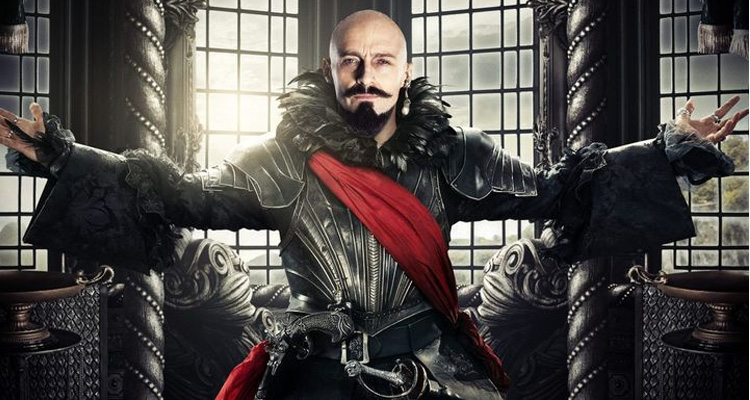 PAN (USA | UK | Australia/PG/111mins)
Directed by Joe Wright. Starring Hugh Jackman, Levi Miller, Rooney Mara, Garret Hedlund, Amanda Seyfreid, Cara Delevigne, Kathy Burke, Adeel Akhtar.
THE PLOT: In this origins story, Peter (Levi Miller) is kidnapped from our world during World War II, and taken to Neverland where he must mine pixie dust for the fearsome pirate Blackbeard (Hugh Jackman). It’s not long before Peter gets himself into trouble and it is revealed that he is destined to become a hero; a mantle he doesn’t understand and almost certainly doesn’t want.
THE VERDICT: Before we go any further, it has to be said that I am a massive fan of JM Barrie’s original story Peter Pan, and am even a fan of Steven Spielberg’s sequel ‘Hook’. Both of these stories have a sense of fun and danger and, although the ante is definitely upped with Pan, the feeling of wonder, danger and adventure are sorely lacking.
Hugh Jackman plays Blackbeard as a pantomime circus villain, which he does well, but it doesn’t always fit the tone of the film. It’s hard to tell whether Jackman is too caricatured or the film too lacklustre at times. Garrett Hedlund channels Indiana Jones in his version of Hook, which alternates between being a good and a bad thing. Rooney Mara is consistent as Tiger Lily, and obviously has a lot of fun playing this bad ass and charming princess. Levi Miller really tries his hardest as the title character, but it is difficult to tell whether the youngster can’t act or is badly directed, so strange is the tone he creates. The rest of the cast includes Amanda Seyfried as Peter’s mother, Kathy Burke as a pantomime nun, Cara Delevigne as various mermaid and Adeel Akhtar as a charming and on point Smee.
The story, written by Jason Fuchs, doesn’t always capture the otherworldly feel of Neverland and, combined with the structure, leaves the film feeling episodic. There is tons of exposition, which feels awkward and clunky, and although all the elements are there, the film never quite comes together. As well as this, setting the film in World War II for the sake of a set piece seriously messes with JM Barrie’s story, narration comes and goes, and the pacing us uneven.
Director Joe Wright seems to have tried to make ‘Pan’ a fun romp for kids, with tons of slapstick and over the top silliness. The trouble is that chickens laying eggs in zero gravity and the circus pirates don’t seem to fit into the rest of the world created in the film. Add to this some frankly weird singing of Nirvana and Ramones songs, obvious references to ‘Moulin Rouge’ and set pieces that seem to come out of nowhere, and ‘Pan’ is a mess. Thankfully the final act finally gets the tone right and is a lot of fun, and Seamus McGarvey’s cinematography is lovely as usual, even if the spinning, bouncing point of view shots are overused.
RATING: 2/5
Review by Brogen Hayes

Review by Brogen Hayes
2
A Mess