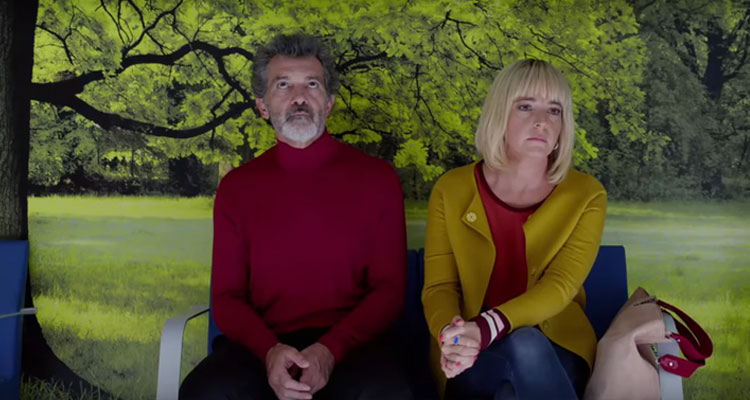 The Plot: Salvador (Antonio Banderas) is a revered director who has hit a creative block. ‘Life without filming is meaningless’ he says. He’s not in the best of health, suffering from a number of ailments that trouble him both physically and mentally. With a 30thanniversary screening of his most famous film Sabor coming up, Salvador takes a trip down memory lane. He re-connects with his lead actor, Alberto (Asier Etxeandia) with whom he had a falling out all those years ago. This also prompts him to reflect on the relationship with his mother Jacinta (Penelope Cruz, then Julieta Serrano) and how she always tried to get the best for him in life despite impoverished conditions. Whichever way he looks, the past will come back to haunt him…

The Verdict: Filmmaking is a personal affair. There comes a time in a director’s life when he/she starts to reflect on the successes, failures, memories and experiences of a career in celluloid. The late, great French auteur Agnes Varda recently gifted us a parting memorial with Varda By Agnes. Pedro Almodovar, Spain’s finest living director, has reached that point too. With his 70th birthday fast approaching in September, his latest offering Pain And Glory finds him in a self-reflective mood. It’s a new approach from Almodovar, whose films are often known for their colour, extravagance and celebration of life in all its variety. It’s inspired by Federico Fellini’s 8½, but it’s very much a distinctive Almodovar piece that follows a thinly-veiled take on Almodovar himself as the past and the present collide to dramatic effect.

Almodovar’s literate, deliberately-paced script is framed as a series of encounters with faces from the past. Some living, some now passed on. It starts with Salvador hanging out with his lead actor Alberto. Getting over their differences, Alberto introduces him to heroin for the first time. Alberto is an actor who needs to act, prompting Salvador to give him a monologue piece to perform onstage. This leads to a chance encounter with another face from the past. Buried deeper within Salvador’s mind are memories of his mother, who in later years bluntly told him that he wasn’t a good son. All of these memories could offer him a way out of his creative block… if only he had the willpower to do so. Or they could be a trap, sinking him deeper into regret about the mistakes he has made in his life.

It’s tempting to try and read something into Almovodar’s own life here. Life imitates art. Art imitates life. What is Almodovar trying to tell us about himself here? It’s open to interpretation, but he could be suggesting that Pain And Glory is a summation of his life as a director – so far anyway. The usual themes are there – desire, religion, parenthood, the affection for Madrid, strong female role models… but now looked at from a different, more personal angle. It’s a fascinating insight into the master director’s mind, but that’s not to suggest that it’s gloomy and ponderous. His script is surprisingly light and funny at times, while also dealing with the heavier themes of aging and making peace with the past before it’s too late.

Almodovar is aided significantly here by Banderas, who gives a career-best performance by toning down his character to the right level of subtlety and depth. No showy theatrics here. Just a powerful, low-key performance which more than hints at Salvador’s malaise and his problems with reconciling the past, which he appears to have walked away from in the early part of the film. Almodovar carefully structures the film around Salvador, flitting back and forth through key chapters in his life to arrive at a hopeful resolution. He achieves this quite successfully, right through to a memorable closing shot that brings the story full circle. A film like this needs a delicate balance of the past and the present in order to project a fully-rounded character arc into the future. Pain And Glory is itself a mix of the old Almodovar and a more mature, reflective and poignant one. It’s an exciting prospect for any film lover to see where he takes this next.