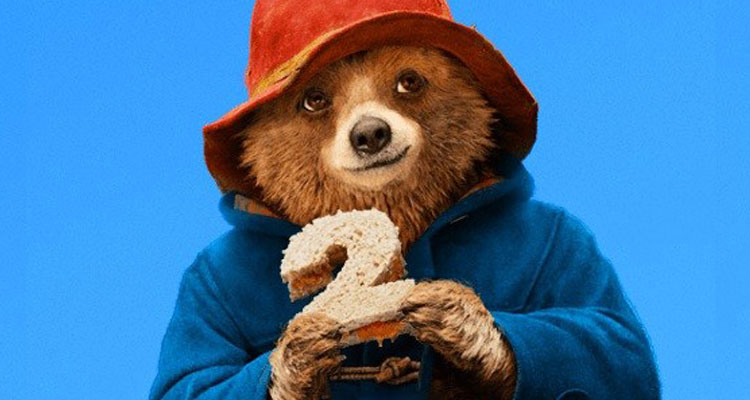 THE PLOT
Following on from the successful first outing Paddington Paddington 2 sees our heroic Peruvian bear (Ben Wishaw) wrongly accused of the theft of a stunning pop up book. In Paddington’s adventure to prove his innocence is a bevy of great actors turning in wonderfully charming performances including Brendan Gleeson, Hugh Grant and returning favourites Sally Hawkins and Hugh Bonneville. Paddington 2 is an absolute joy to experience and simply thinking about it puts a smile on my face. From the lush and vibrant cinematography to the warm and cosy score everything about Paddington 2 welcomes you with open arms.

THE VERDICT
Once again Wishaw is the star with an infectiously positive attitude but not to be outshone is the villain of the piece Phoenix Buchanan played by Hugh Grant who plays the most buffoonish yet magnetic villain seen on cinema in a long time. Every scene he was in was pure comedic gold and I couldn’t get enough of him in this film.
Technically spectacular, with wit to match and a palpable sense of joy Paddington 2 is a sequel that does everything it needed to do and more to bring us back to the world of that marmalade loving bear and so much more.
Bring the whole family to Paddington 2 and be sure to bring some marmalade for your popcorn.